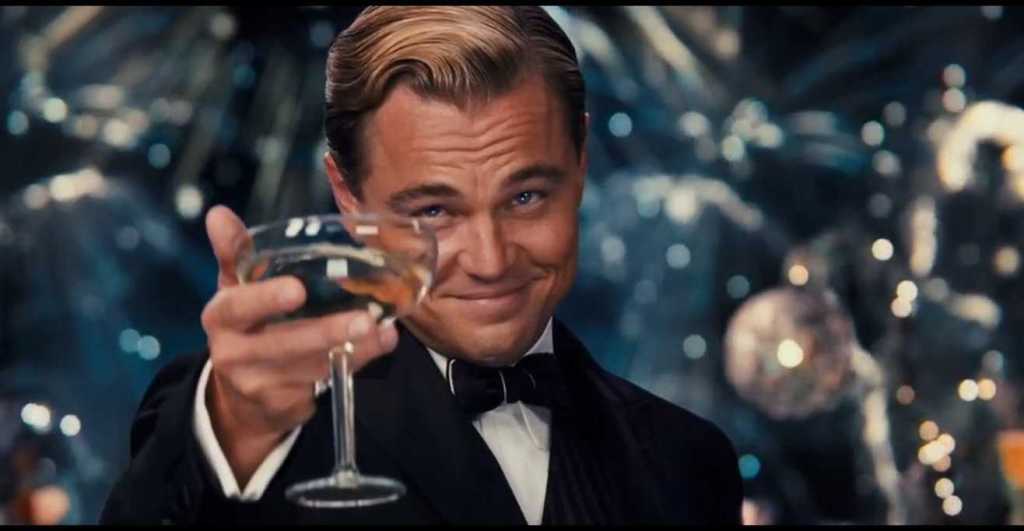 I was talking to my wife about “The Dutch House” the other night. One of the things she commented on is that I seem to have a problem with rich people. I think she was particularly pointing out this passage in my review.

The main conflict comes from what I call “rich white asshole problems”, and these are common in post-modern literature, especially the ones I don’t usually finish or like (examples: Final Girls by Riley Sager, Gone Girl by Gillian Flynn, The Girl on the Train by Paula Dawkins). These two baby boomer kids live a huge old mansion in New England. Their father, although emotionally stunted, is still there and a rich real estate mogul. But they’re mostly raised by two housekeepers/cooks. Then the father marries a shrew and they get two stepsiblings. When the dad suddenly dies, she kicks the kids out and keeps the house and money. What do the kids do? They sit in a car outside the Dutch House and smoke cigarettes and grouse. Then they find out they get a trust fund, but only for education. So the older sister “gets revenge” by making the brother go to medical school and draining the trust from the shrew’s kids. But while attending free medical school, the brother is buying buildings because he wants to become a New York real estate handler like his father.

And you see how it’s hard to relate or sympathize with these characters when you’re a grocery store manager living paycheck to paycheck in 2020 and you just saw an off-duty cop shoot your neighbor for jogging while black and it gets no news coverage.

No, you know. Fuck it. Sure, I have a problem with rich people. Why shouldn’t I?

Maybe I’ve been conditioned to because they’re the enemy in every story. Just look at the Disney Villains — 64% have wealth or status as part of their evil persona, whether its Scar or Prince Hans having high status, or Gaston and Shere Khan being rich in allies and reputation, to the just plain wealthy like Sykes and Lady Tremaine (or you can be deluded like Cruella De Vil and Madame Medusa).

In any case, they use that wealth to keep others oppressed or to get their own way. They don’t use it for good. Yzma isn’t interested in using her position to help the citizens of the Inca Empire. Governor Ratcliffe doesn’t care anything about this new land besides harvesting it for gold. Even Willie the Giant is a greedy hermit.

And that’s just Disney. There have always been rich villains — Mr. Potter from “It’s a Wonderful Life”, Lex Luthor from “Superman”, Clubber Lang from “Rocky”, the Malfoys from “Harry Potter”, Mr. Burns from “The Simpsons”, Smaug from “The Hobbit”, Zorg from “The Fifth Element”.

Usually, it’s the “popular” movies more than the “good” movies that feature a wealthy antagonist. (The “good” movies have villains are like Hannibal Lecter and Nurse Ratched – sociopaths with capability for sympathy. Class doesn’t figure into it.). “Caddyshack” is no Oscar winner, but it’s all about taking the wind out of the sails of those snobs. Likewise Hedley Lamarr and “Blazing Saddles”.

It’s the elite in “Dirty Dancing” keeping Patrick Swayze and “Baby” apart. In “My Fair Lady”, Higgins’s education leads to wealth which leads to status which leads him to believe the lower class exists to be pushed around and used as tools. This is something he never grows out of, even when someone from that lower class loves him. Same thing happens in “Trading Places”. Heck, the entire theme of “Titanic” — the most popular movie of the last thirty years, is all about how douchebag the rich are vs. how cool and fun the working class is.

I’ve seen two horror movies (“Cheap Thrills” and “Would You Rather?“) that are about “how low will you go for money?” where people pay others to do increasingly risky and sick dares. In both cases, the rich guy leaves with no consequences.

Even when they’re not really “bad guys”, they’re corrupted by wealth — Charles Foster Kane from “Citizen Kane”, the Corelones from “The Godfather”, Tony Montana from “Scarface”, Jay Gatsby from “The Great Gatsby”, anyone from the Capitol in “The Hunger Games”, Christian Grey from “Fifty Shades of Grey” (he’s a “good guy” in the book, but I’d argue he’s a metafictional villain), the Lannister house from “Game of Thrones”, anyone in a Charles Dickens book.

Of course, I must acknowledge the occasions when a rich person is or becomes a good guy. Ebeneezer Scrooge, Scrooge McDuck, Oskar Schindler, Lara Croft, Richie Rich*, maybe Werner Von Trapp for leaving it all behind to get his family out of Dodge Austria. Daddy Warbucks was a miser who made his millions capitalizing on the war, until an adorable little orphan girl softened his heart. Both Batman and Iron Man use their money to implement justice and fix the wrongs of their respective pasts. But my point is there are few of these stories and many more of the other kind.

“Pretty Woman” is an interesting example — Richard Gere wants to be with Julia Roberts, but his world of elites will not accept her because she’s a prostitute. Nonetheless, he changes the business deal he’s working on such that he loses tons of money but it’s the right thing to do. In “Clueless”, money has made Cher into a moron. And in “Ferris Bueller’s Day Off” it’s led to a wedge between Cameron and his dad that doesn’t get resolved. I’ve never seen “Downton Abbey”, but it looks like a lot of conflict comes from the differences between the family and their lower-class employees.

Even the bible teaches us to fear the elite and wealthy, for they wield terrible power and wrath. Moses was a shepherd. Jesus was a carpenter. Those are your heroes, while the enemies are King Herod, Pharoah Rameses II, Governor Pontius Pilate.

And why shouldn’t rich people be the bad guys when they so often are in real life?

How about Enron? Millions of dollars wasted away. I saw “The Smartest Guys in the Room“. They laughed about screwing over others. What was the result? The CEOs aren’t in jail and thousands of people’s retirement plans wiped out. No consequences. Maybe they all need little orphan girls. That should be the punishment — over one million dollars in fraud and you’re forced to take care of red-headed ten-year-old.

Look at all these articles about the ridiculous decadent and evil things rich people do:

Rich people are unstable, manipulative, micromanaging, lying, fraudulent, homophobic/racist/misogynist/other-kinds-of-ist, do-what-i-say-not-what-i-do control freaks. They spend money on absolute bullshit — dog wedding clothes, terrible music careers, private firefighters, and other stupid things. They ignore the environment and lie about product safety for profits. Their children’s birthday parties are salads of decadence, corruption, myopia, obstinance, and bad parenting. Anything they want to get away with, they do. When you have that much money, a fine is simply the price for doing something illegal. That story about Amazon paying no taxes because of corporate loopholes isn’t an isolated incident.

And what comes to mind when I say the following? Fyre Festival. Martin Shkreli. Operation Varsity Blues (a.k.a. the Aunt Becky college scandal). My Super Sweet 16. That guy from Tiger King who promoted the park by driving tiger cubs and strippers into Las Vegas.

And yes, like any lumped group, there are cases where CEOs and rich people do act as good guys. Warren Buffet and Mark Cuban and Richard Branson and Bill Gates have done a lot of good. But they have to struggle to stay in our consciousnesses. They are vastly overshadowed by the reprehensible. Leona Helmsley was a cheater and a liar and she left all her money to her cats. Elon Musk started as a billionaire innovator with pinned hopes of an electric car and reviving the space program. But then he started sending roadsters into space, calling people pedophiles on Twitter, being a Covid-19 denier, and generally being incomprehensible. (Did he really think he was going to get away with naming his child after a math formula?) J.K. Rowling made so much money she became a billionaire. THEN she gave so much away to charity she lost billionaire status. But does that change her anti-transgender stance?

Here’s the thing — the most basic rich person has one fundamental problem that can’t be escaped: they aren’t using their money to help others. They’re using it to make more money.

If you give a regular person two thousand bucks, they are going to use that to buy groceries, pay the electric bill, upgrade their car, get that air conditioner fixed, pay for schooling. It’s going back into the economy and used.

This is what the “Occupy Wall Street” movement was about. It failed because A) they never had any firm leadership or a manifesto/list of demands B) what do you expect to happen? How are you going to make people give back their money? All the CEOs and managers close lose their fortunes, close their businesses, and lay off dozens of employees? And you can’t steal from them. (Couldn’t if you tried — all their money is digital, tied up in money markets and investments.)

The mere existence of rich people is an affront to the “hard work, get reward” value that’s part of human morality. They say you only need $75,000-$100,000 a year to be happy and I’d agree with that. Remember Forrest Gump — “Mama said there’s only so much fortune a man really needs and the rest is just for showing off.”

It’s a strange take on these people though. We all hate them, but we want to become them.

*What did Richie Rich do? I mean, like, what were his stories like? Was he a treasure hunter like Uncle Scrooge? Go after smugglers? Invent things? Did he stay in his mansion all day and whack off?