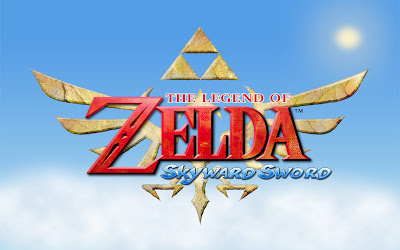 I got The Legend of Zelda: Skyward Sword for Christmas and last night was the first opportunity I had to play it. I’ve made it up to where you start searching for your bird, and here are some impressions.

The first fifteen minutes of a video game are the most important, and probably one of the hardest things to get right, because you have to do so much in a short amount of time. You have to engage the player, establish the world, teach the user how to play, and set the tone. For more information, Extra Credits has some great editorials on this, including Pacing, Cutscenes, Tutorials 101, Narrative Mechanics, but I highly recommend Skyrim’s Opening for a detailed look at what makes/breaks a video game’s introduction.

This is important to me because it’s not dissimilar to writing. You only have a few pages to entice the reader, establish your world and characters, and all without bogging the reader down in jargon or back story. Luckily, Zelda has an advantage, since they already have an established history.  And it’s pretty simple.

Wait, that’s not Zelda, that’s the unskippable three-minute instructional video that only a three-year-old with Down’s Syndrome would need to watch. Come on guys, the Wii’s been out for five years. It’s full of peripherals. I know how to put the damn thing in.

Then there’s an opening cutscene that lifts its style straight from Wind Waker — a medieval story scroll with watercolor paints and written text. Not that exciting, especially since the story gives nothing more than “evil things came out of the ground.  Ultimate power at threat. Humans are in trouble.  Everybody panic.”  Every Zelda game ever.

The difference comes from the “goddess” (who does not appear to be related to the Goddesses that created the world and the Triforce — Din, Nayru, and Farore). She protects the humans by lifting them above the land onto a floating island. So now everyone lives in a castle in the sky.  That’s all you really needed to say.

Then there’s a shot or two of what looks like a giant Deku Baba pulsing with darkness, towering over a forest. I expect we’ll be fighting that eventually, but it falls flat because A) I don’t know where this is or what this is B) It doesn’t show up or get mentioned again in the next hour. It’s a classic failure of using an action-packed prologue that doesn’t have anything to do with the central story or characters.

And that central story starts when we see a blond girl (come on, we know its Zelda, no reason to hide her) sending a message via giant bird to Link, who’s resting in a dorm. Past Zelda games have also done this where our first sight of Link is waking up: Link to the Past, Twilight Princess, Wind Waker, Ocarina of Time.  In writing, they also tell you one of the worst, most overused ways to start a story is to have the character waking up, but I got a kick out of the homage.  I’m not sure if it’s cliche or convention at this point.

And now we get to control Link. He looks a little weird with lips, but otherwise, he moves nice. This is my first time controlling it on the Wii, so there’s a few things to get used to. One is the forward roll, which is hard to execute. It’s one of my go-to moves in combat, but if you have to Press A, get a running start, then shake the nunchuck to do it?  But the room looks great. It’s realistic — with a bed, a desk, bookshelves, so I know he’s in some kind of dorm. And this delights me because school is something new for Link.

The other new things are the stamina meter, which is a bit surprising. But your run is pretty decent now — even better than the bunny hood. And you can do a little dash up walls a la Prince of Persia. I’m hoping that gets enhanced with some kind of item to do a full-on run across.

A little exploring, a little tutorial, and a little setting establishment later we now get to see Zelda. Some games introduce her right away, like Minish Cap or Link to the Past. Some wait quite a long time like Ocarina of Time. Some barely have her at all like Majora’s Mask and Wind Waker. But every game features a unique take on her character, and this one is no different.

She giggles. She holds a hand to her mouth. She looks away shyly.  She holds her hands behind her back, twisting ever so slightly. She leans into your face with wide eyes. Oh my god, they turned Zelda into every cutesy, giggling girl from every generic JP anime or video game. At first, I thought I was playing Final Fantasy or watching Ah! My Goddess.

And this is compounded by Groose — the world’s most generic anime school bully (even down to the two sidekicks) whose role is to harass Link because of Zelda’s attention to him. I’d say that he was an incarnation of Mido if he didn’t fit the stereotype to a T (and if he actually looked something like Mido and not a creepy, gold-eyed extra from Elite Beat Agents).

This is not my Zelda. Zelda, in whatever incarnation she comes in, is a strong woman. In Twilight Princess, she surrendered Hyrule to the evil King Zant, something I never thought would happen. Then sacrificed her power to Midna so she could continue her quest and, as a result, became a puppet of Ganon. In Wind Waker, she’s the tough-talking, take-no-guff pirate Tetra. Ocarina of Time?  One word — Sheik.

I really hope there’s a severe character arc change for her — I hope everything about the characters change — because if this Zelda is going to be crying over every tektite that I kill, Ganon can sleep over at my house. We’ve even got a toilet and a bath.

Everybody poops. Even Link.