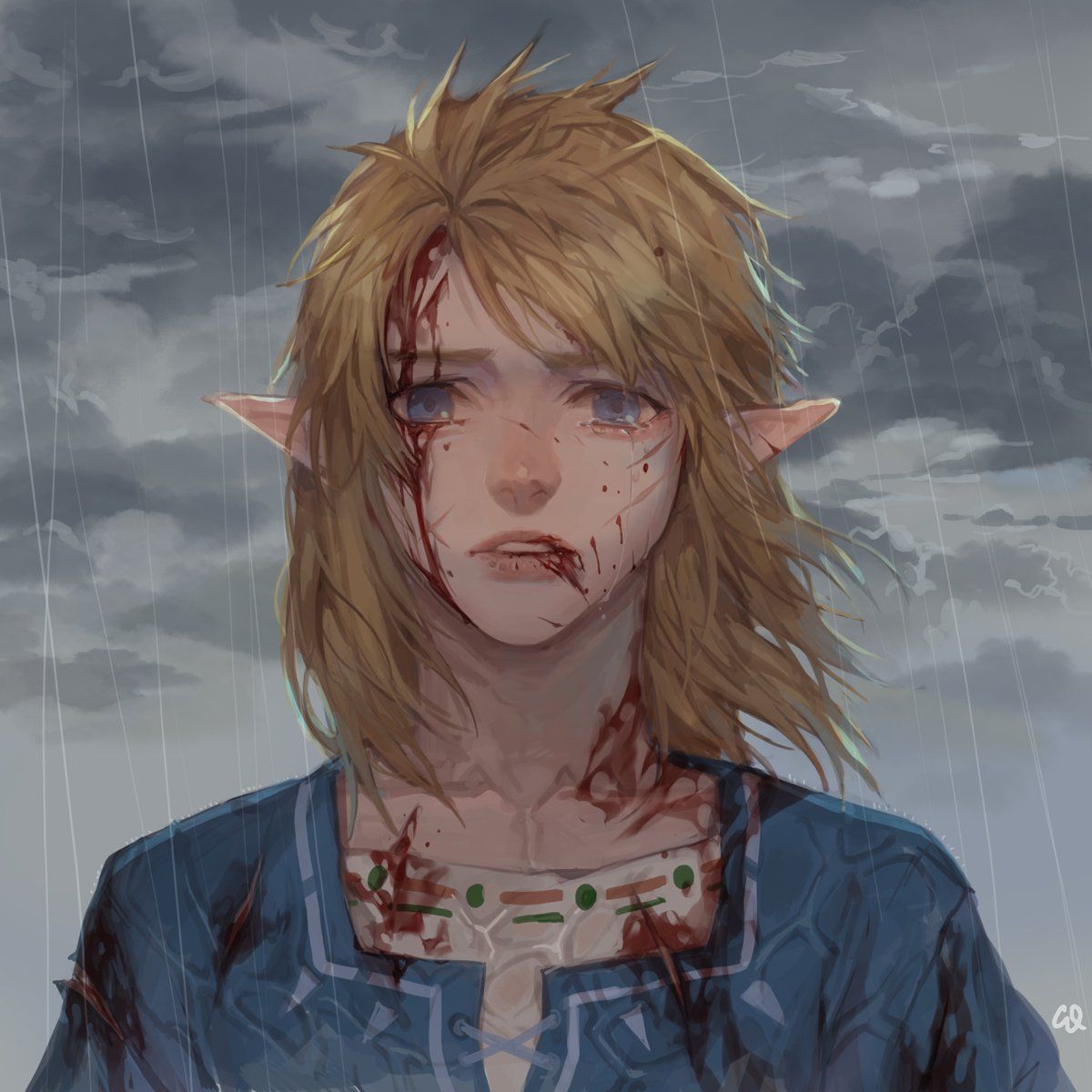 I’ve noticed a recurring theme in The Legend of Zelda that I’m not sure anyone else has picked up on. The fantasy genre and the dichotomy around the world of heroics and sword-and-sorcery and fairy tales and the like often uses this trope, but for Zelda, it’s a little unusual.

You can’t save everyone.

More to the point, you aren’t allowed to save everyone. The game won’t let you. It’s teaching you a harsh lesson that not everyone gets a happy ending.

As the games became more complex, it became easier to bake this story point into each plot, be it either a sidequest or a main twist. It might have started all the way back with Mr. Error.

Now, it’s widely believed that it’s a mistranslation, but it’s sort of not. The man’s real name is Erā, which phonetically is “Error”. I believe this is the unfortunate “meaningful” naming of a character that works in Japanese but not so much in English (see also Aeris/Aerith/”Earth”). He was meant to pair with a guy named “Bagu” which is phonetically “Bug”. So we’ve got “Error” and “Bug”, both programmer in-jokes. But Bagu’s name was left untouched. That left poor Error out there, all alone, with a confusing name and no purpose*.

Perhaps this was the impetus for Shigeru Miyamoto to put a character like this into all his games. For the next edition, we have a small side quest character known only as Flute Boy. When you enter the Dark World version of the Haunted Grove, you encounter a humanoid tapir sitting on a stump. (Everyone in the Dark World becomes something that reflects who they were in the Light World — Link is a bunny!) He asks you to find the flute he buried in the Light World. But returning his flute is all for naught. As soon as you give it to him, he says he is “fading” and asks to hear it one last time. After you play it, he becomes a vaguely tapir-shaped tree.

That’s pretty sad for a light-hearted game with cute smiley dwarves, a fat fairy princess, and lumberjacks with buck teeth. The ending shows that the flute boy recovers, but you don’t know that while you’re playing.

This sentimental downturn has been wildly successful because in the next game, Link’s Awakening, you can’t save ANYONE, because everyone is a dream. The only character to make it out alive is the Wind Fish. Everyone else wisps away like so much Thanos snap fodder. This includes one of my favorite characters, Marin, who seems to know her fate, but keeps singing as the world fades around her.

Ocarina of Time follows A Link to the Past. At the end of the first dungeon, the Great Deku Tree tells you that he can’t be saved and grays away. For this, you are kicked out of the Kokiri village. But later on, when you revisit the tree, a Deku Sprout erupts. Telling us that no one ever really dies, because life goes on.

Majora’s Mask follows suit, being the bleakest of the bleak Zelda’s. Your mission is to make sure Termina doesn’t become another Koholint Island, with everyone wiped out. But even so, not all of Majora’s black magic can be erased. When the game ends, the Deku Butler’s son remains as it was when you first encountered him.

And who knows if any of the events you accomplish in the game get erased when you travel through time.

In The Wind Waker, our sacrificial lamb is Daphnes Nohansen Hyrule a.k.a. King of Red Lions a.k.a. the guy whose beard looks like it’s a Roman column. But it’s actually a touching and poignant and significant to the plot. He sacrifices himself so that Hyrule can have a future. It’s an ode to the existing generation making the sacrifice for the young people.

Twilight Princess pulls a kind of bait-and-switch “unrecoverable” moment centered around Zelda. First, you see her surrender when Zant invades her empire, which is rather heart-breaking — Hyrule had never given up before. Then in the middle of the game, Zelda does… something to help an injured Midna can live which makes her disappear. The next time we see her, she’s a zombie in Ganon’s power, and you have to fight her. (But she gets better… once you beat her ass.)

There’s the one sage who’s killed during the “Imprisoning Ganondorf” cutscene, which is a bit distracting. The sages, in this game, are weird monochromatic uniformed entities. They kinda look like techno-angels. But you can’t see, according to the Arbiter’s Grounds, the one with the broken pedestal was the sage of water — Ruto.

At the end of it all, Midna returns to her kingdom, but then destroys the only way to do that — the Mirror of Twilight. Why does she do that? You had a real bond together. Not like Navi or King of Red Lions.

And there’s other scary moments too. What are the Interlopers? Why are they Dark Links? Why is possessed Link screaming? Why does Ilia want to stab me? WTF are those cucco-man things for real? Why does that song in City of the Sky creep me out?

In Skyward Sword, Fi makes a heartfelt goodbye when she is resealed inside the Master Sword and begins a long slumber. Although at this point I was wishing she was slumbering in a bathtub with a toaster. Nonetheless, she is a loss the hero experiences. And maybe Impa and the old woman. I don’t know. Honestly, I almost gave up on Zelda after this game.

Finally, in Breath of the Wild, our big loss is Hyrule itself. And by the end of the game, you may have banished the evil, but the kingdom is still in ruins. When you first saw the Temple of Time ruins, didn’t you have a reaction? Didn’t you feel something when you saw your first human after hours of gameplay? Know that lives were lost at Fort Hateno? Become acutely aware that, although the “wild” is vast and beautiful, it’s missing people? Missing that “lived in” feel?

There’s a little ink spot in each Zelda game. An indication that although this is a game about fighting monsters and saving princesses, not everyone gets a happy ending.

*He does have a purpose, though it’s unrelated to his name. In Mido, someone there says “Ask Error of Ruto about the Palace”. After that, Error tells you how to get to the third dungeon. But who remembers that?