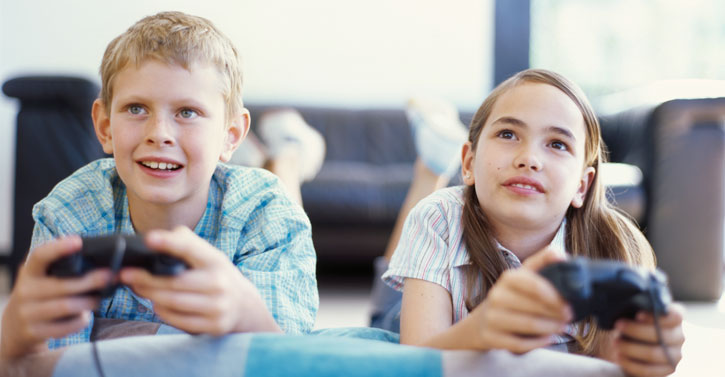 My brother-in-law was talking to my wife about what kind of video game system to maybe get his kids (one first-grader boy, one near kindergarten girl and one one-year old girl, who I presume won’t be playing). I’m the closest thing to a video game authority within four generations and eight degrees of separation, and yet, I have no idea what these kids might like. My kids still have trouble wrapping their heads around a computer. I show my two-year-old the iPod and all she does is finger through the menus. She occasionally accidentally presses an icon, then immediately backs out with the center button.

I’ve tried getting my almost-four-year-old to play Wii, starting with Wii Sports, since that seems the easiest to manage. She gets kinda bored though. The first game I showed her was golf, and now she keeps madly swinging the wiimote like a golf club for each game – baseball, bowling, and so on. I did manage to teach her to press A when prompted though. Unfortunately, she hasn’t gotten her head around Angry Birds yet — she keeps flinging the birds backwards.

I’m so out of touch that I have no idea what younger kids want — I play games like Left 4 Dead and Portal 2. But I may as well take a look. In my mind there are three possible candidates – the Wii, the Wii U (comes out in 2012), and the XBox 360 + Kinect. I don’t believe the Playstation Move is anything but a hyped-up, tacked-on Wii, and I haven’t heard a damn thing about it. For some reason, Sony is not good with peripherals. Likewise, handhelds aren’t good because we want to encourage a multiplayer experience.

Why only motion-controlled experiences? One, that seems to be the way game systems are going. Won’t be much longer till we’re in a holodeck. Two, that seems to be an easy way to introduce gaming to the less-experienced. Instead of a controller with four face buttons, four shoulder buttons, two joysticks, and start/select buttons, you simply duplicate a real-world motion. Of course, that’s a problem when you’re two and can’t even do the real-world motion right. 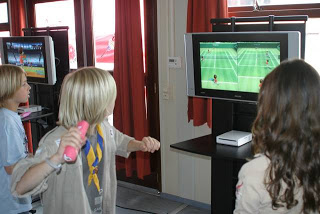 Wii is oldest and has the biggest game library. However, it seems like the Wii’s best games don’t utilize much of the motion controls — Super Smash Bros. Brawl, Super Mario Galaxy, Zelda: Skyward Sword. It should also be noted that its best games are also Nintendo games. Continuing a trend, Wii boasts the world’s worst third party support.

If you’re not buying a Ninteno-brand game, you’re looking at a glut of shovelware and licensed titles that ruin the system’s reputation. I only have one non-Nintendo game in my library (Okami). And when there’s no competition, creators get lazy (Mario & Sonic at the blah-blah Olympics). One of the highest rated games that’s not Nintendo that uses motion controls is “World of Goo”, which is a downloadable title. I find that interesting, but it’s not really relevant here.

What I do find relevant is how well my kids can play the games. The answer? Mixed. Any game that uses motion controls seems to me that it responds just as well to frantic waggling as it does to precise movements. This is good for a kid that’s not that coordinated, like mine.

But it’s bad for teaching. Nothing’s more frustrating than trying to do something you know how to do and failing (I’m looking at you, Zack and Wiki). Childhood is all about failures to launch, so a system that doesn’t forgive you for the slightest slight is going to result in a frustrated child. Of course, there’s always games that use the regular controls, which are pretty simple too — not much more than one or two buttons. But my almost-four-year-old is still unclear on the concept of holding down a button to make the race car go. 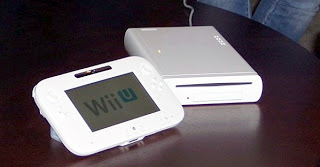 Nintendo says this system is supposed to come out in summer 2012, just a year after it was first announced. I’m a bit dubious that they’re going to make that deadline, just as I’m dubious that the system is going to be a top shelf competitor. I mean, if Nintendo’s stock plummeted after the announcement, plus the company posting lowest numbers in the last few months, what is Nintendo’s future?

If the Wii U is it, I’d say I was excited. It’s taking out some of the inaccurate waggle-waggle and instead using an iPad style interface. Let me tell you, I love this. I loved the secondary screen functionality in Zelda: Four Swords, Final Fantasy: Crystal Chronicles, and Zelda: Wind Waker. Those games integrated with the Game Boy and made the multiplayer experience that much more deep. My wife and I could both stare at a screen, but we could share different information with each other, and work together. It’s just a shame that I had to spend so much to get it. 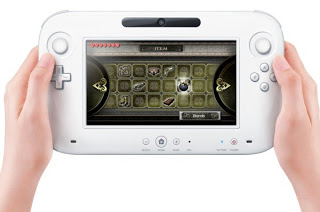 The Wii U controller will have a large touchscreen, plus camera, and microphone. That sounds like what I’m looking for. I think it’ll be easy for kids to get behind too, plus, if everyone’s working together, the parents can help out the young ones. And touching a screen is more intuitive and precise than standing up and whacking an imaginary tennis ball.

My biggest beef is what games will it have? Lego City Stories — my kids love legos, so this might be a sell. Then Super Smash Bros, which has become Nintendo’s new launcher — one not developed by Nintendo, but published by them, I might add. And a Pikmin game (which my wife can’t play because she gets sad when the Pikmin die). But that’s it.

So final verdict — I don’t know what to think. I wish Nintendo would release some more details so I could make a judgement. In fact, being less closed-door in general would do a lot for their sales. They could learn a lot from their Western counterparts, which have more liberal policies regarding open development. I always thought that Nintendo’s biggest flaw, one that’s easily fixable, is that they are way too tight with their product. It’s the same reason that Beta VCRs failed, the same reason IBM compatible PCs sold better than Apples. 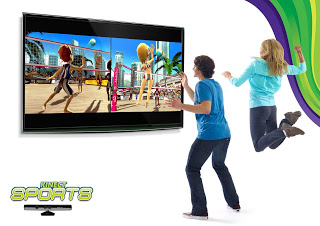 I have a hard time with validating my recommendation for this system because I’ve never set foot in front of a Kinect. Not at a friend’s house, not even at a mall demo. I have no idea how it responds, how it feels, how it plays. The one commonality I keep hearing about any motion-controlled game — Wii, Xbox, or PS3 — is that games are unpolished, the controls are inaccurate, and the system is constantly misinterpreting your actions.

What I do know is there seems to be some pretty good games for children on it. Dance Central, Sesame Street: Once Upon a Monster, Disneyland Kinect Adventures, and the Wii Sports Clones. Sesame Street alone would get my kids interested — what I wouldn’t give to play with Grover and Elmo talking to me, looking almost real. Instead, we got educational crap like Astro-Grover and Jim Henson’s Muppet Adventures. If you think 2-dimensional cartoon illustrations of muppets are bad, you should see pixelated EGA versions. 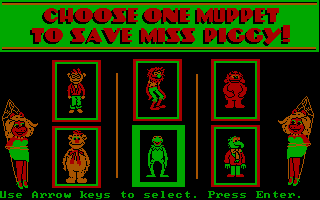 So I think the Kinect is worth a serious look. There’s no controls to worry about, no peripherals to hold. There’s just you and the screen. That seems like an ideal interface for a toddler/young grade schooler. But as I said, this is coming from someone who’s never even touched the device.