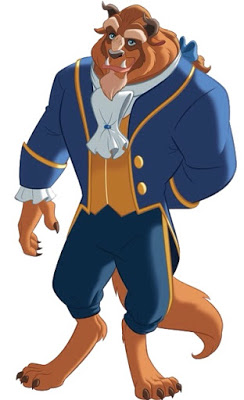 First Impression: Ooh… it’s very hard to recover your rep when you A) skulk in the shadows, wearing nothing but a cloak and pants like The Hulk B) lock someone’s father in a tower. But the whole point of the story is turning from monster to man, so…

Appearance: Resembles a giant buffalo/gorilla/bear/wolf-thing. And despite this, more people prefer his beast form to human, which resembles a French aristocrat with long flowing locks and big blue eyes. 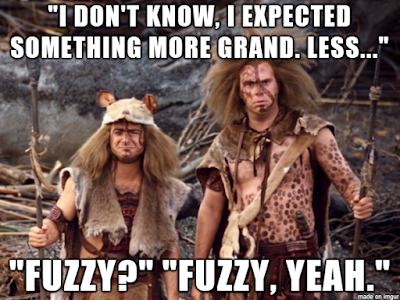 Intelligence: Sources are sketchy on this. On one hand, he’s got a huge-ass library. On the other, if you believe the deleted scenes, Belle has to teach him to read. There are all kinds of intelligence–kinetic, spatial, musical, logical–but he really doesn’t demonstrate any of these. He’s just a schmoe adapting to life with a pretty girl in his house.

Job/Source of Income: Inherited. But waning fast. I can’t imagine anyone is out collecting the taxes.

Sense of Humor: Little to none. His sense of humor comes from the way he does everything “wrong”. Some guys just aren’t funny.

Critical Fault: Verbally abusive and violent. The trope namer of the fixer-upper boyfriend.

Quality of sidekick: Despite the fact that his best friends are products from Pier 1 Imports, they stay by his side. But not because they have to, because they could have left his employ before he was cursed. But they didn’t. Something to be said for that.

Relatability: He starts out representing the dark side, the side you wish you could use when someone cuts you off in traffic or brings you into a pointless meeting. And by the end, he’s a fine respectable gentleman, and women want to date him.

Talent: Jumping, climbing, clawing, roaring. Can lick his own balls.

Does he have a name? No. Still no canon source have given dear Beasty a name. Not even the live-action film took the opportunity. Tsk tsk.