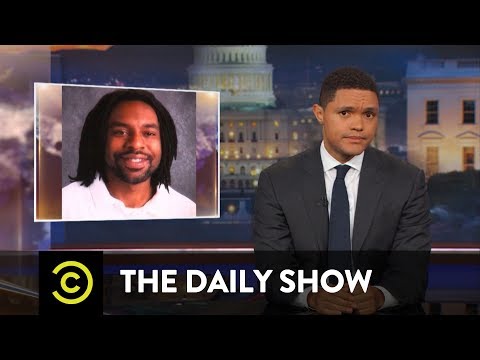 When I saw it I was like, well that’s going to fucking haunt me for a while.


This cop was scared, but something inside him wanted to pull out his gun. Because when a guy says “I have a weapon on me” he’s saying it because he’s not going to shoot you. If he was going to shoot, he wouldn’t have said anything. Even the dumbest criminal knows about the element of surprise. It’s built into our nature right down to the sponges and amoebas. If you don’t show your teeth, passerby shrimp are going to think you’re a rock. So I mean, just apply an ounce of reason to this.

But that’s not what this guy did, he had no logic and all emotion. And it was all yang. All dark emotions like fear and hate and disgust. Castile didn’t even get to finish his sentence before he was shot. And that’s what scares me. Because usually, when you think of killers, we think of of big stoic sociopaths. Ones that don’t care at all. Ones that lack humanity or empathy, who see humans as little better than worms. These are the guys in the horror movies like Jason and Michael Myers. If you want to go real life, consider Ed Gein and Jeffrey Dahmer and the BTK killer.

When I have to do bad shit or get in a situation that’s high stakes emotional, I don’t succumb to impulse. In fact, I go the opposite. My castle fortifies. It builds up bigger walls. It doesn’t let anything in. And anything that wants to have business with me needs to consult the extremely disciplined matter-of-fact man at the gates. In other words, I shut down. I’m not saying I become inactive. But I become more like Jason. All power to observance and goal, little to emotion.

That’s the opposite of this guy, Jeromino Yanez. This is the kind of guy who hits his wife and then becomes emotional and crying and says “why did you make me do that?” He didn’t think, he reacted. He jumped. And people who are jumpy jump. Is that why cops are like this? Because they’re so fucking scared all the time they PTSD jump at any slightest threat, even if it’s not there? If you want to become a cop, it’s not because you’re a coward. And this guy was a coward.

I probably wouldn’t be paying so much attention to this if it wasn’t A) right there B) I used to live right around that area. Falcon Heights. Yeah, I’m one of those assholes who says “that’s terrible, but at least it doesn’t happen in my city. My blue state city of enlightened people.” It literally happened four blocks from where I used to live. 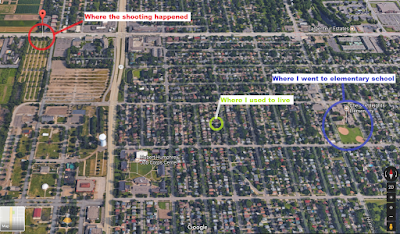 As a single-digit aged boy, I remember distinctly seeing the city sign that said “Falcon Heights” whenever we went to get McDonald’s or rent a movie or go to swimming lessons. A little bit down the street is where Dad introduced me to gyros at Dino’s. Near that is the Pizza Hut where my fifth grade teacher took me (and other students) for lunch as a prize for completing a project. It used to be a Shakey’s Pizza, where I had my fifth birthday party.

It’s not a spectacular area, but it was home. And to think of something so heinous and evil happening in my territory fills me with disgust. The only consolation is that Yanez will likely be a pariah for the rest of his life. I didn’t have this feeling until the acquittal because, like Trevor Noah said, I though the judicial system would mete out proper justice.

I was wrong. And it’s no longer enough to have faith in the system. The system must be controlled.