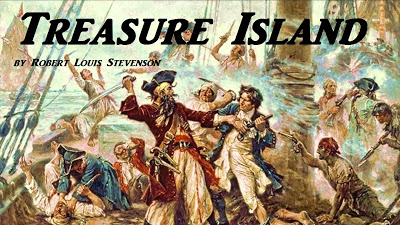 So I try to write about positive things as much as I can.  But as you know, it’s difficult.  It’s much easier to point out what’s wrong with something that what’s right with it.  Because what’s right, the good stuff, should be there by default.  We only notice when it’s not there.  But that makes positive memories hard to come by.  So I store them when I can.

So I’m reading Treasure Island to my seven-year-old for bedtime these days.  It’s not the actual text, it’s an adapted version for… children?  Lazy readers?  People of the future who won’t know antiquated words?  Anyway, it’s this one.  Judge for yourself.  I’ll just say I didn’t realize it at first and thought it was easier to read I expected.

The novel’s biggest obstacle is the roundabout story.  It’s not like Harry Potter or Charlie and the Chocolate Factory.  Characters aren’t neatly introduced and stay in the picture all throughout.  Captain Bill looks like he’s going to be Jim’s pirate friend throughout the story, but then dies one-third of the way through.  You expect clearly drawn lines between good guy and bad guy, but Long John Silver, Ben Gunn, and Captain Smollet throw all those expectations into the water.  I had the same issue with Les Miserables in fifth grade.  It took multiple readings of just the summary to understand what was going on.

Anyway, if you remember, there’s the part in the beginning where Captain Bill asks Jim to be on the lookout for a man with one leg, and pays him nicely for it.  It’s a throwaway line in the first chapter and easily forgettable.  The issue never comes back.  Much more exciting stuff happens in the meantime — pirate fights, the black spot, treasure maps, pursuit by pirates, organizing a trip to treasure island.

But MY daughter caught it.  As soon as they Long John Silver appears and he has a one leg, she gets all excited, “ooh, ooh, Dad, that was that guy, that one guy the captain was looking for, remember?”  And I said yep, you’re right, he did say that.

So yeah, just wanted to call that out for you all. 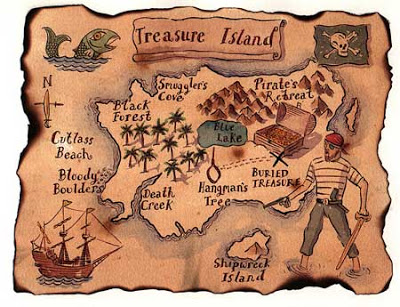