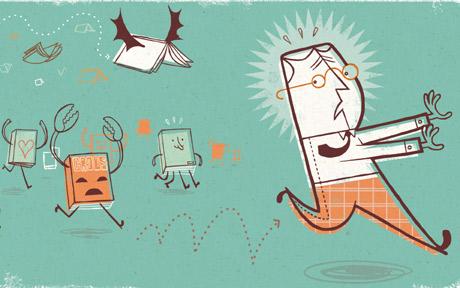 You know, you read about how agents are hungry for new ideas, new writers, for diverse voices, for innovative styles. And then something like this comes along and gets popular and you wonder how much bullshit that is. Hey, I understand. I want to write something that sells. But not like this.

I can think of very few redeeming things about this book, and they are mere sprinkles. My hate is nowhere near the Jackie Morse Kessler type, but everything about this book feels like a step backwards. The characters are uninteresting and fall into the same tropes as Twilight – girl hates nice guy, then likes him. The guy is blond, good-looking, foreign (but not too foreign, like one of those brown-skinned countries) and falls in love with her, even when she treats him like shit and shares nothing with him. He has to make every move, instigate every decision, take every action that drives the plot.

Meanwhile the girl whimpers like a wilting flower. She is weak, weak, weak. So weak I was expecting someone to say “Your princess is in another castle.” She makes half-hearted attempts at feminism and then melts into quivering Jell-o when he touches her face. Like the way to “fix her” (from the damage which is called “just living life”) is to fall in love. And of course, there’s the bully, the queen bee bitch, a “kidnapping” that goes nowhere and no one tells anyone about, the magical negro (really a Santeria-practicing Hispanic, but same diff), heavy-handed teenage rape, meaningful dreams, undiscovered powers, and worst of all, no conclusion. No one learns anything, and no part of the story reaches a culmination. Gotta sell those next two books!

And the pull-in, the fact that she can somehow telepathically kill people and he can heal, goes NOWHERE. Big Rigs: Over the Road Racing has better direction than this book. It’s not that the characters or story is boring. It’s that they’re filled with incompetence. The author isn’t, but she picked a wrong story to tell.

What do you get when you give a kid a magic dollhouse that can reach into the past and make dolls into real people? No, you don’t learn to see things from a different point of view or gain a better understanding of foreign cultures. You kidnap your nanny and keep her in the dollhouse so she never leaves you.

The concept is sound. The characters are not. He’s a boy gymnast who gets a toy castle that’s like The Indian in the Cupboard. So instead of using it to discover more about history, he uses it as a prison. Kid’s like a little Ariel Castro.

Okay, I exaggerate. The second half of the book, he’s trying to fix his mess, so he gets small, and transports to the medieval world the castle came from. He has to find the “evil king” and undo his magic. So after a King Arthurian quest, he gets there, and applies for a job as the court jester, thanks to his gymnastics. Stuff happens, and the bad guy dies in a not terribly noteworthy climax. I guess this book had a bunch of sequels, but I don’t know how. I hope the author changed characters.

I don’t know if I can call this book bad so much as disappointing. But it’s my blog, I’ll say what I want.

This book has the opposite problem of The Unbecoming of Mara Dyer. The characters are good enough, but the plot is dull. The main guy experiences no obstacles, and it’s as linear as the shoot-em-ups it’s based on. The second big problem is that the plot is a rehash of “The Last Starfighter” and “Ender’s Game”, just with modern technology. MMO’s instead of arcades. There are empty plot threads – character aspects that mean nothing and have no impact. 80’s references do not make a story. Not even comparing it to Ready Player One, it’s still a story with a lack of originality and absent of joy.

I barely count this as a nominee, because it was free and a novella. I felt the need to mention it because it got one star, and I couldn’t leave it out when Armada got two. But unlike the others, I didn’t feel hurt by this book. It’s romance, erotica, and such books are indulgences. The story doesn’t make sense — they do things even lust-minded zombies wouldn’t rationalize. But this book wasn’t traditionally published. It didn’t go through the filters. It’s meant for direct audience consumption.  Anyone who wants to pick this up is not going to worry about any reviews.