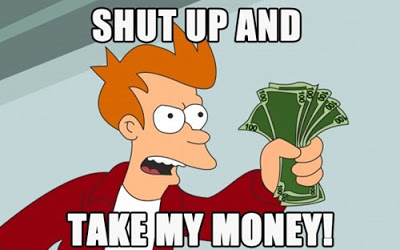 The summer Steam sale (where a whole ton of games are super-duper-discounted) is big times in the video game world. I somehow managed to control myself, maybe because I’ve got two daughters and I know time to myself is more precious than gold. So I got two games–Quantum Conundrum, from the creator of Portal, and Batman: Arkham City.

I decided to start Batman: Arkham City first. Not sure why. Maybe because I’d played Portal 2 for the second time a while ago and wasn’t feeling especially puzzle-y. Maybe because of “Dark Knight Rises” fever.

I should note that I really haven’t played a real mainstream game for a long, long time. Mostly because I’ve never had an XBox, XBox360, or PS3. I’ve never played “Halo” or “GTA: San Andreas” or “Elder Scrolls” or “Call of Duty” or “Red Dead Redemption” or “Battlefield” or “Little Big Planet” or “Assassin’s Creed” or “Mass Effect” or any of the games that have big memes these days. I have a Wii, and I’ve been plugging at Skyward Sword with my wife since Christmas. Plus I’m reluctant to get console games on a PC because the controls don’t always translate well.

Also, I NEVER get a sequel or prequel in a series first. I ALWAYS get the first one, be that the first movie, or first episode of a TV show that doesn’t get good until the third season. In other words, this an unusual purchase for me. But adapt or die. The buzz around Batman has been too great and the deal was too good.

Starting it up was a bit of a heartbreak, as I saw that you needed to sign into Windows Live. And we all know how that went for me last time. I was hoping that either that DRM goose had been killed since “Bioshock 2” and I wouldn’t have to put it on my new computer. There is nothing that’s more bullshit-bullshit than needing an Internet connection to play a game that doesn’t need one. What if your cable is down and you want to play something? Oh, whoops. You know this thing that’s on your local machine, is single-player, and you’ve already verified as owned? DENIED.

The first that happens is that you’re Catwoman and trying to break into someone’s safe. Okay, not what I expected — looks like you’ll be at least two Playable Characters in this game. Then a fight scene happens, and this is when the player first gets control. There’s no tutorial or introduction, and I’m using an XBox360 emulator for my USB gamepad, which is a converted PS2 controller. So there’s a moment of panic. Fortunately, there’s only one hit button in the game, so I quickly and neatly dispatch the guards. But I’m still not Batman yet, so I keep playing, and this tiny prologue seems mostly irrelevant.

Next, the story starts proper with Vicki Vale reporting about Arkham City. But there’s no real explanation of what Arkham City is. It appears that Gotham City has wrapped up with one huge wall and all the prisoners are free to roam, like “Escape from New York” (or “to New York”, I can never remember).

This is a new concept to me, as I don’t follow the comics or cartoons. Was this at the end of the last game? Who is Hugo Strange? Is he related to Doctor Strange? (no, that’s Marvel, that can’t be right). How did this happen? What is TYGER? Why did they arrest Bruce Wayne? How did the citizens let this happen? Did they all move out?

I don’t have much time to answer questions though, because Bruce Wayne gets taken prisoner because… reasons? Seriously, this seems a little anarchist, even for Gotham. This gives me my first chance to move around and BOY, IS THAT CAMERA CLOSE. Back off, buddy. Are you trying to read over my shoulder or something? You can have the crossword when I’m done with it.

Actually, it’s not that bad. Just takes some getting used to. It feels like back in the day when you could switch an FPS into 3rd-person (3D Realms engine games had this). But the camera is smart, which is about the highest praise you can give any video game. It zooms out when you need it to, zooms in when you need it to, and is never hampered by invisible walls.

Once you escape your handcuffs and get into the Batsuit, your first task is to get to the courthouse where Two-Face has Catwoman.

Still no tutorial, though. So I’m walking very slowly and bouncing off the walls instead of going through the front door like you’re supposed to. Plus any hints are in Xbox controller speak, and I have a PS2 controller. It’s telling me to hit RB. What is that? Red button? Right button? I’m used to R1 and R2. It says press X, but my X is their A, unless you grew up on a SNES controller where A is circle, which is really B and oh no I’ve gone cross-eyed.

But still, I’ve got a slew of abilities and gadgets, there are so many upgrades and extra content and galleries and challenges. So far I haven’t done much besides beat up people. I’m not doing any of that cool stalking and dropping or detective mode until I get to the courthouse. It expects that you remember all the skills from the previous game. I’m overwhelmed, but I’m still having fun.

Once the Two-Face scenario ends, I use the detective mode to analyze the crime scene. Then I escape into the city, and realize how expansive it is. I can grapple from building-to-building seamlessly like Spider-Man. I can pick up local surveillance in real-time, find radio signals on my bat-computer. I’ve got a Batarang, remote-control Batarang, smoke pellets, and that’s when it hits me.

I’m really fucking Batman. I’m doing things like Batman’s doing. Using technology to solve crimes, stealthily spying on conversations, taking on multiple thugs, not using guns, gliding with the cape. I’ve been missing the boat on video games, but this is the first time I’ve really felt like I was an individual superhero. I grew up in a time when a Batman game looked like this.

All you did was move right and punch. You could substitute the sprites for anyone — Superman, Wolverine, Robocop, Leonardo — and it’d be the same damn game. Move right and punch the bad guys. Batarangs or shurikens, flight or jetpacks, there was no difference. It’s like Taco Bell, just different mixtures of the same four ingredients.

But now I really feel like I’m Batman in Batman’s world, interacting with Batman’s characters and doing Batman things of my own volition (not in a damn cutscene).

Some of the writing is really bad. Especially for Catwoman. I mean, seriously, a “broke-a-nail” joke? Do you know how many fucking times I’ve heard that one? And she keeps talking sexy and saying things like “ooh, to explode this door, I’ll need a more feminine touch” and being all flirty and shit. It made me want to reach through the screen and punch her.  That’s the kind of shit she said in the 1969 series.  The lines feel cheesy and forced like they’re from rejected drafts of Batman: TAS episodes. But the art is super-fantastic. So detailed. So intricate. So many nooks and crannies to explore.

So, I like the game. In fact, I’m kinda obsessed with it. Hope I get over that before my kids go to college.

One more thing: Around when I got to the Joker’s hide-out, I finally decided I had to get the first game, Batman: Arkham Asylum. There was just too much stuff from the previous game that I needed to know. The story was part of that (despite that I know how it ended), but the gameplay too. I was trying to do the AR missions and failing miserably because there was too many buttons to think about, Riddler trophies that had no explanation, characters in the cathedral that seemed to continue something from the first game. Now I wonder if this is the marketing strategy…