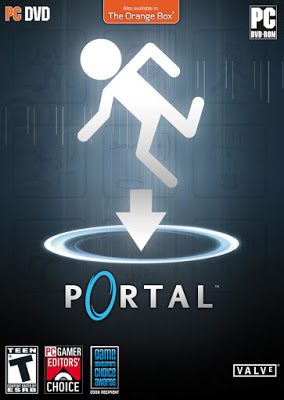 After playing FFX-2, I decided to give up the RPG ghost. Games were getting too long, and they just weren’t fun anymore. Playing the New Game+ on FFX-2, and endlessly leveling up my characters so they had all the jobs, I realized that the cost of an excellent story wasn’t worth the repetitive gameplay. It’s either you’re leveled up enough to always win, or not leveled up enough, then you lose and have to start over. Which, with my dwindling time, was not an option. Plus the games had so much cool stuff in them, you could never get to it all – you’d have to grind and grind and grind to see some random cutscene or get some item you likely didn’t need anymore. So I decided to say “no” to my beloved franchise. Which was fine – I was looking to Square for that next Final Fantasy 7 or 8, but it never came, and it looked like it never would.

So goodbye to the 50-hour games. Goodbye to three-hour gameplay sessions. I would have to find shorter games. Games like Shadow of the Colossus, God of War, and Half-Life 2. Valve was a big player by this time, and the Orange Box had come out, so I bought it as my reward to myself for getting a new job. And with the Orange Box came Portal (which was the game I really wanted).

Portal crashed onto the scene like ten-ton SUV through a concrete wall driven by the Terminator. Everyone was talking about it, every webcomic was parodying it. And I didn’t understand a lick’s worth. “The cake is a lie”? Blue portals and orange portals? “Weighted Companion Cubes”? I hate feeling left out. I knew it was a short game, but one that got a lot of Game-of-the-Year awards. So the natural step was to get the damn game.

I played it all the way through the first start-up. I heard it only took an hour to complete, but I took a little longer. This was good, because by this time, baby 1.0 was in full force and free time was at a premium. Once I installed The Orange Box, I skipped over Half-Life 2 and its accompanying episodes, which is unusual for me, because I always do everything in chronological order, and went right to Portal. I was surprised at what I got.

Why? Because the game is so minimalist. All you can do is hop, open doors, and shoot a portal gun. Besides movement, those are your sole controls. The sole character besides yourself is the narrator. And it’s hard to know whether to take the game serious or not. Oh, from the commentary, I can tell the designers put a lot of subtlety into the “story”, such as the red phone and GLaDOS’s design. But really, who is going to notice that sort of thing when you’re walking up to a giant Ghost-in-the-Shell computer matrix thing hanging down from the ceiling? I don’t know about you, but when I’m facing a Final Boss, I pay attention to the Final Boss, because I don’t know when he/she’s going to get done with the bad guy speech, congratulating me on making it this far, and pull out the rocket launcher.

But that’s what makes the game so amazing. You have the opportunity to make your own story. It’s not like Half-Life 2 where you should know what’s going on or someone should be explaining it to you. The point of the game is to have fun figuring out portal puzzles. The game jumps from a a clean sterile environment, to having a dingy, horrific background seep in, then descend into a full-scale desperation a la the teenager trying to escape the Texas Chainsaw Massacre.

What Half-Life 2 did wrong with storytelling, Portal did right. Well, mostly, there’s still plenty of stuff that the user needs to know, like your character’s name (Chell), her nature (clone), and what those things on her feet are (leg-stabilizers to hang a lampshade on the falling damage). But Portal got more things right than HL2, because they revealed what was happening and allowed you to explore it, rather than having chatty cutscenes or skipping exposition totally. What I do regret, and I hear this from others, is that they wish there was more. I do too, but not more game. That was hard enough. I want more world. And I especially want more world to bleed into Half-Life 2. An Aperture vs. Black Mesa crossover. Can you say portal-fight? Ah well, there will always be Portal 2. Or Episode 3, whatever comes first (at this rate, the sun exploding is going to come first).

This game is an example of what I now have the ability to express. Sometimes I have to wait weeks in order to play. That’s why I don’t get too many new games, or I get what I call “efficient” games. These are games that can be completed easily, quickly, but are still fun. I can’t spend time unlocking everything, buying every special feature, exploring every nook and cranny. But I also feel like I’m shooting myself in the foot. Efficient games turn out to be shallow.

It’s kinda sad really. I don’t want to be condemned to a world where I’m only playing Mario games my wife can play, but getting something like an XBOX360 seems like such a waste of money, considering we have a kid to feed and another on the way. But I get in the occasional adult game. I bought Bioshock when it was $5.00 on Steam, and I recently hooked up a PSX emulator, so I can go back and play all those great games I missed, plus revisit some of the old worlds I’ve longed for in my mind.

So that’s it. Those are all my video game memories, at least before I started the blog. Of course, if you want more, you can read my diatribes on Shadow of the Colossus, Half-Life 2, Final Fantasy, and Bioshock. Until, then I’ll see on you boards.

So good fight, and good gaming!