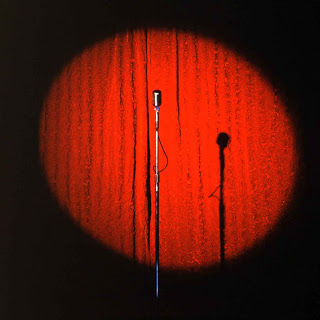 I have no idea if I’m funny. My wife thinks I’m funny. I have written comedy before. Some absurdist (CS Wars), some functional (Playable Character, Influx Capacitor) Most of my comedy comes from a MST3K/Monty Python root of silliness and sarcasm. But comedy is very difficult to translate to the narrative written word.

See? But I inject as much humor as I can into my writing. Much of my humor comes from sources that kids today wouldn’t know if it bit them on the bum, dadgummit. So here’s some of my influences.  You probably don’t care, but I do, dadgummit!  And if That Guy With The Glasses did it, why can’t I? 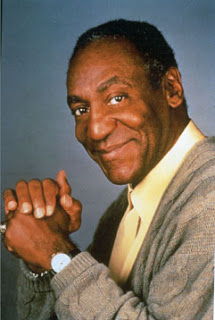 The 70’s and 80’s were a time of big change for comedians. Cable provided a new avenue of exposure, free of FCC regulations.  And the “say anything” attitude of the hippies had integrated into entertainment. Free speech was getting load tested thanks to comics like Lenny Bruce, Richard Pryor, Woody Allen, and George Carlin. What this meant was a lot of weed humor, foul mouths, rednecks, and neurotics. Not my cup of tea.

But Bill Cosby was immensely funny while still being respectable. My first exposure to him (like most people) was on The Cosby Show. I never understood why they called it The Cosby Show when no one was named Cosby. Very confusing. But the show was about the ridiculousness of children’s behavior, the difficulty of maintaining a happy marriage with multiple children, and the importance of family. It was one of the last shows to feature a man that loved his wife and kids.  Then there was Roseanne, Married with Children, and The Simpsons made it popular to make poor life decisions.

Don’t make the mistake — Bill Cosby isn’t wholesome. In fact, I rather disliked him. I thought he was a mean father. He was strict. His wife was a bitch. The children were doing the best they could for their age, and there was little forgiveness for their mistakes. So as a child, I wasn’t too interested.

But then I discovered my dad’s old comedy records (yes, records — the big, black discs). He had Bill Cosby’s first album, “Bill Cosby Is a Very Funny Fellow… Right!” with the famous Noah’s Ark bit I’d heard about, but doesn’t translate to text. And some live stuff and a “Best Of”.

Early on, his style is “Newhart-esque” “what if” scenarios.  I don’t like Bob Newhart, but I liked Bill Cosby.  As much as he makes fun of having kids, he makes fun of himself as a kid with memorable characters like Fat Albert and Old Weird Harold. He tells stories like they’re tall tales, which I love.

My favorite thing about Bill Cosby is that he’s so fun to imitate. You can almost hear his Richard Mulligan rubberface through his voice.  Most other people, all you have to do is a country accent or a stutter to do a bad impression. But like Christopher Walken, Cosby has his own way of speaking — that curmudgeonly, perpetually perturbed, grandfatherly accent full of nonsense words and scat-like consonants. I love using it on my kids, but they have no idea what I’m talking about.

BTW: You should watch “House of Cosbys”. 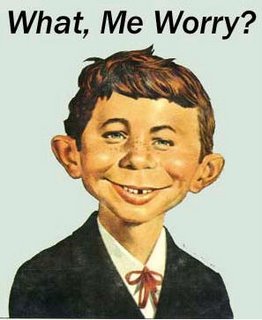 Mad Magazine has an interesting history. It started off as the brainchild of William Gaines, the godfather of adult comics. He created the horror comic genre with works like “Tales From the Crypt”, “Weird Science”, and such. In his day, comics were aimed at kids and kids only.  Not many people realize he was his generation’s Larry Flynt, challenging the ridiculous censorship laws of America. The graphic depictions of violence and sex were not kosher with the senate subcommittee.

That included Mad, which started as a comic. They had to divert the Comics Code (a self-imposed ethics code that no longer means anything. Kinda like movie ratings.) so they made it into a magazine.  That meant they could publish what they wanted, even though there wasn’t anything offensive I saw.

It’s hard to describe what Mad is. There are satires (all of which I was unable to appreciate until I was old enough to see the movies or TV shows they were making fun of), one-page comics, funny articles, lots of lists and pictorials (much of which you see in today’s Internet humor, with the plethora of Top Tens and Infographics), and incredibly detailed parodies of current events and pop culture. In lots of places, it was like an activity book, with the puzzles, humorous questionnaires, and the fold-in at the back of each issue.  Al Jaffee was my favorite. 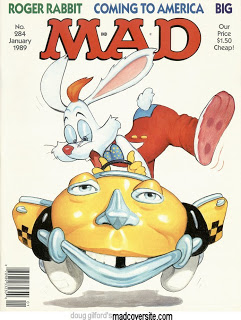 Mad caught my eye in 1989, when I saw the cover which depicted Who Framed Roger Rabbit? which I was into at the time. Don’t know why my dad bought it for me, but he did, and I became a fan. The thing I had trouble wrapping my mind around when I was young was that, as much as they made of fun of everybody, especially the fools who wrote in to complain about the content, they made fun of themselves. Frequently, they’d refer to their magazine as bird-cage material, and Bill Gaines as a grossly obese man, often the punchline of an article. This didn’t make sense to my eight-year-old self who was constantly exposed to  feel-good messages of “you’re special” and “be yourself” and “everyone loves you”.

But then I got it. It was like a light bulb, and I started adopting their sarcastic, cynical, acerbic sense of humor in my own personality. It taught me the value of parody and satire.