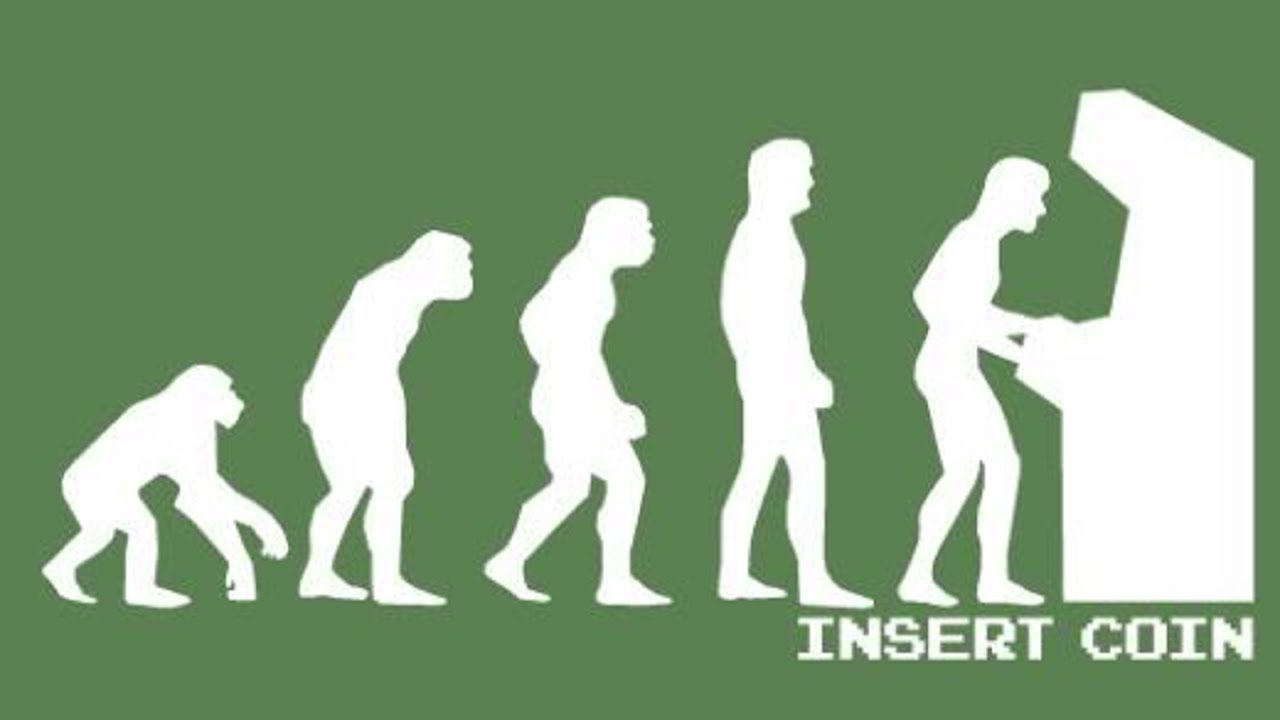 I know I said I was going to do these randomly, but then I thought to do it in chronologic order. Now this isn’t the order these games came out, these are when I played them, and even then its sketchy. My memory isn’t the sharpest bulb in the crayon box. We’ll begin with the elementary years, then middle school & early high school, then late high school & beyond – the separation for these will be explained.

Obviously the beginning need not be explained. I didn’t grow up with too many friends, but we always had a computer, and my first video games weren’t from the arcade, or an Atari, or a Nintendo. They came from arrow keys, and trying to remember how to load a game in BASIC.

You are Smiley Face Man, a rounded rectangle with a gleeful expression, and you are trapped in a dungeon full of evil ASCII characters that move toward your location one space per second. The only thing you have to defend yourself is a whip, which were limited in supply. Using a whip meant you rotated a stick in a one space radius. Upon use, the whip would disintegrate (stupid cheap whips) and you would again be helpless against the hundred other enemies on the board.

I contemplated taking this off the list at first. I don’t remember much of it. I rarely played it because it was so hard and so frustrating to six-year-old me. If I could get to the third level, it was because I was lucky before I was dead. That was because the second level puts you in a room with no walls, a thousand enemies and if you don’t scramble to get to the exit, you have no chance. And if you do get there, it’s because you plowed through a load of health-sucking enemies and now have no chance anymore because you don’t have enough health and supplies. Strangely, in these dire times, Smiley Face Man never wavered in his cheerful expression, despite these odds.

I kept it on because it was the first game I remember playing that had a story simulation – you were a guy, there were monsters, and you were in a dungeon. I never really knew why I was in the dungeon and whether Kroz was a bad real estate developer or the real estate itself. But it was the first time that I was someone else, which is important for an escapist like me. And what better escape than being in a dungeon and fighting monsters, even if they do look like asterisks and hour glasses and the omega symbol. I’m not sure if you were supposed to be some sort of Indiana Jones character, since you were collecting gems and had a whip, or you were a Conan character, since you were in a dungeon and there were monsters, or you were some sort of space alien or psionic, since you could teleport.

The game didn’t make a whole lot of logical sense, but six-year-olds don’t care about that. But when I wanted to pretend I was a dungeon-crawling warrior, this is the game I picked, until a certain point.