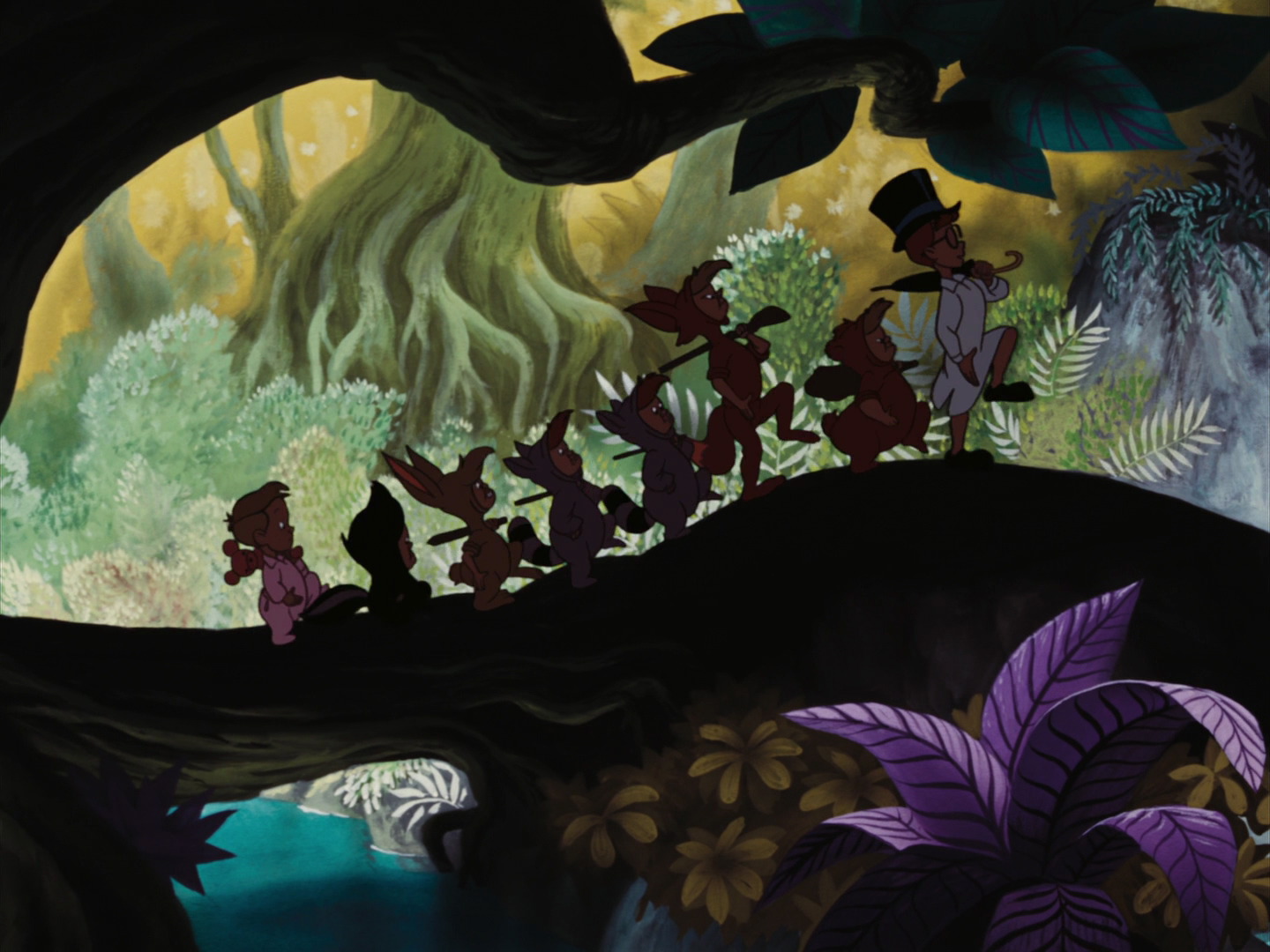 I think I’ve figured out a universal truth.

A lot of days I look at the polls and see, yay, Joe Biden’s ahead, but only by five or seven points. Never more than ten in any state. It’s always close. That means 45% of America is voting for Trump. 148 million Americans saw the past four years and want more.

And it boggles my mind. What do they see in him? What do they like about him? Have they not been paying attention? Tax cuts for the rich, quid pro quo in Ukraine, impeachment, children in cages. Children in frickin’ cages. It should have stopped there.

Yet 45% say “Yep, he’s our man. I like him. He’s a good leader.” Who are these people? How are they thinking this? Are they lacking empathy? Are they just on a train and too scared/lazy/embarrassed to get off? How can any intelligent person be for him?

But I don’t think it’s about intelligence. Not for these people. Look at these two maps. Is it a coincidence that the least educated states tend towards Republican and the most tend towards DFL?

But I’m not saying Trump voters are dummies. I’m saying they’re using different criteria to evaluate their decision. And that criteria is emotionally-based. It’s a gut check. Does Trump care about me? Does he have my interests in mind? Will he bring to change to a stuck-in-the-mud system? It’s far less rooted in logic and rationality. And that’s okay. To a point.

Let me explain. I saw a clip of Sarah Silverman telling a story about a friend of hers recruited by a neo-nazi party. He wasn’t a neo-nazi to begin with–he had no strong feelings about Jews or the white race or anything. He lived a normal boring life with two parents who didn’t pay him much attention and didn’t care what he did. So he was at a party smoking a cigarette and a man knocked it out of his mouth and said “don’t put that shit in your lungs”. That was his path to joining his neo-nazi group. Not because he believed the philosophy. It was because someone gave him what he wasn’t getting from his own family–love and attention–so he joined another.

Now combine that with this. On Reddit, I was reading a post titled “Trump voters – what made you vote for him?” The first comment was “I live in a small blue-collar town in the south and he was the only one who came and talked to us. Hillary Clinton didn’t do that. No presidential candidate had done that.” So this guy didn’t size up Trump from his past policies or expertise. Just the emotional experience of meeting him. That he spoke like a normal person, not a dry “offend nobody” politician. That someone came up to him, personally, and said “I’m going to look out for you.” Something no one had done.

That 45% isn’t voting for Trump because they agree with his policies. They’re voting because Trump makes them feel good. And if someone accepts you and gives you love, you feel obligated to return that love. That means doing what they ask you to. That means putting up signs, fighting against a mask, shouting “lock her up”, and watching the same news station he does, and believing the conspiracy theories about “the enemy”.

If you’re into Trump, it must feel good to be the little guy in locked arms with others fighting against the progressive Democrats who pushing policies that have nothing to do with you. LGBTQ rights, civil rights, money for the poor, immigration, abortion, healthcare-for-all. Have they forgotten about the regular middle-class Christian white man? The person who makes up the majority of voting America?

The answer to that question is “your house isn’t on fire.”

The regular middle-class Christian white man is doing fine. He’s not getting killed by cops. He’s not living hand-to-mouth. He’s not barred from seeing his spouse at the hospital because they’re not “family”. True, he’s not living in a mansion, but he’s already able to see the baseball game. The goal is to give everyone boxes so they can all see the game, until we can take down the fence.

Of course, then comes the question of “how do you persuade someone to turn away from the person providing them the love and attention they need.” You can’t use levelheaded analysis because they don’t subscribe to that magazine. Can you convince them their fearless leader is a bad guy? Well, if they didn’t leave him at “Grab ’em by the pussy” there’s not much hope for that. When you reach that level of loyalty, the only cure is time and membership dying off.

I read something that said “The key value for Democrats is experience. The key value for Republicans is loyalty.” Not sure where, and I might be misphrasing that. But there’s something about loyalty that I just can’t grok. Loyalty is… worthless. How can you live with serving someone who’s hurting so many others? Does it feel that good to win the “us vs. them” fight? Don’t you realize the “them” is on the same side as “us”?

That was Darth Vader’s whole problem. Palpatine asked for his loyalty and he pledged it, because it was the only way to save Padme (and because the Jedis screwed him over). Even when Padme died regardless, Anakin kept by his side. Not until Darth Vader switched sides were the good guys able to win and fascism able to fall. America’s greatest story teaches the vice of loyalty and fault of blind dedication.

For me, I base judgment on a person’s actions. Not charisma, not strength. Because we’ve been down that road before. We’ve seen what happens when the most liked person in the room takes the wheel–they do what’s on their agenda and ignore your needs. It happens in high school, it happens in real life.

The problem with the Democratic party, and why they can’t mass a strong showing against Republicans, because they don’t have a strong leader. Despite their policies being more popular (e.g. most Americans favor keeping abortion legal), they don’t have a unifying force to follow. There are beliefs, but beliefs are intangible, morphable, and every person’s belief is slightly different than another’s.

Democrats have dyed-in-the-wool, inaccessible politicians like Joe Biden, Hillary Clinton, and Nancy Pelosi. They need someone like Trump–someone angry and charismatic and personable. Someone who shouts “I’m mad as heck, and I’m not going to take it anymore.”

I see a little of that from AOC. She’s willing to point a finger at allies and say “that’s wrong” (like her Campaign Finance Reform examination). But goddamn, you have to put in a lot of work to get to that point. She wore out her shoes campaigning for her position. We’re not going to get by on just one of her. And I’m afraid she’s going to burn out before she gets to where she can become a party leader.

But I’m digressing. The point is, last election, everyone was complacent. We thought “the oddball votes won’t matter–the Bernie bros’ protest ballots, the ones who don’t think women belong in politics, the anti-Hillary, the anti-Obama. The winner will be the one most qualified for the job, who’s been in the game since we were kids. This trust fund billionaire with all his reality shows and failed businesses and sex scandals can’t possibly win.” We were wrong.

I guess the best thing you can do is say that voting for Trump will hurt others, including yourself. I’m imagining old folks in their old conservative ways having to be convinced by their sons and daughters, their grandsons and granddaughters, that Trump will worsen the world being left to them. Everyone wants to leave a legacy. No one wants to die forgotten. (I know I certainly don’t. That’s why I write.)

Ultimately, all you have to go on is promises. Promises have as much substance and value as a fart in the wind. A resume can tell you what they say they’ve delivered in the past, but it’s no guarantee of what they can do in the future. If a candidate promises to prioritize climate change or build a wall across Mexico, there’s no guarantee that will be done. And not just of their own fault–they could be stymied by a low budget or an obstructive Congress. All you can do is match your views to theirs and hope for the best.

P.S. I think we get far too much of our perception about politicians from media, which can pick and choose what to show. SNL plays Trump as a borderline dementia victim, but still likable in his bumblingness (too much for my taste). Biden is an out-of-touch skeleton out of a Western, akin to Reverend Kane from Poltergeist II. You never get to hear the stories like this: