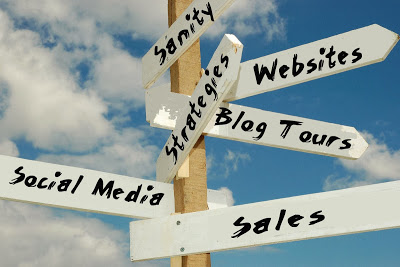 I went to an author’s meeting the other day about marketing.  This is something that I think a lot of people in my place need to learn about — self-publishers or going with a small press.

The thing is, no matter how big or small, from John Scalzi and Stephen King to the author of that “Sex with Dinosaurs” erotica, they all do some kind of marketing.  And there isn’t some bigwig telling them what to do.  They push their own agenda.

The thing that I learned is that a proper marketing push is more than saying “this is a book: you could read it” or buying ads on Goodreads or hiring publicists to tweet for you. You have a product, and you need to create a sticky message/story around that product.  A sort of “ad campaign”.

Here’s the thing: you need to create a recognizable, core message that sticks in a person’s mind.  Here’s a brief battle plan to engineer that.  The four parts are “Branding”, “Core Message”, “Audience”, and “Tag Line”. 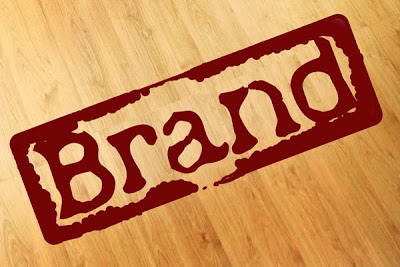 Branding refers to recognizability.  We’ve all seen branding — it’s essentially a picture or icon that signifies the work.  We all know the red Nintendo logo, or the swoopy curves of Coca-Cola, or the sharp lines of a Metallica album.  You can recognize the word “Google” no matter how bizarre the Google Doodle is.  You don’t have to create a complicated picture (“Grand Theft Auto” shares the same font as “The Price is Right”), but you do need to think of some kind of iconography around your book.

“Lord of the Rings” has the one ring.  “Ringworld” has the Dyson ring in space. “Jurassic Park” has the dinosaur silhouette.  “The Fault in Our Stars” has the white cloud/dark cloud thing going that represents a lot (yin/yang, cancer clouds in x-rays).  When I made the “cover” for Merm-8 (which appears on the soundtrack and temp cover I showed my wife), it wasn’t the cover I intended.  But I knew core ideas: a big futuristic atoll on the water and mermaids.  I took an image from Stargate: Atlantis, a silhouette of a mermaid, placed one on top of the other with the title in middle, and voila. 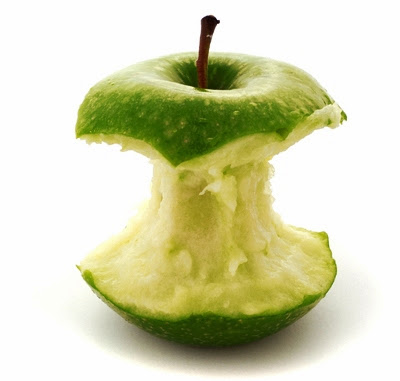 In your Core Message, you’re figuring out what you want to say.  Now, I’m assuming that, in your work, you are trying to say something. There’s some overlying theme or motif or idea or symbol around the entire thing.  Some directive, a question or an answer, that’s being indicated.  What do you want to tell the world by your story?

And moreover, how does it benefit the world?  I’m hoping your story is saying something about humanity, questions or answers.  This must be a tangible representation of the story.  For “Jurassic Park”, it could be about how nature cannot be controlled by science.  For “Harry Potter and the Sorcerer’s Stone”, it could be humility or desire or the wonder of magic.

Then the audience.  This should already be drilled into you from years of schooling.  Me personally, I always had trouble with audience and writing for one.  In Stephen King’s “On Writing” he talks about a Target Reader, and usually that’s his wife.  The problem is, you want to cast as wide a net as possible, for maximum readership.  And that’s fine.  Maybe your story takes place in Japan and has ghosts.  Then your audience is people who like the paranormal and/or the foreign and/or Japanese stuff and/or mystery.  The key part is “Who are you selling this to?”

Last is tag line.  If you’ve written query letters, you know something about tag lines (and how the two aren’t equivalent).  This is your core message in a nutshell.  In other words: what is your story about?

Ad-centric tag lines are like “In space, no one can hear you scream” or “finger-lickin’ good”.  To expand into book territory you’re talking “One Ring to Rule Them All” or “Don’t Go In the Water”.  “The Fault in our Stars” uses “Okay?  Okay.”  “Alice in Wonderland” could be “Curiouser and curiouser”.

It’s kind of a slogan.  See how they all indicate the appeal of the work they’re referring to?  Alien and Jaws indicate horror and fear.  LOTR indicates nobility and a conflict between powers.  See the commonality between them all?

First, they create mystery.  Why can’t I go in the water?  Why would I need to scream in space?  How could a ring have enough power to rule “all”?  What’s “curiouser” — that doesn’t even make sense!  Mystery emotionally unsettles you, and entices you to pick up the thing and read a little more.  That’s your “foot in the door”.

So an icon and a tag line.  That’s the two key things to take away from this article.  Without those, you really aren’t giving people a reason to read.  For all your audience knows, it could be a copied Wikipedia entry.  And yes, this will take work.  It will take cleverness and wit and time to think.

And that’s the key to this all.  The problem is lots of people don’t take time to think about creating a motivation for people to buy the product they’re trying to push.  Next time I’ll talk more about a detailed breakdown of developing the core tag line.  But for now, brain storm.