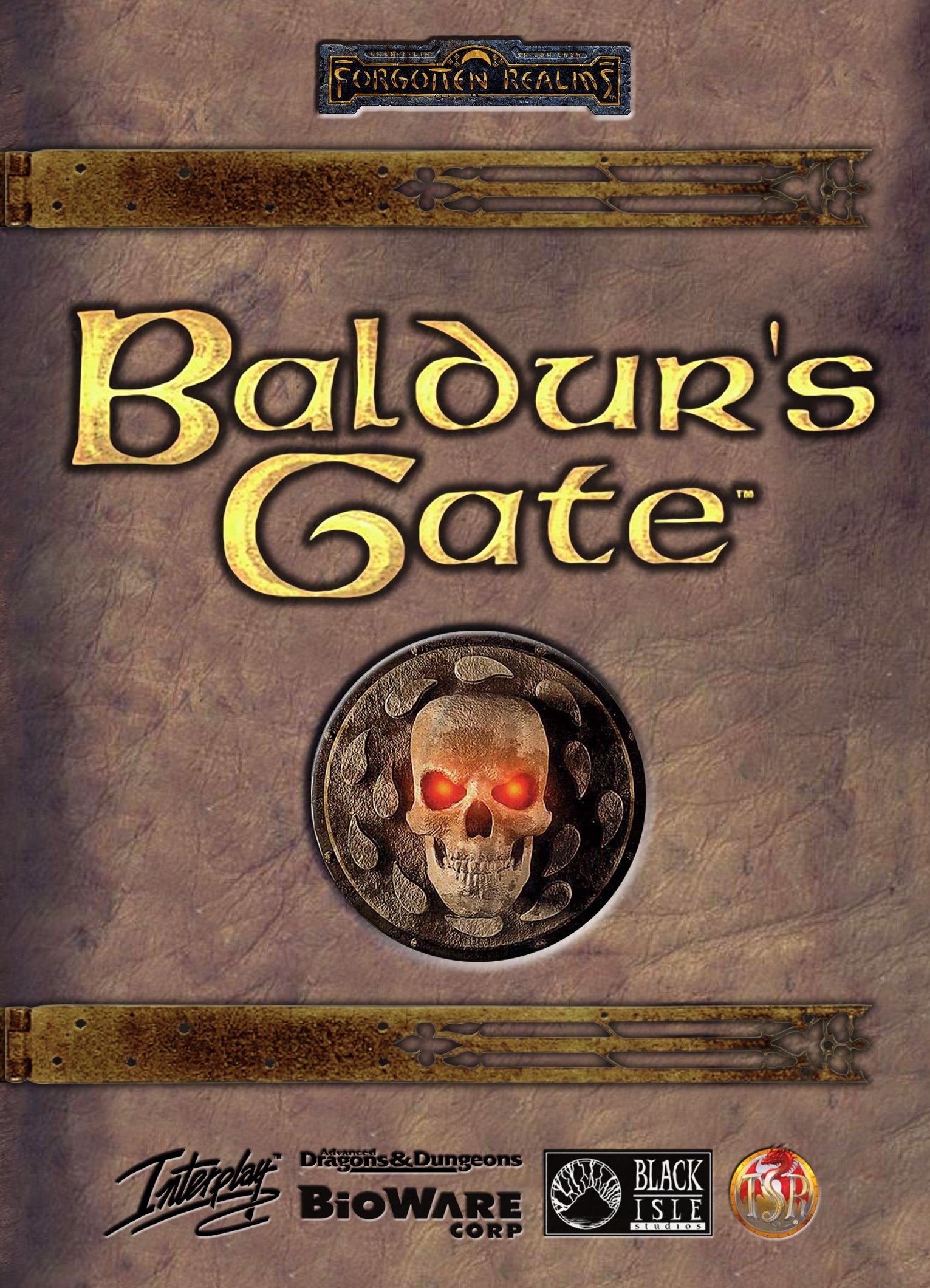 So after my disappointment in The Witcher, I decided to try another old RPG — Baldur’s Gate (the enhanced edition).

When I was younger I played a co-op game with my friend on the PS2 called Baldur’s Gate. This must have been something different than what I got now, because I remember blasting rats in the basement with magic missiles and getting excited at finding a +2 Sword of Frost that actually froze enemies. This is more like an RTS, like Command & Conquer or Starcraft, except without resource gathering. And you only get six guys.

I did actually try this out when I got it, but the tutorial made me too anxious. That’s a lot of individual characters you gotta work with. How does Find Traps work? Combat got over so quickly I didn’t know how to do it. There’s lesson after lesson about moving, clicking, casting, etc. What happens if you die? What are all these commands? Is my mage going to waste all his magic missiles shooting at a jar? I didn’t really understand how to play.

So I put it aside and played some other (simpler) games for a while. I didn’t know if I’d ever pick it up again. It looks like an old game, like DOS era, so it’s not like something I need to put into my “classics I’ve played” bag.

But I came back to it and now I love it. Pretty much spent my entire December vacation playing it. It’s like a solo Dungeons and Dragons campaign, but with none of that disgusting “being around other people” crap.

I’ve gotten pretty attached to these characters. When it comes time for inventory management I say things like “OK, you need this and you should have this, and can you have this?” or “Dynaheir, where are you? Get over here” and “Xan, will you shut up.” I’d love to trade Xan out, but I haven’t found another sorcerer/magician person. It’s all fighters and thieves, which I started with.

The character movement is a little slow, but it’s nowhere near Witcher speeds [Editor’s Note: I found a way to instantly bring characters to your cursor using some minor console cheats. Now to avoid the temptation of using others.] My favorite part is the exploration. It’s kind of Starcraft where you’ve got a “fog of war” that’s all black until a character moves into it. Then it clears up, but if you go away, it fades. And now you know the terrain, but you don’t know if some gang of hobgoblins or a basilisk is going to be there when you get back.

Character management is still a problem. Sometimes my 7 HP mage keeps trying to go toe-to-toe with a pack of wild dogs.

Next time I’m going to play as an evil party. The dialogue choices aren’t varied, but that’s been a pattern for a long time (I’m looking at you Bioshock). So while it was fun to “play the character”, they really only give you choices between “be a noble hero” and “be a jerk.” I had people leave my party because I had too much reputation–I thought it was a glitch. Next time–let’s see what happens if I’m a bad boy.