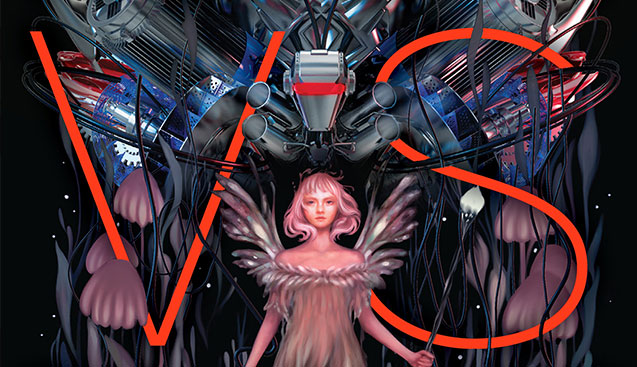 So last month I read “Robots vs. Fairies”, a collection of short stories. I was a little disappointed because it wasn’t so much “versus” as “here’s robots and now here’s fairies” (except for one story at the end). But at the end of each story, the author declared whether they were “Team Robot” or “Team Fairy” and why. Even though the split is even, it felt like Team Fairy came out the winner. But I thought it’d be fun to declare my allegiance, even though I’m not part of the book. (They didn’t even *ask* me! *sniffle*)

Even though I probably read and produce more fantasy than science fiction, I play for Team Robot. This could be because of my unyielding loyalty to Johnny 5. It’s been demonstrated by my unyielding criticism of any other robot media because I know how computers work and how robots shouldn’t. I like computers, I like autonomous devices, I like the droids in Star Wars. I’m harsh because I care so much, like Anton Ego in Ratatouille. 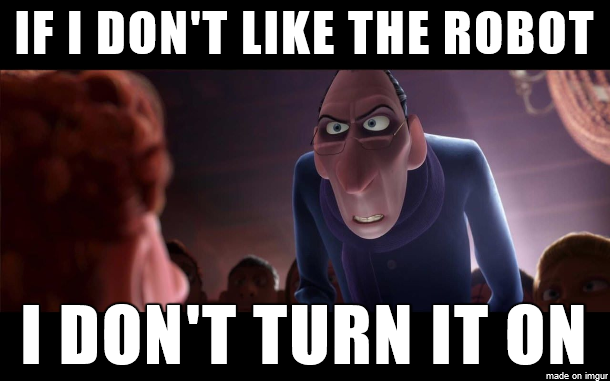 Stories with fairies are intrinsically lacking cohesion because it’s magic. Rules change from one book to the next. And sometimes they aren’t even consistent in their own universe. This is because fairies are tricksters and shapeshifters. The fey realm is unpredictable, emotional, and quick to react. In Magic: The Gathering, most of the fairy creatures are blue, the color of trickery and manipulation.

Of course, this is not a sufficient reason for taking one side over the other. I love fantasy and there are more stories with fairies that I like than ones that I don’t.

But here’s the thing. Stories about fairies and the fey realm are about how people in power treat us. It makes for good story fodder: a chosen hero, antagonist with impossible powers, mystery, vibrant settings. But stories about robots are about how we treat those under our power. (Ladies, this is why you always you should always go out with a guy who has a pet or grew up with pets. That way he knows how to care for something other than himself.)

Asimov’s “I, Robot” did it first and did it well, if you want an example. It kinda started the baseline theme for many robot stories, which is “where do you draw the line between tool and living being?” We’ve seen the results of slavery, we all know it’s terrible. But are you allowed to use slaves that aren’t human? That only differ in how they were created? How should we act towards those we hold absolute power over? The best novels provide questions, not answers.

Robots are basically slaves. It’s a paradigm you simply can’t avoid. And you shouldn’t avoid it. It’s something that needs to be reconciled. Think about the droids in Star Wars. They’re clearly intelligent, aware of their self as a separate entity from others, and respond to stimuli. Yet they are constructed, not born and grown over time. I think if we created autonomous intelligent robots, we’d treat them the way they do in Star Wars. Kinda like disposable pets. You can talk to them, but don’t get too sad if they explode, and you have no qualms using them as a meat/metal shield. Droids may be invaluable and expensive, but Luke’s not above using them as tools for getting into Jabba’s palace. C-3P0 and R2-D2 could have been easily destroyed without ever setting foot off the sand. And even Poe Dameron treats BB-8 like a puppy. 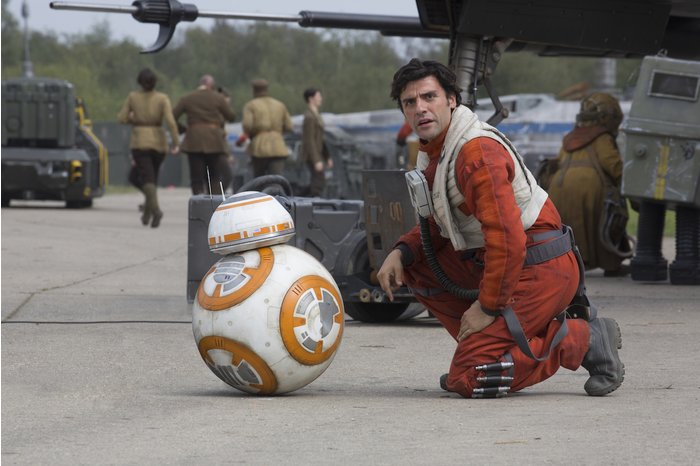 He even scratches his belly. Who does that with a robot? What does that accomplish. I think, even as much as I love robots, I can’t treat them different than a tamagotchi. Those stupid little eggs were meant to mimic a living creature — something that needs food, attention, and sleep. If not, it dies. But none of it’s anything more the programming. And the only way it can “die” is to be beyond repair. Does that do something to empathy? I’m not sure. I’m not even sure what the point of this post was. Anyway, here’s a robot and a kitten. 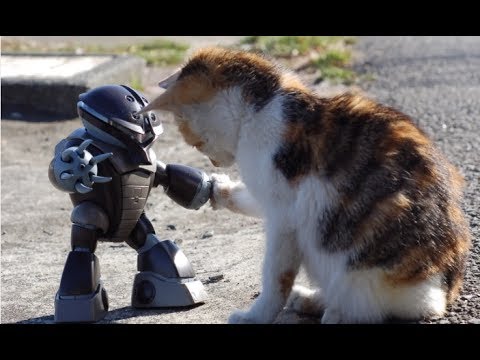