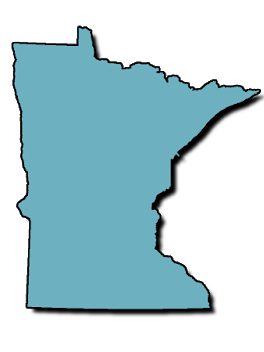 So I used to ignore politics. But in my state, the governor race has begun. This is going to be interesting because, for the first time in my life, I’m scrutinizing candidates and vetting policies. I even sent in a ballot for my Homeowner’s Association election. So revel in the bantling thoughts of a guy coming to government as unsteady and moist as a newborn calf.

In my state, Tim Pawlenty is running for governor as a Republican.This is noteworthy because he already served from 2003-2011 (and then took six years off to go backpacking in Europe?). I don’t know why he wants to run now. Is he afraid the backlash during midterm elections will eclipse the GOP? Maybe he thinks he’s got a strong chance because the current governor, a democrat, won’t be running again. Which means they’re going to have a fresh candidate, while people already know Pawlenty’s name. (Better the devil you know?)

Sorry, I don’t mean to rag on the Republican party, though their actions in the White House have left a sour taste in my mouth. But there is no reason I wouldn’t vote for a Republican candidate… as long as I agree with that candidate. It’s just that I rarely ever agree with Republican behavior.

Democrats seem to focus on people (civil rights, economic equality, focus on domestic policy over international etc.) while Republicans focus on business and money. And don’t get me wrong, I like businesses. I look at all the empty land between the Mississippi and Rocky Mountains and think “Build something there! Make some cities!” But I’d rather my friends be able to get married or emigrate to the US than if one of the tiny coffee shops or banks near me gets a tax break.

I do know I’ve had an assful of people like Bill and Bob and all the other conservative PSAs around me. Since I’m on the rural border, I gotta see all those anti-abortion billboards. At this point I know all the phases of fetal development when the fingerprints form, when the heartbeat starts), but it’s such a shallow tug, meant to appeal to emotion and not reason.

I have to drive by one every day that says “trashing an egg is the equivalent of wasting 55 gallons of water”. Is egg-wasting really such a problem you had to spend money on a billboard about it? What is this supposed to stop? All those people throwing eggs into the river? You really think this is going to have ANY effect whatsoever? But I’m digressing.

Okay, let’s try starting over. According to his introduction video, Pawlenty says he’s going to focus on a few things, but the basic “slogan” is loosening the squeeze on the “middle”. I don’t know what that means. I’m middle class and I don’t feel any squeeze. (BTW, I checked, according to this, I’m middle class, though on the high end of the range). I’m fine. I have plenty of taxes to pay and I don’t mind paying them.

Sometimes I owe taxes. Some years they owe me. Seems balanced enough. I never worry about my financial situation because I don’t spend stupidly. (That might change when the kids go to college, but chickens and counting). My health care premiums don’t seem excessive, but I gotta believe he’s talking about MNCare, and I don’t have insight into that. I work for the largest health care company in the U.S. and after 5+ jobs and different health care plans, it’s nothing I can’t handle. I’ve even grown to like the HSA.

I do mind living in the wrong area. The county lines are drawn so that everything I do is in another county–schools, stores, etc. But my taxes and votes go to the Minneapolis one. I don’t know if this counts as someone gerrymandering boundary lines per se but it sure doesn’t feel right.

And tangentially, Pawlenty drops a line about us “trying to afford a decent life”. Is that a problem here? The unemployment rate is 3.1% in Minnesota right now (compare to 4.1% nationally). That’s five points below what it was eight years ago. Even industrial labor (I don’t like the term “blue collar”) wages are increasing nationally. Is there increased poverty? Well, in 2017, the number was 533,000. In 2011, almost 600,000. Again we have a drop (of 11% — and we went from 10th place to 5th [source]). It doesn’t mean poverty should be ignored, but when Minnesota has the second lowest poverty rate in the United States, it’s hard to see it as a priority issue. His closing sentence (the one that’s most important because it’s what lingers in the mind) is that he’s “finally going to put those in the middle first.” … implying he wasn’t doing that before?

Here’s another: “Working-class Minnesotans are sick and tired of politics-as-usual”. NO. I want politics as usual. Please, take us back to politics as usual. Take me back to the times when I didn’t have to attend two separate marches to feel like I’m doing something about this maniacal tyranny. When white supremacists were ashamed of their beliefs and had to hide. When I didn’t want to punch Facebook in the face and I didn’t have to pay attention to Russia and there wasn’t a jaw-dropping news story every Friday. Take me back to when I wasn’t worried nuclear war could start with a tweet.

And lastly–immigration. It’s a “no-brainer” to make sure illegal immigrants aren’t getting government benefits. Well, sure, no one would argue with that. No one likes freeloaders. But is it actually a problem in Minnesota? We don’t have people sneaking across a border, so the immigrants we have here are legal. We’ve got a nice Hmong and Somalian population, two very different cultures that help us expand our horizons and increase perspective and empathy. This isn’t like Arizona or New Mexico. We’re not worried about the invasion of Canadians.

You know what I think? I think he’s just jumping on the GOP’s immigration platform because that’s the only issue to get a reaction out of anyone. It’s what Trump rode into the White House on.

Here’s how it sounds overall: he’s trying to imply there’s a problem where none exists (and that he’s the one to fix it). This sounds like how door-to-door salesmen did their thing back in the 1950s. Still exploiting the cult of personality. Focused on money, economy, and taxes. Not about advancing the human race, improving quality of life, or society as a whole. Immigration, a “middle-class squeeze”, and poverty are non-issues right now (in this state).

I’m not saying none of these issues aren’t problems. I’m saying there are bigger fish to fry. The mice in the kitchen aren’t as important as the stove on fire.

Next time: what I do care about.