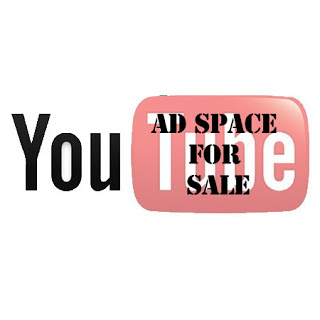 One of John Green’s recent vlogs talked about how to monetize without using advertising. Because advertising sucks, and its awful, and it doesn’t work. It works based on the most views, not the best views. So it’s better to cater to the lowest common denominator than make anything for a special audience.

And of course, this concept runs counter to the “New Wave” of video entertainment. YouTube is all about splitting viewership into tinier segments, short durations, and view-when-you-want. And most of it’s made without the need of advertising. Of course, people would like to get money for their work, so the question is, how do you get people to pay for it?

John Green suggested five primary ways: paywalls, Kickstarting/Kickstartering, volunteerism, selling merchandise, and the public radio model (which is really a combination of kickstarting, volunteers, merch, grants, corporate underwriting, and unrequired pledges). Mr. Green concluded by saying that if he wants to support something, it wouldn’t be because he wants perks, but because he wants to support it and see more of the content he loves.

Here’s the problem. Mr. Green is a noble beast. A kind spirit with the community in mind. He thinks globally and acts locally. All praise to him.

But you see me? Over here in the corner? Yeah, I’m the douchebag who doesn’t pay for anything. I don’t donate to charity. I don’t have parties. I don’t give gifts unless someone makes me. Hell, I don’t even say thank you for most things. My wife had to teach me etiquette from the ground up.

I don’t pay for music — I listen to online radio. If something’s behind a paywall or login, I’ll just skip it. I rent movies from Netflix, I don’t buy them. I buy books, but I get most from the library. I use family for babysitters.

I use an adblocker, because I’m a bastard. Ads are eyesores, cluttering. Pop-ups doubly so. Video ads are obnoxious and loud — unpausable and unskippable. As ridiculous as the unskippable parts of a DVD. You can’t even click the close/skip button without risking accidentally clicking the ad.

But there was a time when I disabled my adblocker, for TGWTG and The Spoony Experiment. They make their money through these ads. This is their livelihood, their job. And it’s hard to do paywalls and merchandise because of the copyrighted nature of their work. So I wanted to not be a douchebag and help.

The problem was I kept getting a thousand advertisements for Brickleberry and “Don’t Text and Drive” PSAs (and we know how I feel about that). Over and over again. And I can watch around five of these videos per day. And many of them have mid-rolls (commercials in the middle of the video). And no video is the same length as a normal programming slot. Some last only two minutes. That means watching this 10 times in half an hour.

I just couldn’t take any more, and turned the adblocker back on. A lot of you probably experience the same thing. I bet if there had been more diversity in the commercials, I would have kept the adblocker off. But all I saw was the repetitive, pedantic crap. Remember Toyota’s “Saved by Zero” campaign?

I know why this happens. I used to work in this industry. What happens is an advertiser buys “impressions”. Impressions is just the term for “number of times an ad shows up”. Problem is, if you buy a lot of impressions in a short amount of time, you’re at the mercy of how many hits the site gets. If you buy one million impressions, and your page only gets about a million hits a month, then that will probably be the only ad seen all month. Especially in the beginning and end of the campaign, as the ad serving algorithms work out the timing.

The problem is advertisers still do not get how to commercialize the Internet. They think it’s like buying airtime on what is essentially a print medium. I heard a lot of pissed-off advertisers who, like in the scenario above, didn’t understand why the million impressions didn’t get served. Because a million people didn’t come to the site, jackass. So you end up with repetitive, idiotic advertisements which in no way reach the right audience.

It looks like we’re moving toward more directly funded works of entertainment. So the question is, how do you get a guy like me to pay?