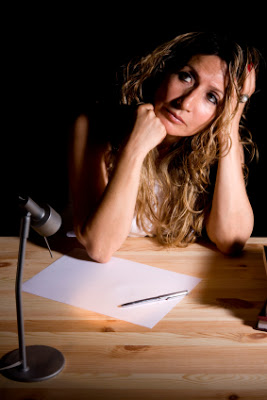 This has not been a great year for writing.  I finished Defender and started sending out the queries.  Only two agents bit.  The rest never responded or sent rejections.  This is my third novel I’ve written with intent for publication and again, no one was interested.  I know most novelists don’t get their first novel published.  A lot don’t get their second.  But three novels with ~93 rejections a piece?  I am doing something seriously wrong.

Art is one of those things where no one can tell you what you’re doing wrong.  When you put together a bunch of ingredients that don’t work together, no one can tell you how to fix it, just that it doesn’t taste good.  I am very frustrated.  Like toeing the line of whether to give up or not.  I feel like an alcoholic wondering if it’s worth it to stay sober.

Not a single acceptance for any of my short stories this year either.  I only completed one new one this year, but still, my backlog should still garner attention.  But again, no, it’s not to be.  I’m paying $50 for my subscription to my online submission tracker, and didn’t make a dime.  When no one says “yes” to you all year, it can be very disheartening.  Like, what am I doing this for if no one wants to read it?  I should be improving with experience, not getting worse.  At one point, I had a 17% acceptance rate.  Now?  It’s 0%.

I spent most of my year writing Disney Princess fan fiction.  After concentrating so hard on writing to be published, I needed something that wasn’t so pressurizing.  For Defender, I spent a lot of time agonizing over what scenes to cut, which characters to axe, whether the plot followed, whether people liked the characters.  Lots of critique analysis and contemplating what the right move is.  Now I don’t worry about that.  But the story got out of hand and ended up being 195,000 words.  Which I expected — it’s a fan fiction serial like Gatecrash — but I didn’t need this much time taken up with it. 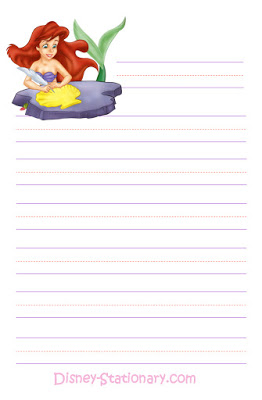 Yet, I must finish it.  Writers finish things.  And I wouldn’t want to have a whole year of my life wasted on something no one would see.  Not even for free online.  The problem is I had promised myself to write more publishable stuff, and I didn’t.  I’d rather finish it than write a next novel, because I know I’ll get immediate feedback.

It’s not like I avoided the short stories.  But like I said, I only finished one, although a handful of others are still in process.  However, I keep running into the same problem.  Critiquers keep saying the same thing — “I don’t get what it’s about”.  One story’s supposed to be humorous metafiction.  Another’s supposed to be light-hearted fantasy.  Another’s a horror story about psychotic kids.  This is supposed to be evolving as an author, but I can’t seem to get characters, plot, and setting into the same bowl in the right proportions.

I don’t even know what I want to write next.  I could write my ski romance that I’ve been pre-writing for more than four years.  I’ve finished my “research” into other skiing romance books.  And most of all, I want to write it to make my wife happy.  But I don’t know how to write a romance.  And I still don’t have a… I don’t know what to call it.  A hook?  A catch?  An angle?  The thing that makes the book special.  That distinguishes it from other books and makes it a book I’d want to write.

Unlike my second choice, which is a quest story about a naga going to pursue the boy she met as a kid, who she thinks is in trouble.  I don’t know much about snakes, but the scrappy girl on a hero’s journey in a fantasy setting — I’m more in love with that idea than a ski romance, which is not my usual forte (as you can probably guess). 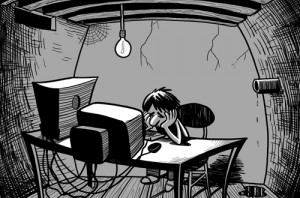 So there it is.  An empty past, a dawdling present, and a shaky future.  Just about any other job, there’s someone who every once in a while pats you on the back and says “good job”.  Not in writing though.  A whole year without a fragment of praise or acknowledgement or progress for my hard work?  Makes me wonder if it’s worth it.  Part of the reason I started writing was because A) it was something I was halfway good at and B) I wanted to feel productive with my life.  I wanted to make something that would last, that could affect a wide number of people.  But if no one’s interested in opening the door, if I’m moving backwards or de-evolving, am I just wasting time?