This used to be its own comic, but has since become a “Best of the Day/Week” aggregator. I still read it though. I almost didn’t include it in the list, since it’s not really providing new content. And I see about half the strips on Kotaku anyway. But still, it’s worth a bookmark.

I think this is the second time I’ve picked up a comic thanks to Something Positive (the first was Queen of Wands, which ended its run) (also, Something Positive will be seen on this list later). The core characters are two female friends. One is an unhappy English post-grad in a love triangle with boys and alcohol. The other is a happy-go-lucky bisexual with big boobs.

Most of the story deals with the hook-ups and break-ups of various characters. But there’s occasionally a talking cactus or a seance for amorphous cats.

The Non-Adventures of Wonderella 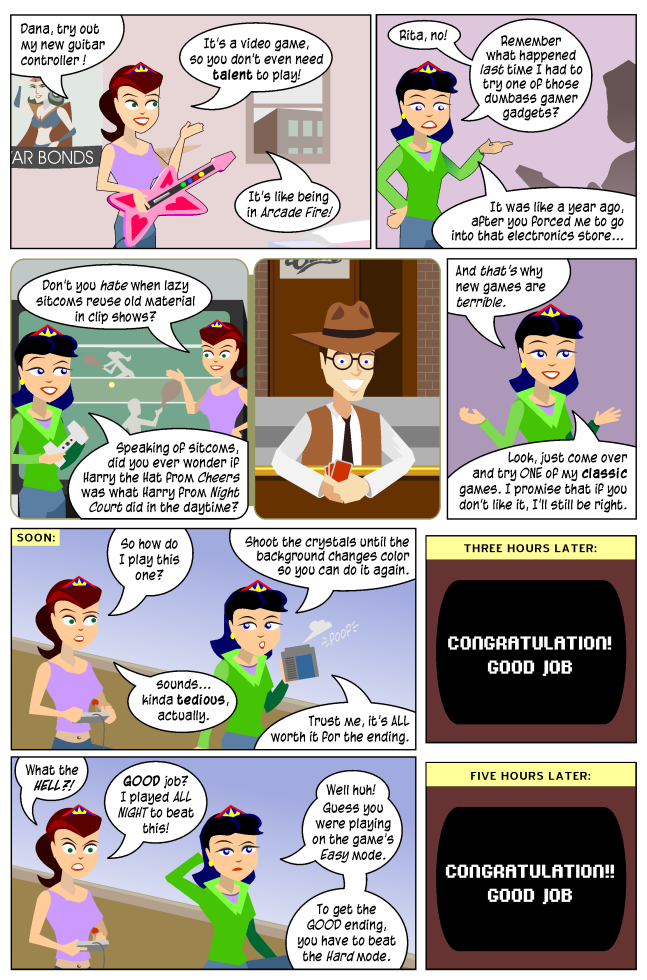 Superhero satire at its finest, in easily digestible weekly form. It’s more biting and satirical than Watchmen, and funnier, plus up-to-date. It stars Wonderella as Wonder Woman pastiche who stopped caring a long time ago. She’s fought Nazi women, gorillas, space-women, her mother, the previous Wonderella, and so on. Her mad scientist is Dr. Shark and her “Robin” serves as the Mr. Bill of her world. It’s a non-serial that covers both superhero issues and everyday topics. 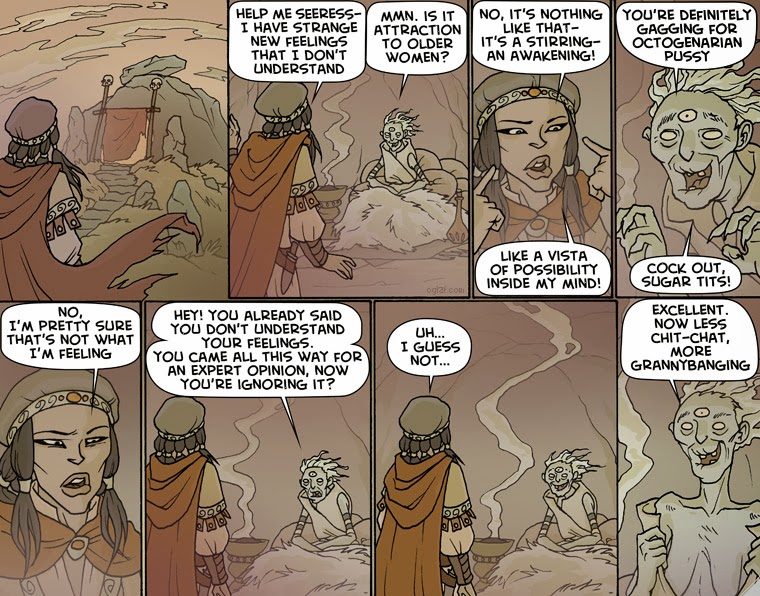 WARNING: Adult comic. No clicky unless you mean it. Elves and wordplay take front and center. It’s mostly one-shots, but there are a few 3-4 page threads and recurring characters. Mostly it makes fun of sex and fantasy tropes, not always together. 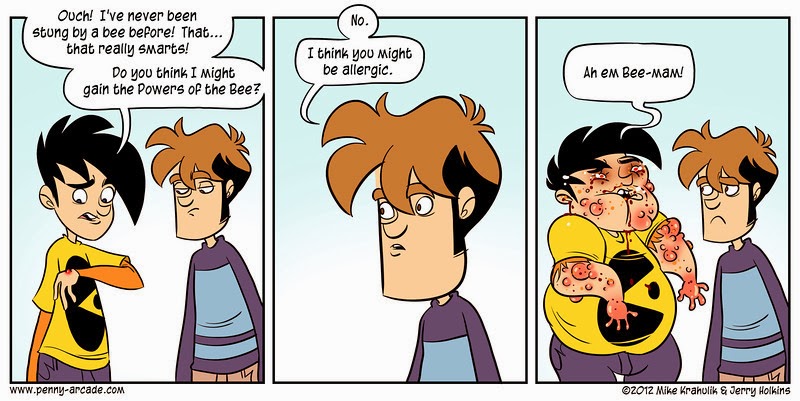 Do I need to say anything about this one? If you’re not following PA, you’re doing yourself a disservice. I consider it the founding father of online web comics. And even with all the great peripheral things they’ve done (Child’s Play, PAX, PATV, etc.) they’ve never deviated from their core quality. They’ve changed, they’ve branched out, but they’ve always stayed true to two guys playing video games.