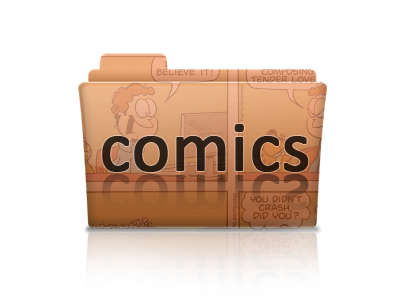 Brawl in the Family

Brawl is a cute little sketch comic about Super Smash Bros. characters. Mostly it’s about the Kirby characters, but it goes into any territory it finds funny, like Waluigi April Fool’s comics.

Unlike most video game comics, this one’s not color or pixel, but fairly sketchy art. But I like it because, unlike lots of other video game comics, which are cynical and full of violence and sarcasm (which I have no problem with, mind you), this one is just a lot of cuteness with cute characters. Sometimes it gets repetitive with the same “Kirby becomes what he sucks up”, but it has the occasional Christmas or anniversary extravaganza with YouTube cartoons or songs that push the envelope.

I learned about Kris Straub via Scott Kurtz. I followed PvP (which will be talked about later) for many, many years. Then he joined the Penny Arcade coalition and started making something called “Blamimations” with Kris Straub. And the Blamimations are hilarious, I especially recommend “Game Men”. Anyway, since they’re cut from the same cloth, I looked up what Kris Straub is up to, and found this.

Chainsawsuit is a three-panel B&W with no firm story, but recurring characters. It’s silly, but satirical. Sometimes the messages are strong about fake geek girls and government, sometimes it’s a shark-cop dudebro. That’s the nice thing about this strip, it doesn’t limit itself to one type of humor. The strips are great bite-size jokes that have high viral potential. 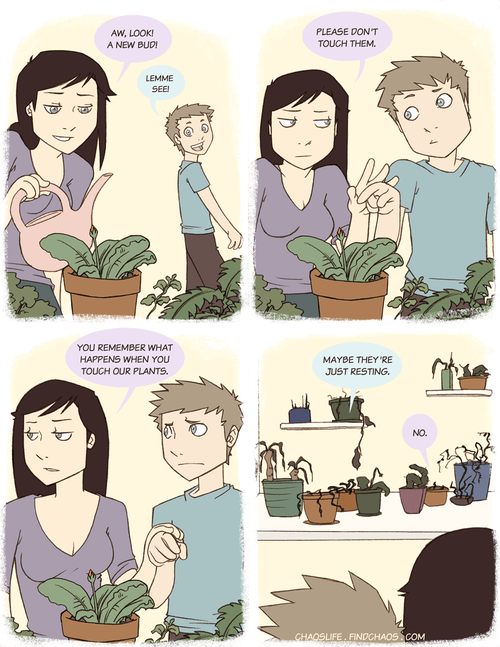 Here’s a web comic about lesbians. Except it’s not so much about them being lesbians, but just the things that happen in their relationship, like who takes all the sheets, morning routines, hamsters. I have to confess, I wasn’t sure it was lesbians at first, because one of the characters doesn’t draw herself with obvious gender characteristics. (Sorry — but that was part of the reason I kept reading).

But that’s the point. The comics are not lesbian humor or sex humor or stereotypes. It’s about their weird cats or who kills the spiders. This could be any married couple. It doesn’t matter if they’re girls or boys.

I don’t know why it’s called Chaos Life, and the archive isn’t extensive or frequently updated. But I like the art and the jokes are homestyle & cute. It’s a fresh take on couple life. 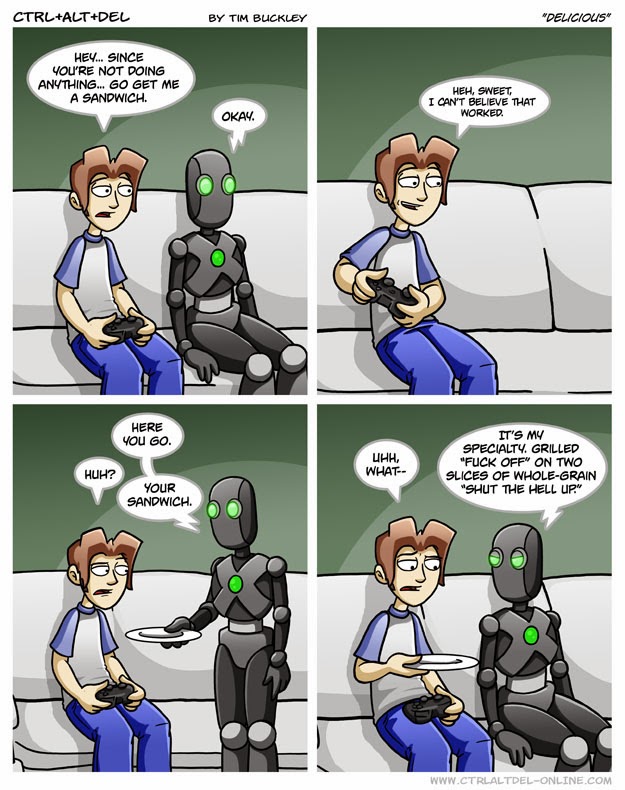 I started this one long, long ago, back when I found Penny Arcade and wanted more comic strips in the same vein. Ctrl+Alt+Del is about the closest thing in terms of video game humor and art style. It has similar themes and characters (one being a cloud cuckoolander and the other a straight man). But the storyline threads are longer, where Penny Arcade has no problem breaking the fourth wall for the sake of humor. 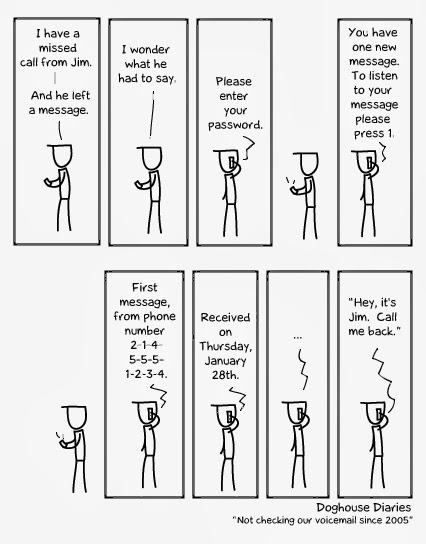 If XKCD doesn’t update fast enough for you, this is your comic. It’s not as math/physics-oriented but it contains plenty of geeky humor and stick figures. Just like XKCD, it’s variable panel, black and white, and it doesn’t concern itself with the limitations of a square medium. It won’t have those fancy comics like the shockwave panels or “The Internet as a World”, but it does have good relationship humor.