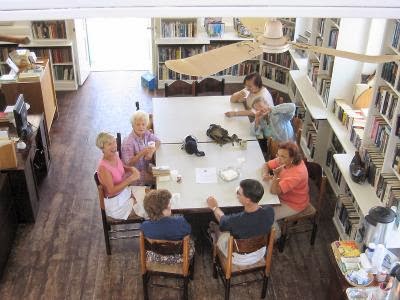 Last Saturday, I went to an author’s group meeting. This is the first time I’ve ever tried to integrate into a group of like-minded individuals in the community. You know how I like to keep to myself, and that most of my interests don’t gel in today’s world. Also, various authors have said not to use writer’s groups, because they don’t really help you — a bunch of unpublished or barely published authors become a “pat you on the back” club. Doesn’t help you be a better writer. But this was more an informative collective, not a critique group.

Much was the case here, and as excited as I was, I was also disappointed. Let me start with the main purpose of the discussion: query letters to agents and publishers. This was a subject I was very interested, because I’ve struggled quite a bit with the query letter in the past. And though I think I’ve got a handle on it now, I don’t have much success to speak of. Anyway, the point wasn’t really to learn. It was to go and meet people.

Except the person giving the talk, as we all sat around a table in a library conference room, was eighty-seven years old. The information she gave was… okay, but archaic and basic. And there was a fair portion that was either “yeah, dumbass” or not terribly in line with what agents today are saying. For example: “Don’t tell the agent that you are sending to other agents.” Of course — they all assume that you are. “Don’t make the letter more than a page long.” QueryShark says 250 words is the max. “Include information relevant to your biography, published works, why you like writing, and so on.” No, no, and no. Unless its provable and relevant to your expertise (such as writing about the war in Afghanistan when you were in the war), it doesn’t matter. It’s wasted words. All the agent cares about is what the story is, and does it sound like something that would make money.

And that’s fine, all I want to do is make money too. Not because I want money, but because more money means more readers. And that’s what I want more. Basically, what I’m trying to say is the information wasn’t helpful, and either misleading or contradictory to current teachings. These people did not seem savvy about current technologies. That worries me. They had a book called “How to Write Amazing Query Letters” from 1987.

I had to keep my mouth shut most of the time, to prevent myself from bursting out and correcting the eighty-year-old librarian. Not only wasn’t it my place, but I just signed a contract for my first book. I’m in no position to act as the guru of writing here. I stopped my brief series on writing tips at the start of this blog, because there’s no point in taking advice from a novice amateur.

Two of them were writers of children’s books. Two wrote historical fiction with a biblical slant. One wrote something about Japan — I wasn’t sure if it was folk tales, mystery stories, an anthology, or a plain ol’ novel (which may have been part of the problem). No one really impressed me with their skill. They seemed like people who make things for craft fairs. Then we watched a terrible Cable Access show where they’d talk to some of these writers for 15 minutes. I think it was because they all knew each other previously.

They seem like well-meaning people, but their ambition seems complacent.  They seem content to see a published book, rather than seeing people reading it.  And maybe they just don’t know how to get that book into more hands.  And maybe they’re content with that.  Which is fine.  I would like to go to more of these monthly meetings, maybe they get better.  Or they will if I talk more.

So will I go back? Probably. I still want to make friends (although if anyone from the above reads this, I’m sure that’s out the window) or get together with people who can talk about the same thing. It takes a long for me to get over my cynicism and dry, cutting wit to stop being a douchebag and starting making friends.