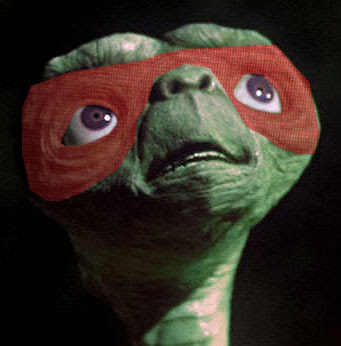 We already know — Michael Bay’s TMNT will replace the M with an A. But I’m surprised how many people are dismissing the enormity of this change. “Don’t judge yet.” “Take a chill pill.” “Wait till you see the finished product.” “We’re still hammering out the script. Even the very creators are asking the fans to wait and see (or not). Make no mistake — this movie is doomed, and anyone agrees with the above needs to suck my anus. Why?

1. Fans, you should have been up in arms when you learned Michael Bay was attached. Think about it — the best movie he made was The Rock (which succeeded because of  Ed Harris and Sean Connery) and Bad Boys (thanks to do-no-wrong Will Smith and Martin Lawrence). The guy has done nothing else — NOTHING — but warmed over shit. He doesn’t care about good plot, characters, or actually making a coherent story. He’s Uwe Boll with a budget.

But I understand why you didn’t react at first. Maybe you want to give the benefit of the doubt. Tis kind of you.  But face facts.

Of the eighteen feature-length movies he has produced or directed (or both), only six are original material (I awarded .5 for The Island which, while not directly lifted from any existing story, remixes so many “On-The-Run” sci-fi stories. Also, I awarded .5 to Pearl Harbor which is Armageddon with an historical disaster instead of a space one). Of the remaining thirteen, six are remakes or (in the case of Transformers) reboots of existing, nostalgic franchises. What makes you think he won’t do the same?

Michael Bay suuuuuucks. He doesn’t take anything seriously, and he has no compunction about putting in shit because it gets a reaction. He doesn’t think about changing a race of noble, stoic artificial lifeforms into racists, pottymouths, sexists, and let’s not forget wrecking ball testicles. No one will ever take “Screaming” Shia LaBeouf, “Sex Kitten Mechanic” Megan Fox, or “Spastic” John Turturro — all fine actors alone — seriously anymore.

He blackens everything he touches. He’s like a reverse King Midas. Transformers is supposed to be about the relationship between robots and humans — a simple good vs. evil. But he turned it into a Godzilla-like disaster with wanton destruction and no emotional investment. And his best work, Armageddon, is laughable. When people — respected scientists — make a game out of finding mistakes in your story, you need to take a step back and look at what you’re doing.

2. Why do you need to change them to aliens? What’s the point? Are aliens what’s “selling” right now? Because John Carter, and Bay’s own I Am Number Four beg to disagree. Fantasy/fairy tale/comic book stuff is more in vogue these days. And TMNT fits in that trope nicely, so why change it? What part of the story improves with them being aliens?

Listen, Christopher Nolan’s Batman is one of the best loved trilogies of all time, and it’s not even complete yet.  The Hunger Games just got the third best opening of all-time. Of ALL TIME. It’s an adaptation of a first-person, heavily violent book into a PG-13 movie. And most of its praise comes from fans pleased about how close to the book it is. So it’s completely possible to successfully keep true to the source material and make good stuff. How? Don’t change what works.

3. Some say TMNT’s original origin wasn’t compelling. That doesn’t matter, it’s right there in the title — “mutant”. In worked in the 80’s, what changed so that it wouldn’t work now?

What people fail to realize is how much changes when you’re an alien and not a mutant. A lot of the original TMNT stories hinged on them being mutants. There were story arcs about mutagen creating new monsters, reverting mutants, making all kinds of changes. If the ninja turtles discover a “cure” for mutation, that means their master can become human, redeemed. But it’s a double-edged sword, because it also means the turtles are at risk for becoming ordinary fishbowl citizens. There’s no cure for being alien.

Being an alien means being alienated from society. The turtles already have that. But they also have something else. Mutation equals growth. All people identify with that, especially kids. They find their bodies betraying them, doing all sorts of weird things, making them think and do different things.  And it’s about maturing, growing up, much like Mega Man X and Batman is about growing stronger.

4. When you’re adapting something, you can make changes as long as you stay true to the spirit of the material. I learned that from watching Silent Hill, which is one of the better video game movies out there.  Why?  Because it stayed true to the spirit of the material — you’re stranded in an empty town, there are fucked-up monsters you can’t see because there’s fog everywhere (a la Stephen King’s The Mist) and, oh, hey, the world keeps randomly changing to an alternate “hell” version. I’m not saying the movie is awesome — it has deep flaws (how does Pyramid Head fit in again?). But the fanbase was not disappointed.

Unlike Resident Evil. This is an example of a bad adaptation, because it did not stay true to the spirit of the material. Resident Evil is about being trapped alone in a old mansion with zombies. They’re slow, but you are running out of ammo and don’t know when you’re going to get more. The movie thought this translated to being in a techno-basement with an AI. There are zombies, but they’re fast and you have an army squad backing you up. Not scary. In fact, the biggest video game movie bombs — Super Mario Bros., Double Dragon, Street Fighter, Final Fantasy: The Spirits Within (irony!) — failed to stay true to the spirit of the material.

(Author’s Note: I’m torn about what side Mortal Kombat falls on. I suppose it was true to the material — cool martial arts, tournament for the fate of the world, sorcery — but it also changed several key points — over-the-top violence, Sub-Zero/Scorpion, and weirdness with Kitana/Liu Kang’s “redemption” arc. Of course, I need not mention MK:A.)

So what’s the spirit of TMNT about? It’s about honor and teamwork. The ninja turtles always act within their discipline. Even though Michelangelo never takes anything seriously, Raphael is a dick, Leonardo’s uptight, and Donatello’s passive, everything they do is motivated by honor. The spirit shows in its origin story, which is always vaguely the same — there are two ninjitsu masters. One betrays the other for power and corrupts the clan. The other becomes exiled, and through luck, raises four new disciples, whose mission is to restore honor and preserve the original integrity of the clan.

Teamwork too. Even though all the brothers are so different, they all work together, despite their conflicts. It’s the reason I like ALL the TMNT movies. It’s especially prevalent in the conflicts between Leonardo and Raphael.  Even though they have different ways of doing things, they have the same goal — they never act against Master Splinter’s teachings. And by the end, they’re always united.

Can you have those things with aliens? Yes. But it’s not quite the same, because TMNT’s honor is rooted in ancient Japanese tradition. And the teamwork comes from the fact that they are the only four of them in existence — they’re all they have.

5. Some say just ignore it. It won’t kill the franchise. It’s just another work, and this franchise already has plenty

But does it really need one more? I’ve already proven the director is poorly chosen, the change is pointless, there was nothing wrogn with the original, and it violates the theme and motif. It’s standard operating procedure to jump on an easily merchandisable concept like this — that’s how we got TMNT in the first place.

The original Eastman & Laird comic book was created A) as a parody B) for an adult audience. The big corporate jerks made it into a cartoon, a toyline, and history was made. But the people who had those toys are now grown up, just the same way video gamers have grown up. They still expect video games. And we still expect turtles. But we’re not the dumb kids we once were.

If this TMNT film gets made and bombs, that means it’ll be a long time before we see the next try, because studio execs will think “No one saw this movie. They must not be into turtles anymore”. No, it’s because you screwed up in the first place.

What is it with movies these days? It’s like studios are making movies intentionally bad. Twilight, Transformers, Cars 2, Thor, Green Lantern, Avatar: The Last Airbender — special effects spectacles with commercialism first and foremost in mind. Are they making them terrible on purpose? Is this some after-effect of MST3K? That movies became so laughably bad that they’re like literal train wrecks — people can’t help but watch the carnage? Somewhere, the viewing public has lost sight of what makes a good movie — good stories and good characters. But maybe with The Hunger Games, there is hope.

Changing a key element like this insults the audience — the very audience that’s making this movie possible in the first place. It insults them because it’s slapping a loved name on any product and thinking we’ll line up like sheep, back up on the treadmill for nostalgia’s sake. It implies that we’re too stupid to care. Executive Meddling has been the downfall for many potentially great films. But fans can change things. Fans changed the ending to Star Trek:Generations. But with money-makers like Michael Bay in studio pockets? Well, some men just want to watch the world burn. 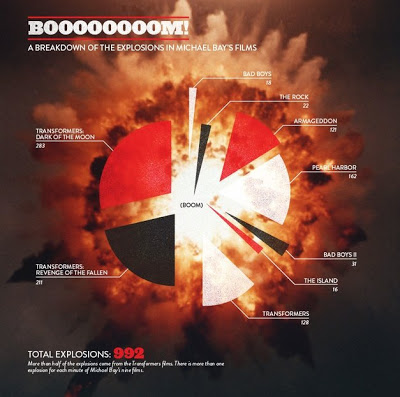