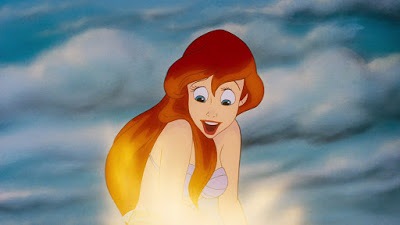 What if Ursula never gave Ariel a vagina? What if she didn’t know what one looked like, since she’s been under the sea for so long and has no interest in humans. So she just left her blank down there, like a Barbie doll, because she didn’t know there was supposed to be something else. That would explains Ariel’s lack of reaction to the new features between her legs (in that there wasn’t anything to react to).

Boy, wouldn’t that be a surprise for dear old Princey.