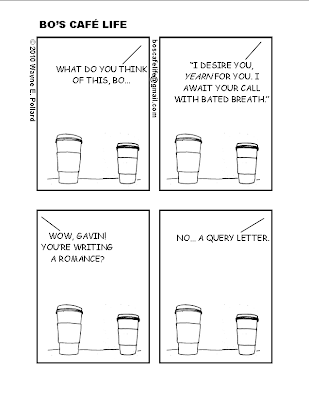 Right now, I’m working on my query letter for Merm-8. Like most other writers in the world, I am not good at the query letter. I worked very hard on it for Black Hole Son, which was a challenge in itself, since its got two main characters and two storylines. Merm-8’s working out to be a littler easier, either because the storyline’s simpler or there’s only one main character to worry about. But now I figured out why I’m having trouble…

I cannot advertise my book and say what it’s about at the same time.

It’s just too difficult. It’s two different audiences. I think the biggest problem is that I’m not an advertiser, I don’t have that skill. It’s not part of my skill tree. Probably advertising involves quite a bit of hyperbole, or stretching the truth. Or let’s call it what it is — lying. And I hate lying. I’m not good at lying (despite writing fiction). I hold a dedication to the truth.

I don’t have an advertising bone in my body. If I ever do get a book published, I’d probably be better at convincing people not to buy it than to pick up a copy. If I spent enough time crafting, I probably could gain some advertiser skills. But I’m basically writing back cover copy, which I haven’t studied much of.

I can summarize it pretty well. I can do that fairly well, although, again, like most writers, not great at summaries. I am a long form writer and I feel like there’s so much in the book that it’s impossible to indicate how awesome it is just from a sentence or too. But I can try. I can tell someone what my book’s about. At least I can say what happens.

It takes place on a flooded Earth. Gene is a Han Solo-esque mariner who owes a large debt to the mafia. While escaping from them, a mermaid swims into his ship. He and his personal AI (his assistant) bring her to a sea station. They give her to a scientist friend to study in secret. Gene hopes he’ll get some credit when his findings are published and meanwhile searches for jobs. Unfortunately, the populace discovers her existence. Some are excited and some are scared, since mermaids are traditionally bad luck for sailors. Right after they find her origins, a giant silver ship attacks the station.

Gene rescues the mermaid, but his scientist friend accuses him of theft. Gene has to knock him out before the station collapses. They shipwreck on a deserted island. While he fixes the ship, the mermaid learns to talk, and they begin to bond. Soon the silver ship comes back. Gene finds out it is attempting to destroy the mermaid, because it comes from a secret island full of fantasy creatures, created by a geneticist. Gene fools the ship and tracks it back to the island. They meet some of the creatures and learn the purpose of the island: to be an escapist fantasy. After he brings back the mermaid to her habitat, the mafia Gene owes a debt to shows up. They take his AI and prepare to take over the island. Gene faces the choice of leaving the island consequence-free for himself or saving the island. Gene returns to the mermaid to help him take out the mafia and save the island from a ticking doomsday device.

See? That’s no so hard. Problem is, it’s boring. This wouldn’t sell any books. It wouldn’t excite any agents. It wouldn’t be seen on any back cover. It’s full of declarative sentences and practical words. It’s not zazzy, it’s not edgy, it’s not anywhere close to making you want the product.

There’s an inherent contradiction, at least within myself, about stating fact and stating lies. It’s like oil and water — I can’t combine the two. Must be my strong, judicial, moral values. When I do it, it sounds corny, hackneyed, and false. Like the worst Las Vegas travel writer trying to upsell the worst buffet diner, where the shrimps are brown and one of the options is fruitcake.