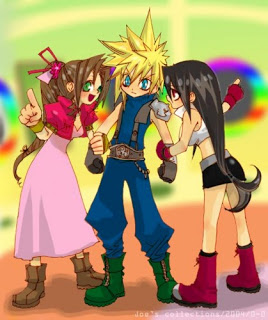 I mentioned this story briefly as an inspiration for Milk and Honey, but that was just the sex part. Deus Ex Jenova is not about sex, though it has sexuality. In fact, it doesn’t have that much sex except at the end, as an addendum and a response to the prudish nature of modern American literature, when most classic literature was basically pornography without pictures. They had to make do with veiled metaphors and alluding language.

But I digress. It’s much more than just a spot of naughty. It’s a full-fledged story that employs several no-no tropes, like resurrecting Aeris (don’t worry, that’s not a spoiler), original characters that save the day, main character death, and OOC-ness. But everything it does, it justifies. And makes up for it by a rocking story full of action and an illustration of human anguish.

For one thing, it clearly defines the main characters with both plausible old characteristics and new ones. Cloud has become more taciturn (and this was way before Advent Children). Tifa is fun-loving, temperamental, bossy, and closed-off emotionally. Aeris is cheerful, passive, and motherly. These are exactly how I imagined the characters to act after Meteorfall in the story. And best of all, the characters have sexual identities.

Plus, the characters change over time. They learn, they evolve, they make mistakes, and they are not in the same place they started when they end up together. And remarkably, it does all this while staying in the same universe. Even enhancing it by filling some plot-holes the game left (which is common for JP games).

For anyone who played Final Fantasy VII, this is a must read. I don’t know what Max Zhang is doing right now, nor his co-creator R. Richardson (who’s impossible to Google). IcyBrian lists his site on Geocities, and become fossilized. He actually left me a comment when I posted about Milk & Honey, but I never heard back from him after I e-mailed back. Hit me up again, Max. I’d love to pick your brain about writing and what you’re doing now. 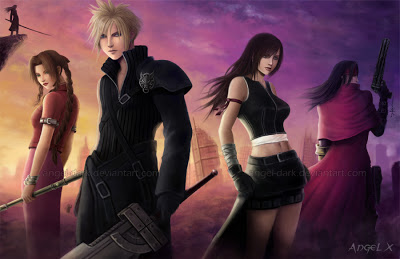