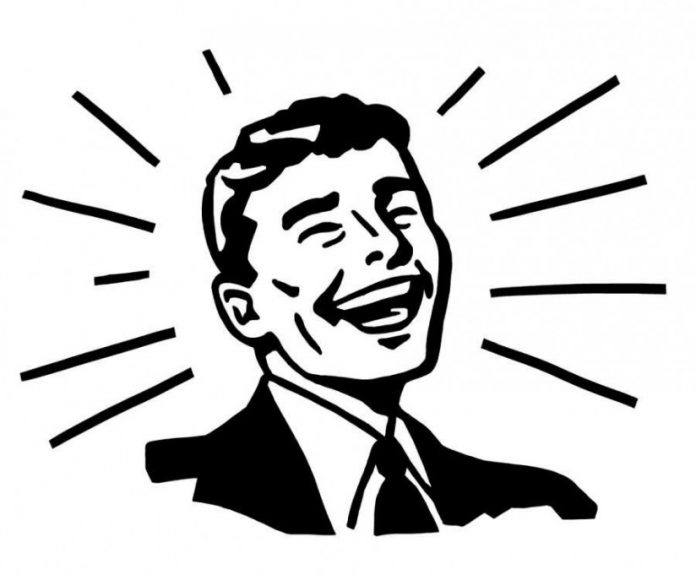 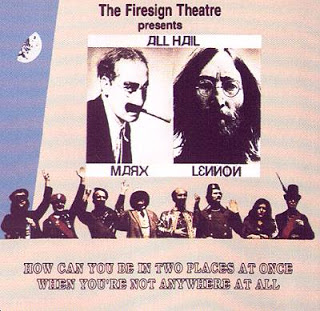 For a long time, this was the only thing from Firesign Theater I listened to, because it was the only one I could understand. The style is fast-paced, surreal, and filled with in-jokes about old-time radio dramas (there’s a line where the character’s in snow and someone says to him “come in out of the corn starch”. SFX guys used corn starch for the sound of walking through snow). Coherent story takes a back seat to humor. The best thing about it was that you had to listen to it multiple times to get all the jokes. The worst thing is that you had to listen multiple times to get it.

Nick Danger is the easiest to understand, because it’s a traditional Raymond Chandler parody. But it devolves into ridiculous non-sequitir involving a time machine, clones of everyone, and a Zucker Brothers fix-it-up ending. Eight-year-old me has trouble processing that. But the older I got, and the more I listened, I rediscovered all the things you missed. Like when someone says “I assume you’ve come to see my mistress, Mr. Danger.” in a way that sounds like his mistress is “Mr. Danger” when really he’s talking to Mr. Danger. That’s a classic case of a misleading clause that’s comically read wrong.

You need to really concentrate to fully appreciate the humor of Firesign Theater. It’s best enjoyed with the eyes closed, free of distractions, where you can visualize everything that’s happening. Just as people did in the era before television. 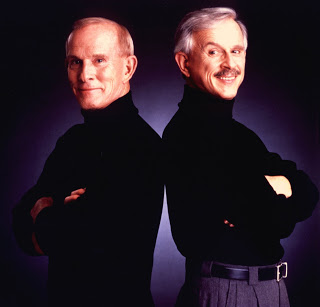 Who are the Smothers Brothers? Only the best American comedy duo ever. Better than Lewis and Martin. Better than Abbot and Costello. Better than George and Gracie. Better than Harold and Kumar. For one, they’re actual brothers. For another, they incorporate music into their performance. For last, they have a framework, not shtick they repeat (like the Three Stooges slappings or Abbot’s flustered stuttering). That framework is that Tommy’s the “slow, endearing” one and Dick is the “straight” man trying to maintain a solid performance.

For some reason, I always got Tom and Dick confused. Tom looks like he should be named Dick and Dick looks like a Tom. I knew them from their comedy albums. (“And that parakeet flew into that pot of boiling, hot milk… and I don’t like Cream of Asparakeet.” “That’s a pun, isn’t it?” “No, that really happened.”) But they’re more known for their comedy-variety hour. It was on before my time, so I never got to see it. But apparently, it was quite controversial for being youth-oriented, satirizing the Vietnam War and other counter-culture issues. Not something I expected from two nice boys singing folk music.

This is where I got my penchant for two equals in a constant state of bickering. You can see that in a lot of my written works like Gatecrash, Influx Capacitor, and Playable Character. I personally think that kind of relationship is hilarious. Maybe it’s because of me and my sister. Maybe because it lets you be funny without resorting to insults, condescension, or un-values like racism and self-deprecation.