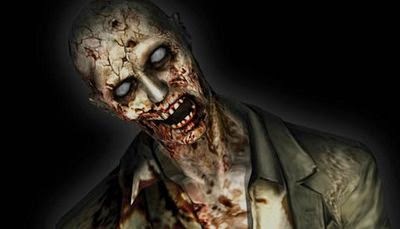 I had a dream about this the other night. For some reason, I dream a lot about video games. Don’t know why.

So this is a first-person, open world game, along the lines of Deus Ex, Skyrim, Fallout: New Vegas, but set in an environment like “Last Night on Earth”. Like Bioshock, all in-game cutscenes, starting from point one. You never even see who you truly are.

You are rolled into a hospital ER. There’s chaos everywhere. You are not alone, as dozens of doctors and gurneys criss-cross in front of you. Nurses exposit as you ride into a holding area, talking about bite marks, rabies, standard zombie fare. As they work on you, the screams increase.  People flee as some D.O.A.’s start getting up and biting. As the chaos flows, you rise too. You may not be patient zero, but you are close to it.

The world changes (maybe it fades from black and white to color). You’re a slow-moving, shambling zombie. There are other zombies around you, as they slowly start to overtake the hospital. Maybe one starts following you, due to the Escort system (more on that later). After you learn the basics (eating people, taking damage, fighting), you leave the hospital. 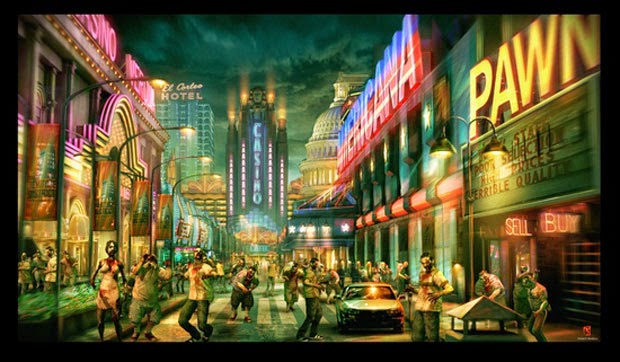 You can wield weapons, but you probably won’t have an inventory (what does a zombie need a satchel for?), just what you can carry in your hands (a la Halo’s two weapons). You can pick up pieces of wood, which will break easily, but are plentiful. Or you can find machetes, shards of metal and glass, knives, and other leftover human weapons. Which will be copious, because once you leave the hospital, the world turns into a post-apocalyptic wasteland out of the mind of Romero and Silent Hill. It’s kinda like Fallout, but more colorful and faster.

At that point, you need to start deciding which of the two factions you’re going to favor: humans or zombies. (Also kinda like in Fallout.) There won’t be any formal declarations like FFX-2 or Bioshock. You won’t be talking to anyone (since you’re a zombie), so it’s all based on your individual actions. You have a “reputation” among individuals. A human might start trying to take you out, so if you don’t fight back or try and walk away, that human might perk up and try to make you an ally. But can you ever truly gain their trust? What’s to stop you from turning around and burying your teeth in their neck? 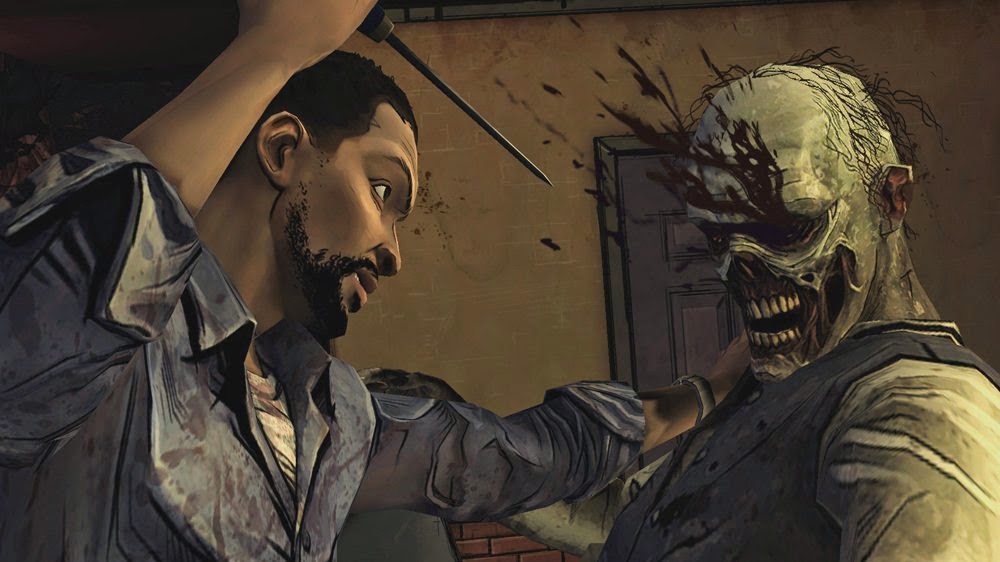 For instance, you could partner up with a human as you walk down the dusty trail. But if you eat another human in its presence, he/she will immediately try and kill you. HOWEVER, if you somehow manage to eat someone without him seeing or discovering the corpse, then you might get away with that. (And this can’t be stupid AI either. You can’t exploit a glitch and eat someone while his back is turned. He’s going to hear that kind of thing. Or see the corpse and put two and two together.) Or if you’ve been antagonizing one person, and helpful to another, that might cause some conflicts amongst all three.

Or you could side with the zombies.  If you know anything about zombie lore, this is clearly the winning side. And these zombies would have to be a shade more intelligent than the standard. I’m thinking more David Wellington style, not 28 Days Later or I Am Legend. I imagine there would be a “zombie villa” where, after some time of culling and natural selection, zombies might gather to restart their lives. Abandon tight-knit apartments with alleys barely big enough to squeeze through. The humans dart in and out, trying to escape the hands on their flesh. Here there’s a fat zombie that could be a boss fight. 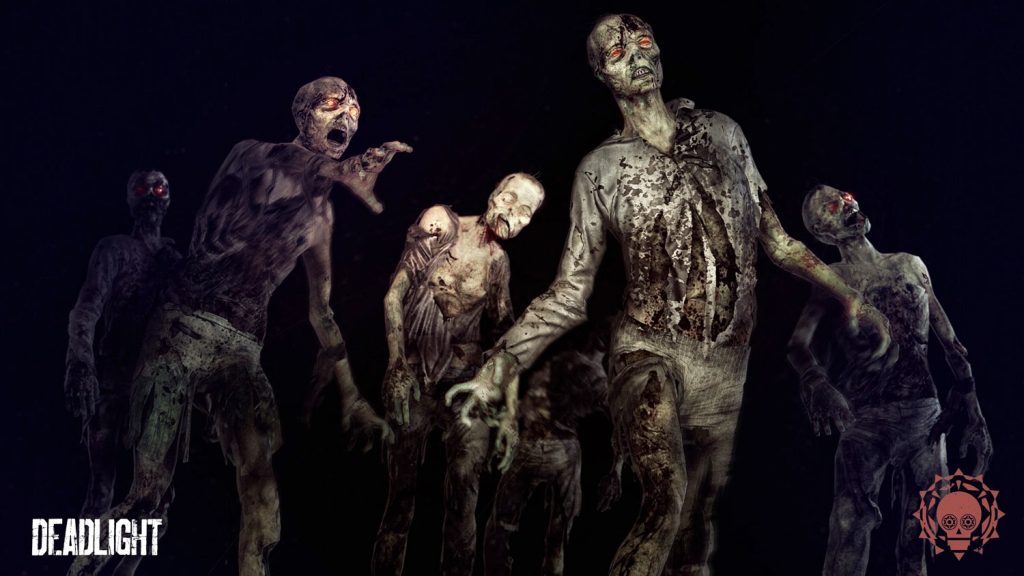 Another might be a cult kind of place with a big muscular zombie in a cocoon who’s protecting a little girl. Your mission would be to “The Last of Us” this girl around to preserve her for some reason, escorting her to avoid the big zombie.

Speaking of escorts, zombies are no good as ducks in a barrel. You need friends to properly create a menace. How? Basically you just stand near a zombie long enough to bond with him. He smells your smell, he knows your presence. It’s a mechanic similar to healing an ally in Left 4 Dead. NPC zombies will follow you and protect you. You’re not leading them by any means, but you can guide the group. Sort of like Pikmin bullet sponges. But if they take too much damage, they become ineffective. Even to the point of getting mowed down to a torso that crawls after you very slowly. Get too far and the bond breaks.

So that’s my game. Take it, run with it. Make good art. You have my blessing. I might even throw into the Kickstarter. 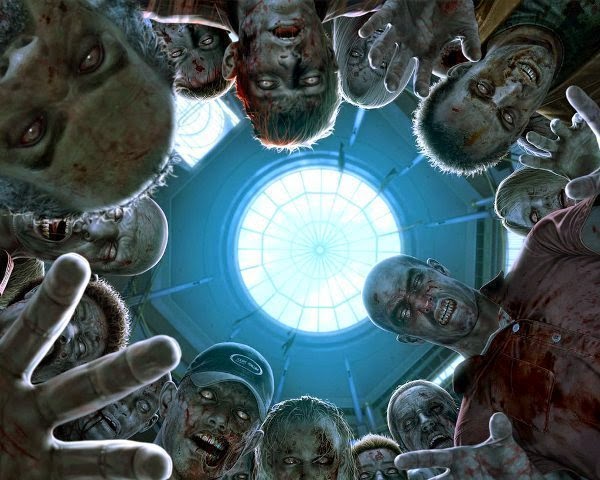