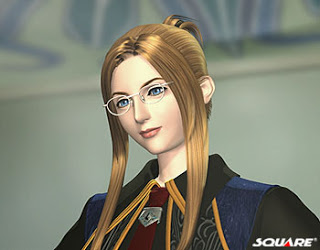 Our next story is called “Sowing the SeeDs” by Greenbeans, A.K.A. Amanda Anderson. If you’re not familiar with the Final Fantasy 8 universe, yes, that last D is supposed to capitalized. But no, it’s not an acronym or anything. I don’t know how to explain it, it’s this whole thing.

Sowing the SeeDs is a prequel to FF8 and is the story of Xu. She’s not an original character, but she might as well be because this story gives her a ton of backstory. Xu is about to graduated from Garden (a school for mercenaries) and has been charged with taking care of a young prodigy named Quistis. As they both progress in their education, they form relationships with other students, enemies, and most of all, who they are in the world. Other characters include Kei, Xu’s cousin, Enju, an undercover assassin who cannot perform magic, Sierra de Ling, a troubled student, and cameos by Zell, Seifer, Squall, and others.

This story gets fan fiction right–it takes a minor character and explodes her, but keeps us grounded by making a main character from the universe into a minor character. The resulting debris shines light on corners of the world that didn’t even exist. Prequels are somewhat uncommon in fan fiction because people want to see their characters continue on after the series ends. But prequels, especially to Final Fantasy games where the past is often a big puzzle, work well, and this one does more than any sequel I’ve read for FF8.

It’s beautifully written and has well-rounded characters. The serial format keeps the plot hopping with new developments and storylines. It’s full of flesh and bone, conflicts, characters to like and dislike, and things that are never present in the world, but make perfect sense. So when you play the game again, you have a re-definition of the world.

Unfortunately, I couldn’t find any information about what Amanda Anderson is doing now. She has some touching biographical information on her homepage, but her last known update of anything was in 2003, seven years ago. I hope she’s continued writing since then.