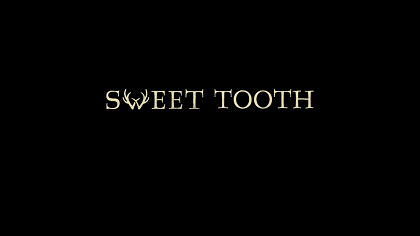 Oh my god, I can’t get out of my head how much I hate this show. The first three episodes make it look great, but then the next five A) drag it out like a motherfucker and B) have some characters I can’t stand.

Most of all the kid. I hate this kid. Don’t get me wrong, the actor behind it is fine. The effects behind him aren’t great–his ears don’t look real, they look robotic. They don’t move like real deer ears. But that’s not what bothers me.

What bothers me is that the kid is the root of all their problems. He’s the plot mover. Story slowing down? Get him in trouble. The kid is fucking incompetent. He can’t listen to instructions, has no discipline, and not an ounce of self-preservation.

Maybe you shouldn’t piss off the guy with the gun who’s allowing you to follow him. What does he do? Pisses him off by eating all his food and medicine.

“Sit on the bench and don’t move while I get train tickets.” What does he do? He immediately gets out of his seat and starts wandering around.

“Don’t walk on the bridge, it won’t hold your weight.” What does he do? Immediately walks on the bridge and falls through. (Which leads to a dream sequence which I’ll talk about later).

“Stay still and don’t move or the man moving through the train car.” What does he do? He moves and knocks something over and alerts them. Do you want to die kid? Do you hate yourself (and me) that much?

Now is not the time to look for your stupid stuffed dog, there are guards on the train who will kill you and they are coming in. Maybe don’t wander away? What does he do? You guessed it… (At that point, Big Man is like “well, I know we’ll be too well off if I don’t go for his stuffed animal. Might as well resign myself to my fate.”)

Fucking kid doesn’t think. What is he, ten? I have an eleven-year-old and I would trust her in a survival situation more than the kid who’s half-deer.

And at the very end is the piece de resistance, where he radios the bad guys his exact location. Whenever he starts a sentence with “Don’t get mad, but…” you know A) shit’s going down B) he knows what he did was wrong but he did it anyway. I don’t believe in child abuse but he’s only half-human. Can I half-smack him?

He gets his friend shot. How has he not learned there are consequences for his actions yet? The fact that he’s making mistakes isn’t the problem. It’s that he keeps making the same mistake over and over. He’s incompetent and he’s a liability to his allies.

This isn’t endearing. This isn’t “oh, he’s just a kid”. It’s not like he was never taught how dangerous and deadly the outside world is. AND HE KEEPS DOING IT. By the end of the series, I was rooting for Dr. Robotnik General Abbot to kill him, just to teach him a lesson.

The other character I can’t stand is Dr. Singh. I wouldn’t mind if Abbot gets him too. He’s such a whiny little bitch. He’s always crying about the cure and the medicine and what he has to do and PTSD from when the Sick first started. Bitch, didn’t you ever have a patient die? Medical school is not for the timid. I know, my brother-in-law is a doctor. I hate to be misogynistic, but man up.

He’s so brow-beaten by his wife. I’d rather the series be about her–she seems cool and tough. She’s horrified by what has to happen to get her treatments, but she also does not want to die. And when it comes to me and someone I don’t know, I might make the same decision. Especially if I’ve been doing it for so long.

And he keeps saying “she’s not contagious!” Bitch, how do you know? How do you know you’re not just immune. Or maybe even an asymptomatic carrier? I’m not a doctor and I know this stuff.

They’re hiding, essentially. Hiding in a nice gated-off community that has power and wifi and food and a doctor. And he’s keeping his wife’s Sick at bay with some kind of magic injection, but all it does is stave it off for a month. Then because they live in a neighborhood full of Karens, one of them finds out.

But just before she’s about to tell the world, they accidentally (fortunately?) kill her. But of course, because they love the drama, they hide the body in a freezer instead of A) burying it somewhere nowhere will find it or B) telling the truth because there’s no point to hide anything because the only person who knew about your wife’s Sick is now dead.

That would be the logical thing to do. But if this show embraced logic and rationality, the plot would never move forward. So we have to give characters the idiot ball just to keep things going.

So the result is an intriguing first three episodes, and then five more of what I call “crying in front of the camera”. Each episode, when they’re not saving Deer-Kid from his own crapulence, is filled with heart-to-hearts, flashbacks, dream sequences, and whining/crying about their current situation to someone (when they’re the ones who got in that situation in the first place). They’re not character-building moments, they’re filler.

Not to mention, the plot is super predictable. Of course, Gus is a science experiment. You haven’t shown me that “magic” is a thing in this universe so the only other possible explanation is science gone awry.

I wish I hadn’t watched this. All it did was angry up my blood. But everyone was talking about it. Maybe because it’s aimed at a younger audience. Maybe because it’s about a relevant topic at a time we were binge-watching everything. It’s a fantasy-adventure that favors the child audience. But I know helicopters don’t crash into each other because of a virus and you still have to go to work and the world doesn’t end all at once.

This post may seem a little rushed but I just couldn’t hold it in anymore. And the posts that spew vitriol seem to get more views. I’m no rebel to the algorithm.