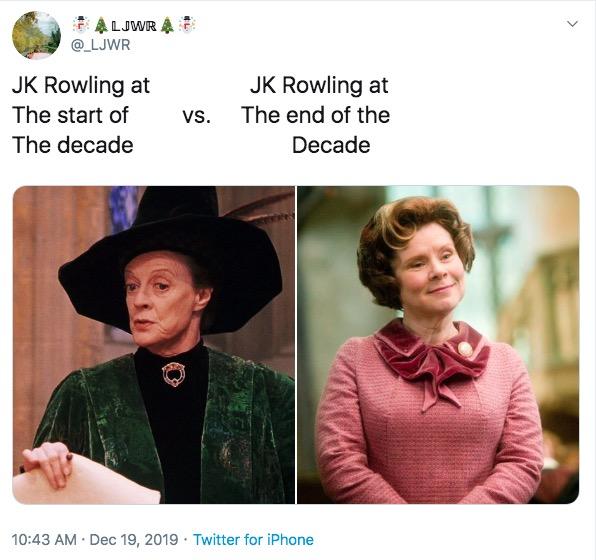 Transgender issues are bubbling up again thanks to J.K. Rowling. I don’t agree with or share her opinions, but (and I’ll probably come out on the wrong side of history on this one) there are things about the transgenderism movement that make me angry.

That doesn’t mean I’m anti-transgender. I don’t think they need to be “converted”. I’m not afraid of sharing the bathroom with a transgendered person. I don’t ask questions about their surgery or sex life. I don’t subscribe to stereotypes–each one’s story is unique.

But there are elements of the transgender culture that make me… skeptical.

SIDE 1 – The Side Where You Hate Me

Part of the problem is that “transgender” is such a nebulous term. “Homosexuality” is self-explanatory: guys are attracted to other guys and girls are attracted to other girls. But there’s a hundred different terms you gotta know: transgender, transsexual, non-binary, genderqueer, bigender, pangender, genderfluid, agender, third gendered, intersex, assigned gender at birth. I can’t keep these all straight.

And then there’s “choosing your own pronouns”. They put them on their Twitter profile, like badges of honor, even when they’re cis. He/him, they/their, sie/hir, ze/zir, ey/eim, per/per, like an alien language.

And there’s apparently a thing where you’re not supposed to call a trans person by their old name. That I cannot get on board with. It seems overdramatic–“don’t refer to me by my slave name”. You don’t get to say “I was always Jill.” No, you were once Jack. It said so on your birth certificate. Will you stick to your principles if I have this ten-thousand-dollar check for Jack?

The whole thing reminds me of this clip from Dana Carvey’s stand-up about the artist Sting.

People choose your name for you–it’s one of life’s delightful little foibles. Even nicknames are assigned. It’s like they’re trying to change the past, and you just can’t do that. If you record an interview with Jack and then she became Jill, are you not allowed to run that interview anymore? You gotta redub every instance of the name? Will you stick to your principles if I have this ten-thousand-dollar check for Jack? This asking for too much turns me off from the “transgender rights” movement. It feels like they’re making the world revolve around them.

Just saying someone is “trans” is clear as mud. Does “trans man” mean they’re in a male body but believe they’re female? Or started as female and physically transitioned (through hormones/surgery) into being a man. And is there term for how to know what parts they have?

And what I can’t computer is that none of it’s based on rationality. It’s all “feeling”. How you “feel” as that person. A man could want to have a woman’s body… but still only date women.

Here’s a bit of rationality: what if you believe you are a one-armed man in a two-armed body, and you need to lop off your arm to feel “whole” or “right”. Wouldn’t you try to stop that person? Wouldn’t you think that person is crazy has a mental disorder?

Why is there no “racial dysmorphia”? Where is the white man who says he feels like he’s really a Black man? Surely there’s some kind of plastic surgery that can make your skin darker or lighter. What about a tall man in a short man’s body? Maybe you feel like an orc? I’m not saying the concept of dysmorphia (the feeling that you are in body X but you’re a Y) is silly. I’m saying if “gender dysmorphia” is a thing, why do we treat it by bringing about that change instead of walking back the person’s misconception?

Or maybe there is racial dysmorphia if you believe the story of Rachel Dolezal, former chapter president of the NAACP who was dismissed because she lied about her race. Specifically, she was “born white to white parents” but “self-identified” as Black. It doesn’t seem like anyone respected her right to choose the race she believed she was–she was shunned, sued, and now she’s on food stamps.

Or consider Valeria Lukyanova, who alters her body to look like a Barbie doll? What do you think of her? Do you think she wants to just look like the doll or does she want to be a doll? I have no idea, but the results aren’t appealing (i.e. she looks like an alien).

Or how about Dennis Avner? Known as “Stalking Cat” for his modifications, both ink and surgical. He had so many procedures done, he has a world record. Does this look like sane behavior? Does he believe he’s a cat in a human’s body? One thing I know, his doctors and plastic surgeons are taking his “needs” all the way to the bank.

I’m not saying this behavior is right or wrong. I’m holding it up for comparison. These people believe they are who they say they are, just in the wrong body. And they want to make their outside match their inside. But no one is holding these people up as pillars of the community or “heroes”.

Search your feelings when you consider these people. If you point to one and say “this is self-harm” or “this creates a feeling of revulsion” then to the other and say “this is fine”, doesn’t that make you a hypocrite?

You can look at this debate from every which way, like counting every facet of a d100. But at the end of the day, it just doesn’t affect me.

The fact is, just because I don’t “get it” doesn’t mean I have to stop it. There’s lots of things I don’t get “get”: Tik Tok, the Illuminati, “Yes Chad”, bubble tea, Logan Paul, WAP, Twitch, and the list goes on. I think I’m supposed to get a red gem in my hand soon.

For example, women getting flowers. Men rarely do it because we don’t understand it. There is no male equivalent for getting flowers. Why would you want something that’s going to die in a week, something that needs water and maintenance? It’s not like giving a gift. Gifts are permanent (unless they’re food but that’s different). You need to get the vase out, pick the right vase out, put in the water, sprinkle in the plant food, cut the flowers, arrange them all nice, and then set them on the dinner table while they wilt and periodically drop dead petals for seven days until you eventually throw the whole thing out.

But I don’t need to know why my wife likes flowers to give them to her. They make her happy. So why not just do it? Pick a random day on the calendar, schedule a reminder: “give wife flowers”, and go get some.

A lot of the anti-trans movement is about fear. Stupid fear. I searched for “what are people afraid transgendered people are going to do” and couldn’t find anything. It’s just a general instinctual disgust. But it’s not rooted in any proof that something’s gonna happen. Because it ain’t.

In my youth, I asked the same things about homosexuality. Is it natural? Is it normal? Has anyone considered that it could be a genetic disorder/mutation? Because it doesn’t seem like nature wouldn’t purposely put something in there that counters a species’s ability to propagate. If it could be medically treated, would that change the way we think about it? Like in X-Men: The Last Stand? Are you your diseases?

But something can be normal without being natural. Humans flying is normal. And just because it’s natural doesn’t mean it’s good. Cyanide is natural.

And when I look deep within me, I just don’t care. I’ve got bigger things to worry about. I may get irritated at some of their asks, but it’s far from being a hill I want to die on. I wish I could say that about some authors.