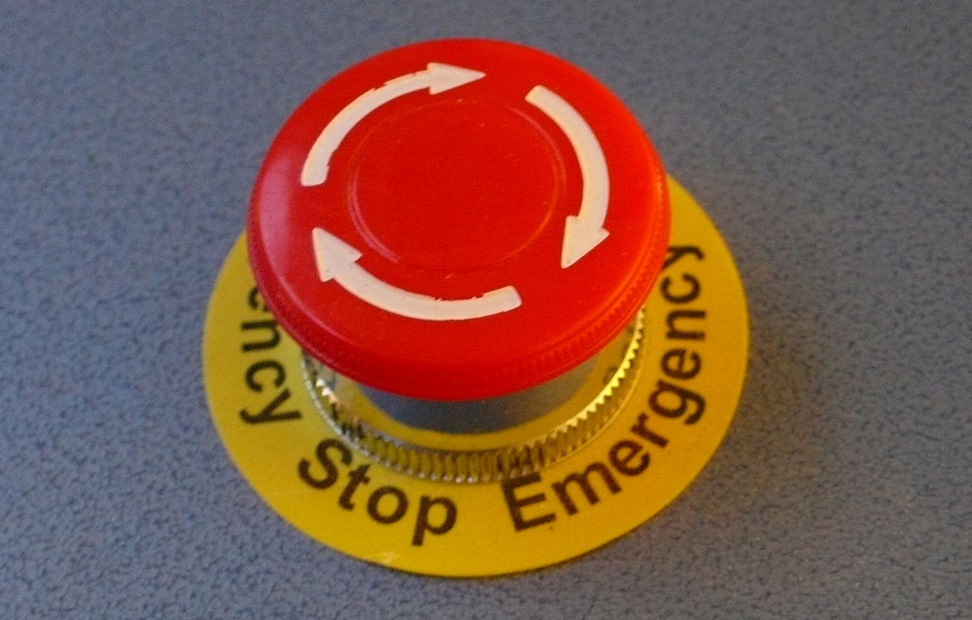 I’ve been reading synopses of Westworld episodes, thinking about robots.

Why don’t people ever put in failsafes or killswitches in their robots? This seems like the first thing you should think of when you working with a complex machine that has potential to turn on you. They even got buzzsaws that can shut off when they detect your finger. Sure, you get a cut, but you get to keep your finger.

But robots. No, they don’t need killswitches. We make ’em so perfect they don’t need ’em. Which leads to the cliche “moral of the story” about man’s hubris that we’ve been hearing about since Frankenstein (arguably the first robot story). It only took one Titanic to realize you need lots of lifeboats. Which means it’s implausible that humans wouldn’t create something without a way to shut off or roll back, should something happen. I work on the software industry and that’s 25% of features.

It’s just a natural failsafe. Computers have power switches for a reason. If things get so hosed you can’t control it anymore, you can turn it off. Stop all functions. Data had one. Johnny 5 had one. The Terminator did (in a deleted scene from T2). Even men have a kill switch to exploit if needed.