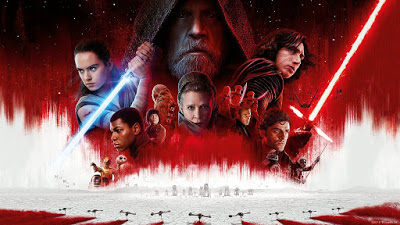 That’s it. I’ve had all I can stands, I can’t stands no more. I’m sick of these entitled crybabies whining about “The Last Jedi”. They’re making fan-edits to cater to their own “vision”, they’re making Change.org petitions to remove it from canon. And yet they can’t come up with one good objective reason for this hate. Complaining that’s not how the Force works? Go ahead, make that argument. You do realize that the Force does not exist, right? That it’s a construction of imagination and, therefore, it can do anything the writer wants? You’re all a bunch of fucking entitled, obsessive morons who had every opportunity to succeed in life but failed. Stories belong to their readers, but that doesn’t mean you can change what they are.

But I want to talk about the biggest hot take–Luke isn’t acting like I want him to I think he should Luke.

I think these people complaining see too much of themselves in Luke. They’ve grown old and bitter, fatigued with how the creators treat their “mythology” as a business, too influenced by MST3K and South Park, like it’s cool to deconstruct everything to feel important. Finding the flaws in everything makes you feel superior. But like they say in Ratatouille, the critic who decries a work of art for being mediocre isn’t half as important as the creator who made it so.

I totally believe Luke would become jaded and bitter and cynical about Jedi. Maybe, after seeing everything that had happened, he believed the Jedi’s time had passed. Like Ian Malcolm says in Jurassic Park, the Jedi had their shot, and the universe evolved out of them. Let me give you three reasons why this makes perfect sense to me. 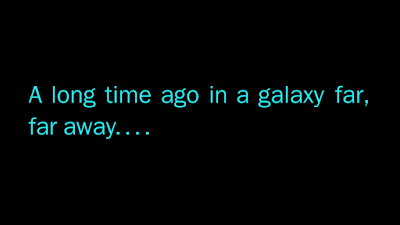 Let’s assume that Luke learned the history of the Jedi he didn’t have time for because he was fighting a war. A reasonable assumption, given that, as sole representative of all Jedi and teacher of the new generation, he’d want to know his legacy. There might not be many records left (authoritarian empires like to rewrite history) but the force ghosts of Obi-Wan, Yoda, and Anakin were all there. They could give him an oral history (Yoda’s certainly old enough). In other words, Luke watches the prequels.

And he learns the Jedi went from noble peacekeepers of the galaxy to a council of snooty politicians sitting in a room, handing out decisions about trade routes for places they had never seen. The High Council was more concerned about midichlorians, rules about marriage, and who gets into their little inner circle than actual philosophy. Maybe ten thousand years ago they were the galaxy’s guardians–noble warriors using might for right–but ten thousand years of peace makes people complacent. 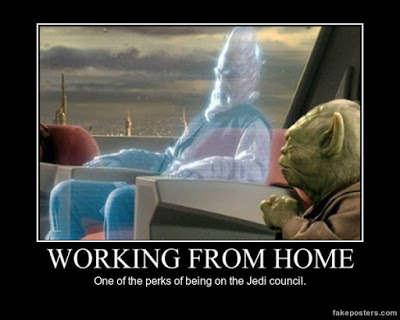 That brings us to…

So in learning about the Jedi Council, you have to include their downfall, brought about by a small boy. He would have seen all of Anakin Skywalker’s history, what turned him to the Dark Side. Of course, Luke would want to know this–he’d want to know A) how a Jedi turned to the Dark Side, in order to prevent it from happening again and B) what the Jedi Council did in reaction, paranoid, hunting the Emperor down, the one guy who gave Anakin the time of day. Mace Windu viciously attacked Palpatine, causing the hatred that fuels Vader. Morally wrong, but justified in-character. I might do the same thing in his place.

Anakin Skywalker did everything he could to stop the thing he feared the most, the loss of his loved ones. But in the end, it happened all the same. The Jedi way forced him down the Dark Side to prevent it. So what else was there for him at the end but to embrace it totally. Especially since he’s living in constant pain from what Obi-Wan did to him. 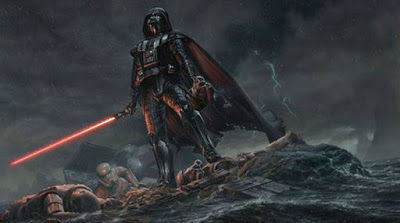 And maybe Luke sees this and wonders, if the Jedi, ten thousand strong, could have been destroyed by one man, how great and powerful were they really? 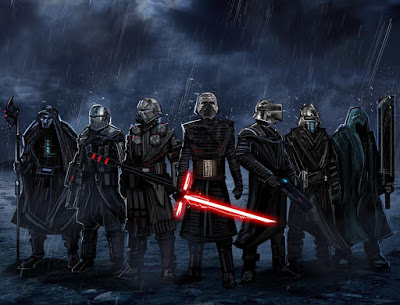 Luke sees all the things Darth Vader did. All the horrible deaths, torture, genocide, child murder, planet devastation, done by a single wreck of a human. For nineteen years, he cut through anyone in his way with the fire of a thousand suns, like Sherman’s March. He came in like Aegon Targareyn the First, landing on Westeros and forcing the nine houses to bend the knee. He eliminated traitors with prejudice, tortured P.O.W.s, made deals with criminals. There was no moral code stopping him from victory.

But in its context, Darth Vader/Anakin Skywalker was one man. One aberrancy after eons of peace and prosperity. Like a mutation. A black plague. A fluke. He may have almost wiped everything out, but there’s that word–almost. It’s been tough times, but the war is over. Now is the time to rebuild. The threat of the empire is over. We’ve learned from our mistakes, instituted prevention. For another Darth Vader to come along would take ten thousand more years.

How would it feel if, after defeating the strongest dark lord, the most powerful Jedi ever seen, you find out your nephew is the same. He’s been putting up Sith posters, talking about how great the empire used to be (“at least they made the Star Destroyers run on time”). You sacrificed so much to defeat Darth Vader, and here you are raising another one. It’d be like if you were the one to kill Hitler, and then you find out your grandson is a Neo-Nazi.

It doesn’t matter whether Luke knew Snoke had already gotten to him or not, the damage was done. There’s another potential Sith Lord in your bunk bed. Wouldn’t you want to just chuck it all and say “what’s the point?” Wouldn’t you say “this Jedi stuff is bullshit, if it’s just going to keep creating Darth Vaders”. Luke may have begun to think that the force is too powerful for anyone to handle. If you have a powerful weapon, better to destroy it than let it fall into the wrong hands.

I think Luke is acting completely in character, just like how Anakin Skywalker would have been a whiny, self-centered brat, using arrogance to hide his fear that this could all go away. Your complaints didn’t change anything then, they won’t change anything now. Luke’s been living with failure for twenty years. The whole point of the movie is that failure is not bad. Failure should not be run away from. You learn from it, use it to teach others. Luke is this movie’s protagonist, not Rey. He’s the one that learns something. He’s the one that changed.

Besides, how seriously can I take you when “your kind” releases a fan edit that removes all people of a certain gender from a movie. Taking out Jar-Jar is one thing–he’s comic relief with no impact on plot. But you can’t digitally remove 50% of the cast. What are you expecting? Is this supposed to be a statement? Satire? That someone burnt calories on such a bad idea blows my mind.

MRAs are complaining that the events in Last Jedi are against canon. Where’s the evidence? I don’t see anything that contradicts established canon. There are things that establish new canon, but point out something that says “in Episode X, someone explicitly says they can’t do Y, but they do Y in this movie”. Show me where that happens, where it’s not conjecture or supposition.

And it can’t be a “well blah blah blah wouldn’t-” No! Character errors are not errors. You don’t know what Luke’s been through from the Battle of Yavin to now, so you can’t tell me what he would and wouldn’t do. People change. People’s minds change. Their motivations and beliefs change. So don’t tell me Luke is the same wide-eyed farm boy turned hero from Return of the Jedi, especially after having his father die in his arms. Tell me that wouldn’t change a person. 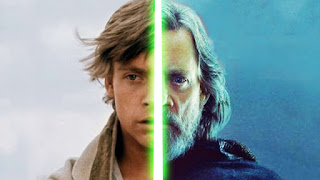 I think the people complaining are the ones who ate a steady diet of expanded universe novels between 1980 and 2015. Their Luke is the one that continued having adventures, fighting General Thrawn, falling in love with Mara Jade, established a New Jedi Order, ended several wars, including a second Civil War, etc. But this ain’t that universe. The novels were “the continuing adventures of Luke Skywalker”, like the legends of King Arthur or Greek myths. On-going stories, mixing and adding characters, all attuned to the time they were written.

This ain’t that world anymore. This is Star Wars: The Next Generation. This is a new set of characters with their own trials to get through, and the world of Episode 4/5/6 is in the past. The universe has moved on from that point. There is a new order. And since events have transpired in a different way than the EU, yeah, characters aren’t going to act the way you think they should. Because the fact is, those novels were written in a different time. Just think of the presidents that have passed through office since 1983.

Don’t watch the movies to find the next clutch of settings and characters for fan art. It’s not a newsletter–Updates from a Fictional Galaxy. Don’t watch it to see the same thing that made you happy thirty years ago.

Anyway, when it doesn’t go the way you want, just tell yourself a wizard did it.