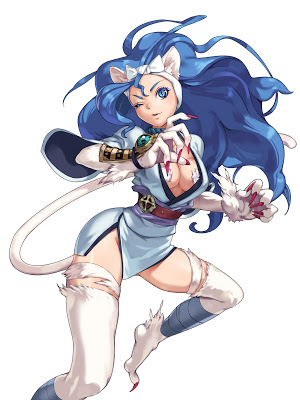 Here it is. The short story that everyone’s talking about lately. Mark your calendars. It’s a momentous occasion when a short story raises anyone’s hackles. Actually, it’s a momentous occasion when someone reads a short story. This one doesn’t even have any robots or murder in it. But it does have sex and female perspective, which seems common with a lot of short stories that garner controversy (“The Yellow Wallpaper“, “The Story of an Hour“, “The Jilting of Granny Weatherall“, “Where Are You Going, Where Have You Been?“)

Short summary: Margot, a twenty-year-old college student, goes on a date with Robert, a thirty-six-year-old socially awkward hipster she meets at a movie theater. They text a bit, she wonders what he’s thinking, how her actions are interpreted, how to interpret his, etc. Typical overanalyzing & overthinking. They have bad sex one night. Margot doesn’t know how to tell him she’s not interested. He texts her repeatedly with questions. She doesn’t answer. He calls her a whore. Story ends.

The guy reminds me of the WoW griefer in South Park’s “Make Love, Not Warcraft”. Slumped shoulders means he spends a lot of time on the computer. He demonstrates little ability to interact socially, especially with women, but he’s great on text. These are things I do have in common. When I was dating my wife, she fell in love with me more via AIM chat, not so much in real life. I was more talkative and funnier in text, because then I could gather my thoughts and didn’t have to worry about timing or body language. That’s why video chat has never and will never take off.

The reason the story is reaching so many people is that it’s so real. Like those other stories I mentioned, this is a modern “horror” story in disguise. In fact, it’s being mistaken as an essay or feature (because it’s in The New Yorker). I could totally believe this happened in real life. Especially the ending. I read psycho-texts like this on Imgur all the time (usually funny posts when they get a wrong number and keep obliviously texting and getting angrier). Some guy feels entitled after a few dates, gets ignored, and gets resentful. He’s lived a crappy average life, been given every opportunity and failed at it. Rather than blame themselves, they blame feminism or gold-diggers.

Margot seems to be trying to convince herself that she likes this guy. Is she really so devoid of prospects as a twenty-year-old co-ed? (Not according to the websites I visit late at night 😼 ) Maybe there’s a subtlety here that I can’t wrap my head around, that of casual encounters. Might be something after my time or I’m incapable of grokking it.

But my point is more of the relationship takes place in Margot’s head than real life. She fills in the blanks when his reactions are confusing or off-putting, instead of taking them at face value. She fills the gaps with what she wants to happen. Even when having sex, she turns herself on by thinking of what he’s thinking. This is a classic mistake of believing there’s more complexity in the room than there is. That’s the whole point of the story — trying to figure out who Robert is through incomplete information. That’s why the story ends when she gets it.

Thankfully, at the end of it all, she’s not scarred by the experience. And even as it’s going on, she’s thinking how she’s going to look back at it and laugh. Sadly, this is a best case scenario for the presented circumstances.

Here’s a pro-tip. If you are dating a man, and you’re getting a vibe that he’s like a skittish bear or a horse that needs to be calmed down, that’s a red flag. You want a human being, not a pet.

I question why Margot does not end this cleanly. Should we be more focused on her reluctance to give him any sort of response? I won’t say this is a character flaw because, in today’s society, it’s understandable. Every time a woman goes on a date with someone she doesn’t know well, she’s entering the lion’s den. She jokes about whether he’s going to murder her, but it’s only half a joke. That’s something men still need to grok about women. Women have a lot more to lose on the dating scene.

She gives herself two options — either a cut-and-dried rejection via text or an Irish exit. Let’s take a look at that golden oldie from 1996, up forty-two big notches to number eleven “Popular” by Nada Surf

Don’t put off breaking up when you know you want to. Prolonging the situation only makes it worse. Tell him honestly, simply, kindly, but firmly. Don’t make a big production, don’t make up an elaborate story. This will help you avoid a big tear-jerking scene. If you want to date other people, say so. Be prepared for the boy to feel hurt and rejected. Even if you’ve gone together for only a short time and haven’t been too serious, there’s still a feeling of rejection when someone says she prefers the company of others to your exclusive company. But if you’re honest and direct and avoid making a flowery emotional speech when you break the news, the boy will respect you for your frankness and, honestly, he’ll appreciate the kind of straightforward manner in which you told him your decision, unless he’s a real jerk or a crybaby.

Timeless wisdom from the age of Nirvana.

Women have the right to change their mind at any time. It would be better if they do it sooner than later, but still… Impolite or not, no one has any obligation to continue an activity they don’t want to. I can understand why you wouldn’t want to lead someone on then stop.

But there’s a difference when it comes to something as intimate as sex.

People are dancing around the consent factor in the sex scene. Margot could have said no at any time, but didn’t. This makes people confused as to whether the sex was consensual. It can be argued what makes refusal or negative consent, but you have to do something if you’re not under any threat. You have to make some kind of flag that says any reasonable person would understand as “I want to stop”. (Assuming that you can. If you do not have the ability to do so, like if you’re unconscious, it’s an automatic no.) Enthusiastic consent is a great idea, but it’s not legally binding. She may have been drunk, but that doesn’t mean you lose your volition (as court cases involving “Girls Gone Wild” have proven).

And you can’t tell a guy after he’s taken his shirt off that you don’t want to have sex anymore. That’ll destroy him. That’s when Margot’s turning point occurs. Even Ann Landers would agree with me there. Pro-tip: fake a sudden sickness. Say you drank so much you’re sick, or the dinner turned on you.

Someone needs to write a story from the cat’s point of view.