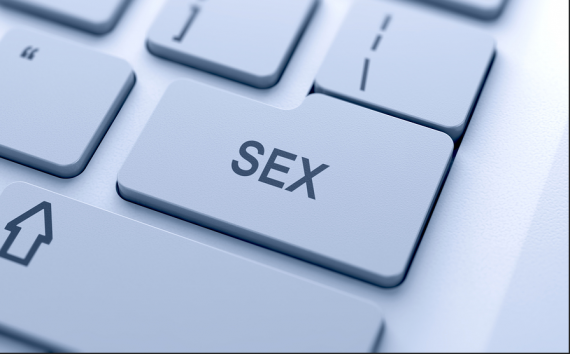 And I do mean scenes, not movies. There are no movies anymore, just blocks of two to twenty, sometimes forty minutes of sex. Not to mention it’s all free. That means you gotta make enough impact that some website bothers to credit your performance, because the video clip won’t.

But nonetheless, some have figured out a way to do it. They’ve harnessed the Internet into the engine driving their careers, so much that they’ve got mainstream appeal. Let’s take a look at my favorites from this era.

And she doesn’t have just a few freckles. She’s a redhead. Her face is covered with them. She’s got the skin of a desert lizard. So you must think she’s got to have something else to make her stand out, like she’s 400 pounds or can stuff a bowling ball in her vagina. Nope. Then it must be she has ginormous breasts. What’s that? She’s only a B-cup? Well, maybe she’s tall. What? She’s 5’4″?

Like Faye, she’s a B-cup and 5’3″, though she looks taller than she really is thanks to her body shape and light weight. She also has the added asset of a great ass and nice skin. I’ve seen her in more butt videos than any other, but she’s always enthusiastic and orgasms frequently.

I consider her analogous to Brittany O’Connell. Both have a girl-next-door look and an unassuming, approachable demeanor (not that I’d ever have the balls to get within five hundred feet). But they’re nymphomaniacs as soon as the door closes or the camera rolls. As she’s demonstrated from a diverse career, she’s commits herself to her job and throws herself into the moment.

I was surprised to find she’s actually the same age as Jenna. She looks older than she is, but that gives the expression of experience.

If Jenna Haze is to Brittany O’Connell, then Gianna Michaels is to Jeanna Fine. She has great, huge breasts and enormous ass. I love that she’s so curvy, bouncy, and can play to various roles. Especially the ones where she wears glasses.

Her other quality that makes her special is her ability to laugh during sex. A lot of performers continue playing the role they’re supposed to be in the scene. But Gianna has this unique ability to giggle or joke with her fellow performers. I don’t consider this breaking the fourth wall. I consider it a refreshing dose of reality. It shows she’s having a good time, and it shows that she’s really into the act.

I’m glad I made this list. I thought I’d lost this girl. She just started going under a different name. But I’ll post her as Melissa Milano, since that’s what I knew her as. I’ve only seen her in a few scenes, but she really stood out. She’s spritely, funny, chirpy. Like Gianna, she can laugh at the camera.

She has nice skin, bright brown eyes, and a cute hairstyle. She’s just all-around adorkable. There’s lots of jailbait, Lolita-looking girls out there, but Melissa’s the only one who ever pulls it off without making you feel guilty. She utilizes her stature in her performance, letting herself be carried, tossed around.

She has a small filmography, at least compared to others on these lists. And in some of her later scenes, she’s starting to look drugged out. I hope she bounces back, because she has a lot of potential.

How could I not put this girl on the list? I do like my alternative girls. I guess it’s just part of my male genetics, and diversity is the spice of life. Plus, you can always count on them for energy and interest. But this one shoots to the top of my list thanks to her love of video games. She even has video game tattoos. The big breasts and red hair don’t hurt either.

I’ve only been recently introduced to Sophie Dee and was immediately taken by her bright blue eyes. When I finally got the chance to see her in action, I also delighted in her charming accent and full-figured body. She’s like a British Gianna Michaels or a modern Nici Sterling (but without the twigginess). She also has one of the best breast augmentations I’ve seen, going into dangerous 36F territory.

Speaking of alternative girls, you don’t get much more alternative than Mandy Morbid. The name alone is enough to spin your compass. She has one of the best bodies I’ve ever seen, and I always wonder what she’d look like if she was “normal” (hope that’s not an offensive term), and why she chose to alter her appearance into “pornographic Tank Girl”. Not that I’m saying she needs to change — she’s a top-notch player.