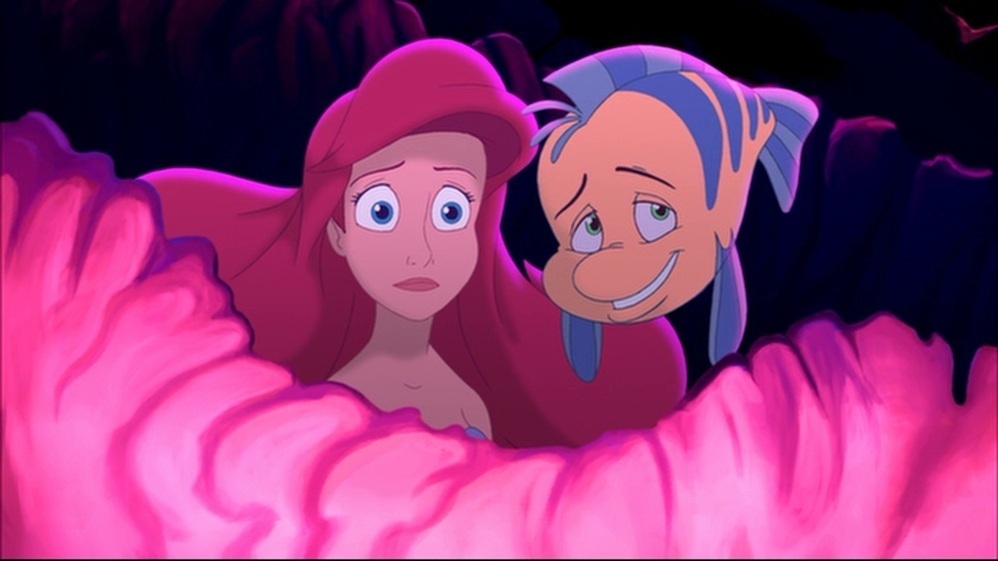 Okay, I don’t mean to be gross here, but did when Ariel turned into a human, did her carpet match her drapes?

I don’t expect Ursula has done a lot of research on humans. Books on physiology are hard to come by under the sea. So I’m not sure how she would know that human hair is all the same color. For that matter, Ursula might have overlooked that whole business and given Ariel an unfurnished basement. These days, trimming the hedges might be commonplace, but it must have freaked Prince Eric out — finding out that his bride doesn’t have secondary sex characteristics.

For that matter, does Ariel even have a vagina? Ursula’s no xenophobe, but it doesn’t look like she’s spent much time in the human world, if any. How does she know what humans look like down below without their pants on? Has anyone done a study of humans, maybe by dissecting the corpses in the sunken ships? I don’t know how long the sea kingdom’s been anti-human but it looks like it stretches farther than mere monarchical law.

So does that mean Ariel’s got the anatomic structure of a Barbie doll? (She’s got the proportions, but…) All Ursula would have done is make two legs and no extra parts. How would she know there’s more to put down there? What a surprise for the honeymoon night. We all know about the mermaid problem. Poor Prince Eric thought that would have been solved by her transformation. It explains why there’s no scene of Ariel trying to figure out what’s that new opening between her legs.

And no, I haven’t forgotten that Triton actually changes her permanently in the end. Considering that, it’s even worse. He’s even more anti-human than anyone under the sea.