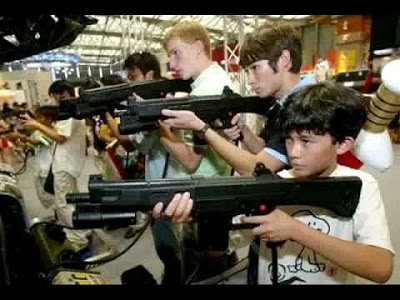 • You don’t need to reload guns. Guns have magical dimensions where they keep bullets, like hammerspace. Depending on the dimension, these bullets either need resupply or are infinite.
• If you do need to reload a gun, it happens automagically. You don’t even have to press a button. A new clip appears and loads itself. No need to operate machinery. No sliding a rack or pulling a pin. The gun and your remaining magazines automatically refill. No worries about partially completed clips. No need to count your bullets.
• Guns don’t have kickback. No gun, not even a rocket launcher or sawed-off shotgun, has the power to move your body even a smurf’s ass hair out of adjustment.
• Guns never misfire or jam.
• Holding a gun doesn’t make your hands tired. In fact, guns don’t really weigh anything. You can hold nine or ten railguns and run as fast as Usain Bolt.
• Bullets penetrate anything they need to. Except buckshot. Buckshot penetrates everything.
• Guns never get hot.
• Guns don’t make blinding lights or smells of gunpowder or blasts which deafen you. Ear plugs are for suckers.
• A .357 Magnum is more effective than a shotgun or AK-47.
• Gravity has no effect on bullets.
• Ammunition is everywhere: lying in the streets, garbage cans, cabinets, toilets, people’s internal organs…
• Respect the gun? Psh, just leave it on the ground somewhere. Littering only applies to paper cups and cigarette butts. No one else is going to pick it up anyway.
• The solution to everything is to shoot it. Doors, locks, buttons, people. 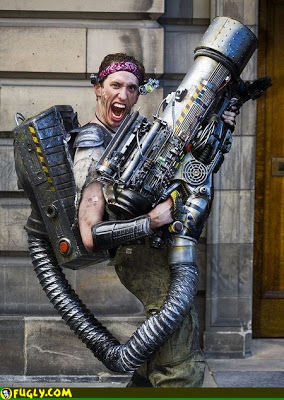 Obviously, this is a joke. Video games can’t perfectly duplicate real life or no one would play them. No one wants go through the complex process of reloading, counting bullets, weight management, kickback. That takes the fun out of it. 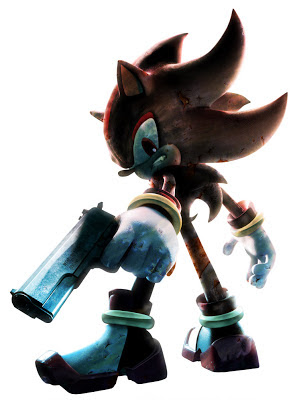 There are limits to what video games can offer, in terms of fun AND available choices. The programmers have to restrict you, because they want the game experience a certain way. If you want to play, you have to fight. You can’t talk them down or wave a white flag or tell your AI partner to circle around and garrote him. (See my article on Shadow of the Colossus) 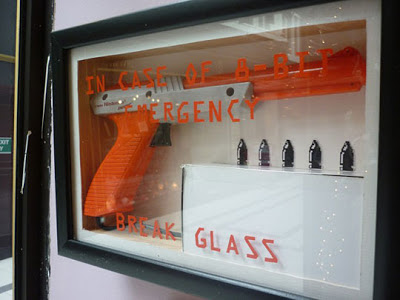 I’ve never fired a gun once and I’ve only ever held one (a handgun) in my life, just for a few seconds. I didn’t like it. It felt like a cold, dead piece of metal. I believe anyone who’s held a gun and does not disassociate the reality from the fantasy has much bigger problems. Problems that should not prevent all the rest of us, who don’t shoot people, from enjoying something.