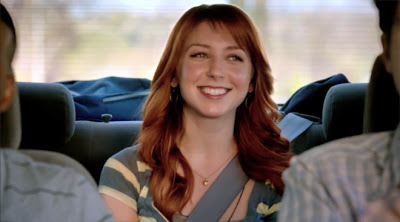 Here on “The Hot Girls You Don’t Know About”, we aren’t just about highlighting attractive and talented women, we’re also about discovery, and exposing truth where you might not think about it. 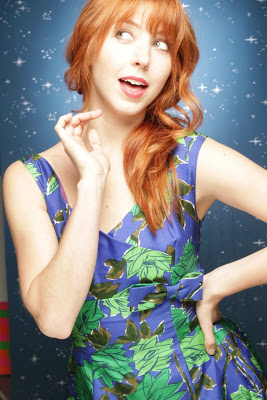 Take the new Wendy’s girl. If you’ve never thought about this new fresh-face is, here’s the skinny. This woman is Morgan Smith Goodwin, but her Facebook says she’s Maggie Mae Morgan. She’s an actress/singer, but I don’t see any IMDB page for her. Her website is supposed to be here, but I get a 404. Does this woman exist?

Aside from information more contradictory than the bible, she’s from the south and been in a few plays/musicals. And she’s a big fan of Celine Dion. 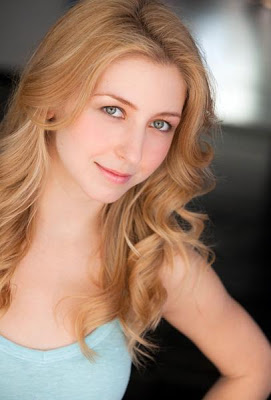 She’s really a blonde. This surprised me. I mean, I know her hair color is artificial, but I didn’t it was that artificial. I don’t know why she had to have red hair — her connection to the freckled girl on the Frosty cup is tenuous at best. Just because you have an image doesn’t mean that image has to be your ad man. 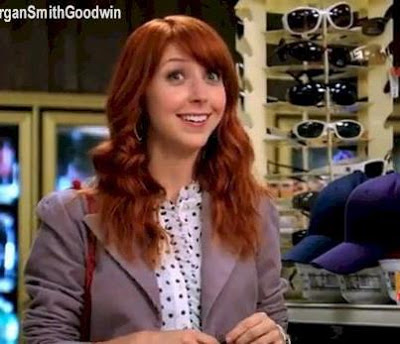 Still there’s something transfixing about her. Sometimes in a good way, sometimes in a bad way. The way she encourages the girl to pick a fresh Wendy’s salad instead of one at the supermarket is cute.

Then sometimes she’s passing by a garage sale she has no association with, tempting the guy in the Lay-Z-Boy with a Baconator in his face. 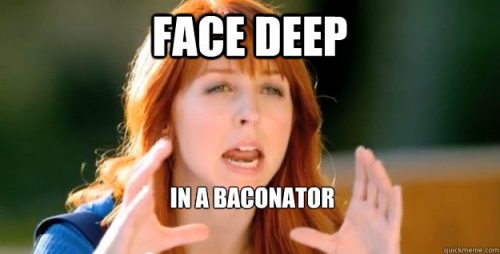 In the most recent one, she trolls the hipster who keeps spoiling the ending to movies they’re trying to watch. Something about the deadness in her eyes as she tosses the keys to him, saying they’re driving to Wendy’s, I can’t turn away from.

But isn’t that the mark of a good spokesperson? That they keep you captivated, paying attention. She has great delivery, great charisma, and great energy. 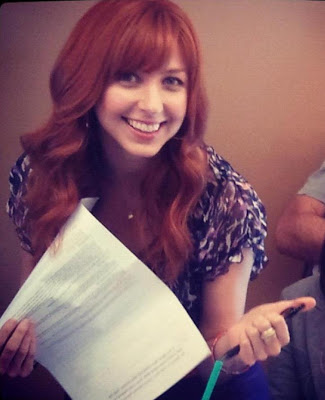 I’m not sure if I want to keep seeing her in Wendy’s commercials. Her first ones she had a cute Alyson Hannigan vibe, offering alternatives to cruddy food. Now she’s become like a temptress. The Jezebel of fast food. 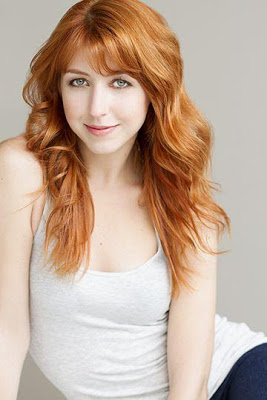 Also, they are starting to get a little samey, especially the endings. She overlooks the victims of her trysts, stuffing their faces with greasy carbohydrated cow meat or hormone-laden chicken parts. She smiles smugly, satisfied. Like a king’s concubine who’s just finished her service, again proving why she’s his favorite, as she says “Now that’s better.” 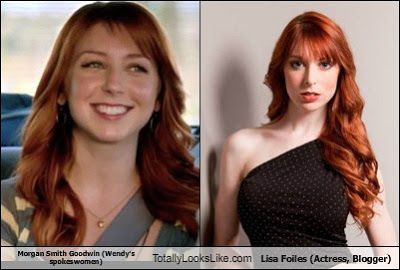