I saved the best for last. This is not just my favorite fan fiction, this is one of my favorite stories of all time.

I love it so much that I dedicated a portion of my free time in college compiling, typesetting, and forming a print version of it for my own personal bookshelf. And this wasn’t just doing a straight print command from the browser. I wanted a nicely formatted and professional looking edition (for a three-ring binder). This was not easy. I was using Microsoft Word 95 for Christ’s sake. And I didn’t know a thing about macros then.

Think about that, for those of you who used Office for anything other than churning out a three page paper. This entailed sectionalizing each page, monkeying with the margins, altering each little space, customizing headers, dealing with multiple fonts, and repeated screw-ups when I made a global change and accidentally overwrote something. This is a 600-page document! With table of contents, title page, and appendices at the end. When it was finally done, I put it in a white binder with the image you see above.

And you know what?  I never cracked it open.

Well, I’d already read it. And it was in a large binder — not exactly convenient to tote around. And you know, when I glanced at it a few years later, I realized I’d made the font too small to be comfortable, in my effort to conserve paper and space. I later used Lulu to make a real print edition and this took just about as much work. But at least I had my experience on my side.

Why? Why go through all this? How could I, for any other reason, than that I love this story so much. It takes place after the emperor Shao Kahn has invaded the Earth Realm. Everyone stands frozen in time as their souls are sucked out one by one. Only a handful of people survive — chosen heroes by the good guys — but Kahn’s extermination squads of centaurs and mutants are hunting them one by one. The heroes must survive long enough, both from the extermination squads and themselves, to get to Sanctuary, a protected area on Native American grounds.  There, they can safely plan the counterattack and unite. Or will they?! 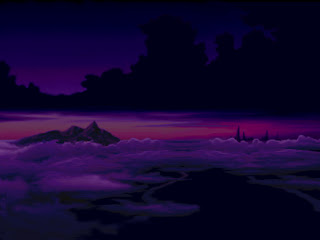 That’s the set-up and fantastic as it is, the characters are even more so. The main one is Lei Wulong — an international cop fighting alcoholism (which is not a big help when trying to survive an apocalypse). He’s a character in Tekken and about as perfectly formed as he can be. Also in play is Jun Kazama, a gentle healer. Then there’s Liu Kang, the main hero of Mortal Kombat. What’s interesting about him is that he’s not sympathetic, not friendly, and not even in the serious Bruce Lee kind of way. He’s an asshole, and he’s supposed to be one of the heroes.

That’s on the good guy side. On the bad guy side is also a stellar sub-plot, the star of whom is Lee Chaolan. Lee is the adopted brother of Kazama Mishima — Tekken’s main bad guy — who’s working for Shao Kahn. He used to be the head honcho of Big Company, but when his brother won the tournament, he got knocked down.  And it’s interesting to see the characterization of a man who was once so high up, now taking orders and beatings.

But if I go on about characters, I’ll be here all day. There are so many of them, from Tekken and Mortal Kombat and some games in-between, like Killer Instinct and Soul Calibur. All the greats are here, but they’re so different, and yet so the same, and yet so awesome. There are giant martial arts battles, sorcery, betrayal, danger, romance, and action. There are fantastic plot twists only a man like Victar is capable of.  The story goes from survival to character study to detective story to courtroom drama to epic frickin’ battle with dragons and ninjas to war movie.

The fun part about this fan fiction is seeing all the little easter eggs, the little character tweaks, the different situations. In the games, all you ever see of Reptile and Kabal is  beating people up and shooting energy balls out their fingers. You don’t imagine Sub-Zero would be a scientist, but he is, and it works. You don’t imagine Stryker as a mute PTSD survivor or Nighwolf as a computer programmer/shaman, but it works. It’s the same reason they keep making video game movies — because every so often you see some little glint of the game you loved so much brought to real life, and you smile.

Every page is full of that. When I first opened this story, I knew all about Mortal Kombat 3, but I knew nothing about Tekken. I mean zero. I knew the game existed, but that was about it. This was a serious disadvantage, because the backdrop is from Mortal Kombat 3, but the characters and plot lean more toward Tekken. And this means I miss out on the existing character relationships. But this story is like Lord of the Rings or Les Miserables. So while the characters do have some connections with others, they are their own. Obviously, in the game, you don’t see Lei Wulong with a bottle of brandy, and you don’t see Liu Kang with a temper. What I’m saying is you don’t need to know about MK or Tekken to enjoy the story.

And it’s truly a beautiful story. On par with Patrick Rothfuss, Neil Gaiman, and George R. R. Martin. You should be reading it right now. I wish I knew what Victar was doing these days. I hope he’s still writing. Maybe he’s really Joss Whedon and Victar is his beard. Stranger things have happened.