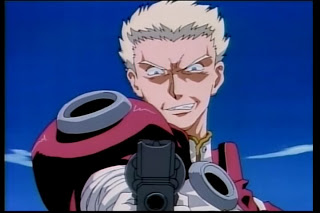 Trigun is like Evangelion. It started as a shounen story — meaning its audience is young boys (middle school/high school). Just like Yu-Gi-Oh, One Piece, Ranma 1/2, Bleach, and Naruto. Nothing too serious, usually with lots of goofy guys, grumpy girls, and comical situations. But halfway through its run, it stopped being shounen and went a different direction. A mature direction with lots of violence, adult situations, and angst.

Personally, I think this is a winning formula. It starts off light and fluffy and becomes dark and depressing (and confusing). It’s how you know things have changed, that the characters are evolving and the goal posts are being pushed back. This also creates great fan fiction.

When Dreams Change focuses on Trigun’s main enemy, a person you barely ever see, but is the hand that moves the plot. His name is Millions Knives (or Knives Millions, depending on how you translate — both are equally ridiculous). Knives is the brother of the main protagonist, Vash, both of whom are sorta aliens who start as human babies and grow up on a generation ship.

The basic theme of the series is “do you kill the spiders to save the butterflies?”, made apparent when the two brothers diverge.  Vash is the good, but unlucky guy with a no-kill policy.  Knives wants to either genocide or enslave the inferior humans (after he’s mistreated on the ship). 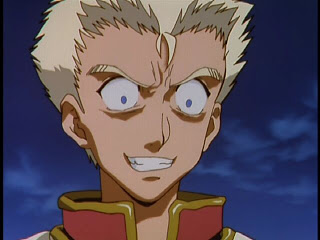 He’s a fascinating bad guy, much like Hannibal Lecter or Othello‘s Iago in the way he manipulates events to both destroy his brother’s ideals and gain power.   But he’s the secondary character in When Dreams Change. The real main character is a Mary Sue.

Whoa, what? Did he say that? One of the deadly sins of fan fiction? He’s recommending a Mary Sue?

Well, I don’t have verification of that, but it feels like a Mary Sue. It’s a self-insertion fic that starts right at the point of entry. There’s no explanation of why she’s there. There’s no back story, until it’s slowly revealed throughout . She’s not perfect. In fact, she’s rather bitchy, cold, and unlikeable. (I’m not doing a good job of selling this, am I?) But as the story goes, her troubled past comes out (and boy, is it troubled), and you learn why. And it works, it’s plausible, and it’s earned.

It reminds me of if a young girl went on a road trip with a Terminator Hitler. It’s long, but worth it, and you know how I like those slow burns. It was well-written–I felt like I was there, like I was feeling the character’s pain. There’s charm in the journey.  It’s a great example of an injection story done right. I just hope that’s not the real author’s back story.