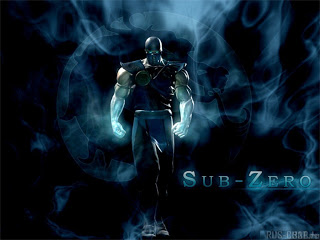 The first on our list is “The Coming of Winter” by Victar. I don’t even know the dude’s real name (assuming he is a dude), but he is, and so far still is, my favorite fan fiction author. He wrote my all time favorite, “Ashes of the Phoenix” which you’ll hear more about soon. I encountered Victar’s work during my Mortal Kombat phase, and was just getting into the World Wide Web. This was when web WebCrawler, AltaVista, and Yahoo were the top searching sites, and Google was just a gleam in someone’s eye. I found MK fan sites, and with them, MK fan fiction. There wasn’t much, so it was easy to consume quickly. The best were those written by Victar.

He was able to make gritty environments, hardcore characters with differing personalities, and intriguing plots that went way beyond the Mortal Kombat universe. And that’s what fan fiction should do–take the existing universe and characters and raise it up to a higher level than the medium they exist in ever could. You can’t have stories like this in a street-fighting game. Those games focus on junky blurbs to give the players something to ground on. That’s why we rely on authors like this.

But you want to hear about the story. “The Coming of Winter” takes place after MK1, after the death of Sub-Zero (the first) in the MK1 tournament. The story alternates between his quest to escape the Underworld/Netherealm/Hell and the story of his life in the Lin Kuei, as told in flashbacks, up to his death. We see his brutal discovery of his power, his rise to the leader of the Lin Kuei, and his experience at the Mortal Kombat tournament. Granted, most elements in the story are now negated by MK mythos (Scorpion’s role, Noob Saibot’s origins), because this was written around the time MK3 came out.

Victar was the progenitor on my quest to become a capital-A author. His writing was tight, full of action and intrigue. The story never ceases, never slows down. It’s always moving forward to something, and it’s full of great crossovers and easter eggs that reward you for paying attention, if you were into video games. It never strays from the Mortal Kombat style, like other fan fictions that try to make an adventure into a romance. Don’t let the fan fiction tag fool you. This is the best thing you’ll read all day.