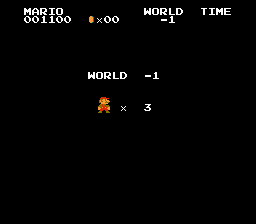 Since I’m noticing trends these days (and why not, I’ve got nothing to do but stare at the ceiling while contemplating civilization and life and the meaninglessness of time), here’s another one.

Is it just me or is there a thing about horror movies and thrillers hinging on some kind of subworld? Especially since the year 2000. Stranger Things has the “Upside Down”. Insidious has the “Further”. Coraline has the world of the “Other Mother”. Get Out has the “Sunken Place”. Even Us had a subworld with its secret lab maze under the carnival. I didn’t see Don’t Blink, but I guess that has some kind of Bermuda Triangle thing going on. And there’s the room in 1408, although I think that might just be haunted.

I know alternate dimensions are nothing new in speculative fiction, but it seems horror especially has been using this as a trope lately. Why? Usually horror movies prey on fears that consume us in our current society. But I’m not sure which one this is or why it’s coming up now. Is it preying on the fear that there’s some kind of other society that we know nothing about that could rise up and invade any time?

Is it rooted in climate change? The “Upside Down” does look pretty polluted.

Is it manipulation? In both Get Out and Coraline, the extra dimension is used as a way to placate the victim, luring them somewhere so the bad guy can parastically use them.

Is it… is it… ghosts? I’m sorry, I can’t think of anything for Insidious. That movie was so stupid (and the impetus for this article) I had to write something about it. I mean, the bad guy is called “lipstick-faced demon”.

Aren’t we a little old and jaded to be scared of “demons” and “ghosts” anymore? Didn’t Buffy put that whole genre to rest? Nowadays, horror’s family-oriented (The VVitch, The Babadook, Us, A Quiet Place) or functional relationships (It Follows, Get Out). Not ghosts and goblins.

Or maybe it’s just me who’s old and jaded. I’m so jaded Indiana Jones tried to steal me to put in a museum.