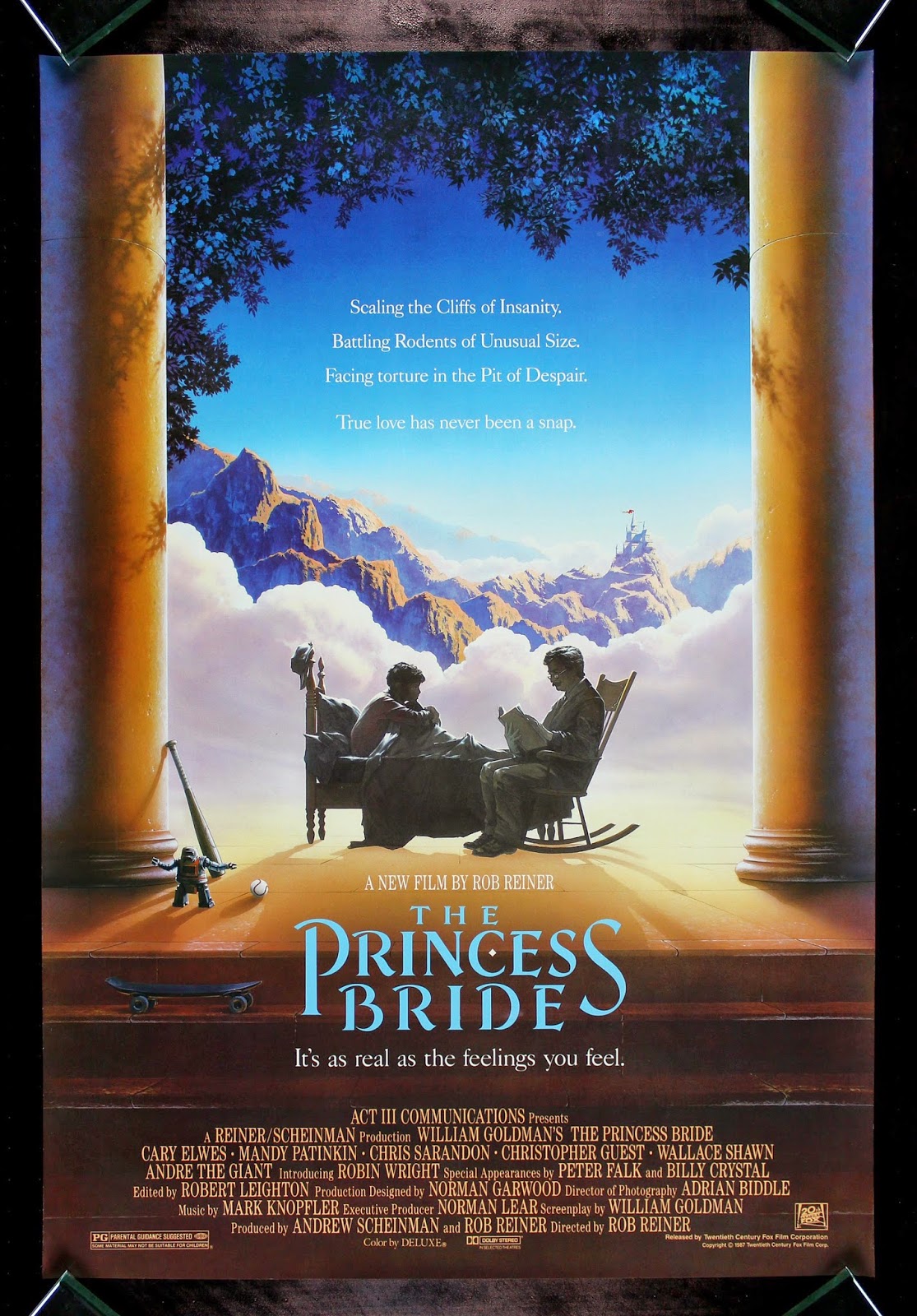 Remakes.  I’m always paying attention to them, since movies I liked as a kid are now being redone or rebooted.  I was re-reading “The Princess Bride” and it got me thinking — should they remake this movie?  It’s been 27 years, and with films like Robocop and Transformers and Indiana Jones and Ninja Turtles and Star Wars appealing to nostalgia, “The Princess Bride” is a candidate to get picked from the hat.  But where those movies don’t need a remake, I wonder if this classic could use an update.

One of the determining factors in deciding “update-or-nodate” is whether the movie would be better without one.  Short Circuit doesn’t — its effects fit. Number 5 is supposed to be a clunky robot.  That’s part of the character, since his conflict is convincing people that he’s sentient.  You don’t need flash for that.

RoboCop doesn’t need one because its motif was satirical and provocative, like MAD magazine (whereas the remake took itself too seriously, and was thus bland and forgettable).  It thrived on the over-the-top characters and gross-outs with practical effects.  But The Princess Bride suffers some flaws that, if corrected, could turn a good movie into a great movie. 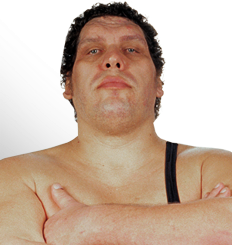 For one: casting.  I love Andre the Giant as much as anyone.  He was a great man — brave, generous, kind.  But I cannot understand him when he talks.  I don’t know why they didn’t ADR his dialogue.  Everyone on set had issues with his speech.  Mandy Patinkin had to slap him to get him to speak clearly.  And kids especially have trouble deciphering thick French.  It took me years to comprehend this rhyming thing they were doing.  Thing is, I don’t know who would play him now.  But “Lord of the Rings” showed that you can screw with perspective to make people seem larger than they are.  Shouldn’t be difficult. Maybe another wrestler like The Rock?  He is supposed to be a Turk, after all. 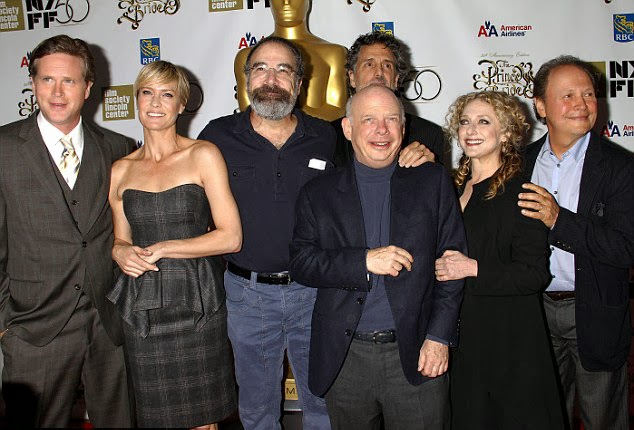 Mandy Patinkin — love him as Inigo, plays the hell out of it.  Cary Elwes — a decent Errol Flynn replacement.  Billy Crystal — go-to guy for comic relief.   But everyone else, pretty forgettable.  Robin Wright is a willowy damsel-in-distress with no personality.  Wallace Shawn plays obnoxious well, but not menacing.  And he’s not even Sicilian.  Prince Humperdinck is the villain, but he’s so bland.  In the book, he’s a great white hunter.  Like, to the extreme.  As in “The Most Dangerous Game”.  That doesn’t come through in the movie.

Neither does Westley and Buttercup’s love.  It’s supposed to be a love story, but they go right from master-slave to undying love in the blink of an eye.  It’s glossed over.  In the book, it happens pretty quick too, but at least there are some causation around it.  The movie pretty much starts when Buttercup becomes engaged to Humperdinck.  Everything before that is prologue.

And speaking of Buttercup and love, I think that could use some changes.  It surprises me that girls rate this as one of their top movies, but fails the Bechdel test.  And it’s kind of misogynist.  When Buttercup is pleading to the Man in Black, he replies “And what is that worth, the promise of a woman?”  Any other woman in the story is a hag.  I understand it’s thematically linked to nostalgia for swashbuckling adventure.  But come on. 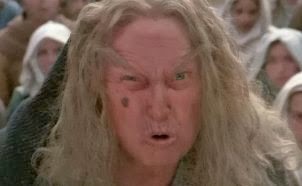 Besides that, there are lots of little missed opportunities that the movie skips.  And it’s not stuff that’s unfilmable like “Hitchhiker’s Guide to the Galaxy”.  There are lines of dialogue, like when Fezzik says the man in black has defeated Inigo, and Vizzini says “no he hasn’t” and Fezzik says “Oh, my mistake.  Inigo has defeated him and put on his clothes.  And gained twenty pounds.”  And he’s not being sarcastic, he’s sincere.  That’s what makes it funny.

And plot points like the details of Inigo Montoya’s father’s death, or that the white horses Fezzik finds at the end are actually Humperdinck’s prized steeds that he and only he rides, jumping from one to the other so that none get tired. 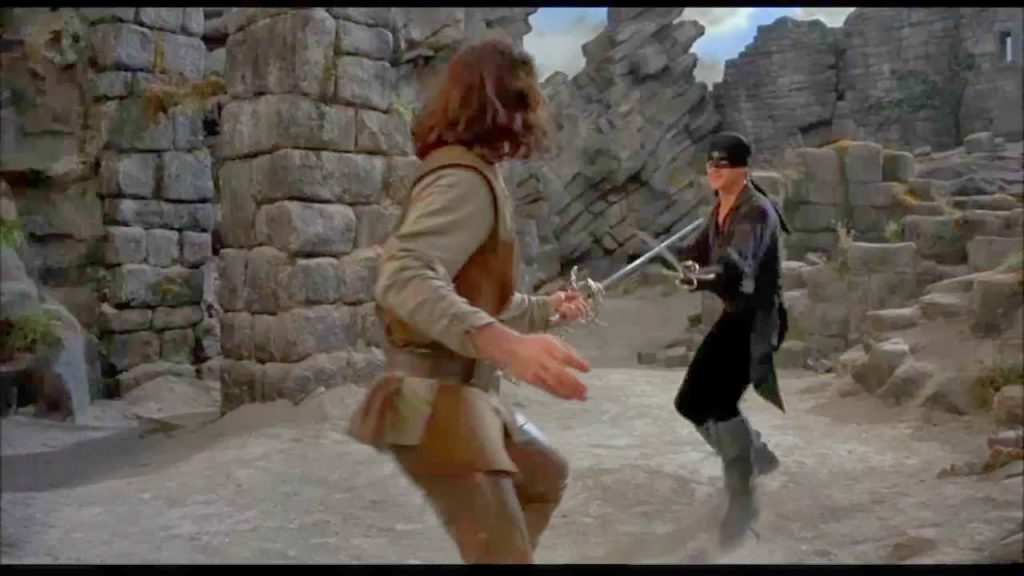 And a bigger budget wouldn’t hurt anything.  The place where Inigo and Westley have their fight is so obviously a set, it makes my eyes hurt.  It looks like it was borrowed from Star Trek.  Buttercup is clearly on wires when she jumps out of the castle.  The rocks fly like Styrofoam.  And need I mention the R.O.U.S.’s?

When deciding whether you want a remake, the big question (assuming you’re not a money-grubbing studio exec) is whether or not you can improve on the original.  It’s not just upgrading.  You have to offer something new.  Something you couldn’t do in the past or had to leave out, due to time or budget or director disinterest.  Could a new “The Princess Bride” be better than the original?  Yes, I think so.  I think it could even to the point where it would replace the original.

But the bigger question is, would it work today?  These days, it’s all superheroes and CIA agents.  The Princess Bride was based on stories of Alexandre Dumas and Robert Louis Stevenson.  Did you see Hollywood’s last attempt at Robin Hood with Russell Crowe?  It looked like Nottingham Forest had an apocalypse, it was so gray.  The closest equivalent now are those “Give Me Back My Daughter” blow-em-ups or Pirates of the Caribbean, which hinged on supernatural elements (and Johnny Depp).

So, I’ll let people better than me decide this one.  In the meantime, I can be satisfied with my DVD and my book. 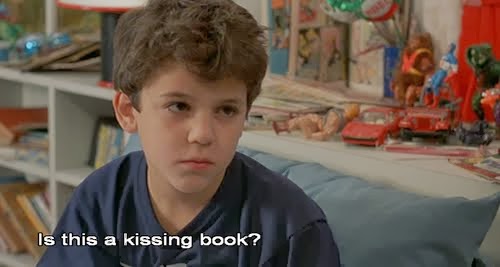