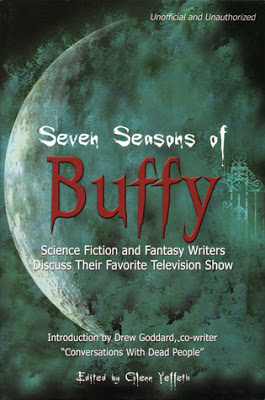 Like “The Girl Who Was on Fire: Your Favorite Authors on Suzanne Collins’s Hunger Games Trilogy” edited by Leah Wilson et al., a lot of the essays in this book start getting samey. The power of friendship, sexiness of vampires, who should Buffy be with, wiccan good, love the earth, woman power. It starts feeling like refined versions of online editorials, only by professional authors.

And that’s saying something because, unlike most things, I did not lurk on Buffy web sites. I didn’t read the analyses or identify with a main character or get into discussion groups. Mostly because I wanted to avoid spoilers, but because I thought the TV show, by itself, was perfect. Anything extraneous would sully it, like dumping a bunch of toppings on ice cream. 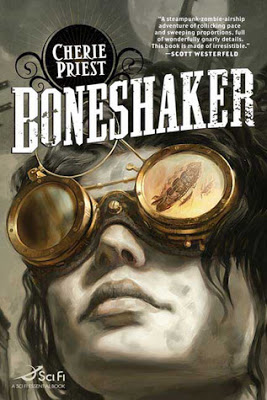 I just could not get into this book. It starts strong, with a steampunk driller and a blight that causes zombies and a part of Seattle walled off into a “Quarantine Zone” and it’s all in 1899. But then the scope changes and it never gets around to anything interesting. It’s like buying an album based on the single, which is the first track, but every other song sounds nothing like it — plodding and missing that energy.

There aren’t really any plot twists. No realizations. It’s just straight-on action. Fast-paced action, slow-paced style. Every little thought, every little sound is dragged out. To the point where the action sequences have no point, because you know they’re not going to kill off the main character. You know no consequences will happen. So I ended up skipping whole pages just to get to the next plot event.

The central “What if” is good enough, but the author didn’t make me care enough about the characters to not skip to the end. And the central question doesn’t get resolved until the last two pages, so it makes me feel like the middle was filler. It felt like a screenplay — lots of visual action (which I don’t like in a book). Maybe it’ll make a better movie, which it will be. 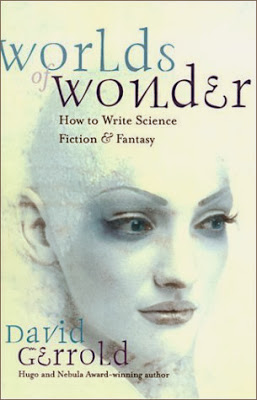 Worlds of Wonder: How to Write Science Fiction & Fantasy by David Gerrold

It’s hard to say whether I should recommend this one or not. On one hand, I was looking for science fiction and fantasy specific advice, and this doesn’t have it. It’s really just another book on writing, which I’ve read enough of.  And I’m starting to get the same advice over and over. There wasn’t much here I didn’t already know.

On the other hand, I like Gerrold’s style of writing. This was definitely better than Bird by Bird and comparable to “On Writing” by Stephen King.  He makes the book fun to read.

On the other other hand, the examples that Gerrold cites are all his own works. And they are looooong examples. At a certain point, it makes me wonder whether this volume was as self-promotional as it was self-help. 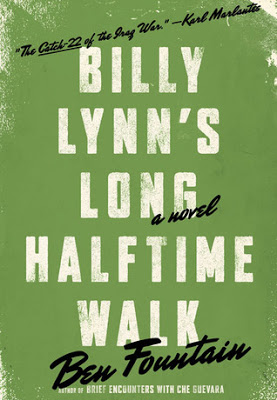 Geez, I haven’t given up on a book since May-June 2012 and suddenly there’s two in the same reading period?

I gave it 100 pages, then decided it was just not for me. I wanted to like it — it was the only “Top 10 Books of 2012” that looked interesting to me. But it’s just too post-modern literary realism. The story just kept spinning its wheels, retreading over territory. I got bored.  It’s all literary and poetry and the plot never moves. I guess it’s more character profile than story.  I’m sure it’s a good book, it’s just not for me.