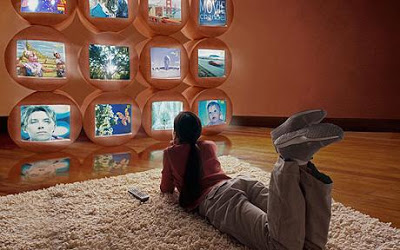 Am I the only one getting sick of people telling, no DEMANDING, that you should be watching this-this-and-this show? Why aren’t you watching it, they say. It’s fantastic! It’s awesome. Here’s a bunch of in-jokes you won’t get unless you’re watching. You’re a bad person if you’re not watching it. Here’s a short list of all the shows that I’m a terrible person for not watching

And these are just the shows that are on now. There’s a slew of old shows, both new and classic, that I should be watching.

The same goes for books too, which is more insidious because they take so much longer to complete. And if it’s a series? Better have two lifetimes. And forget about re-reading any favorites.

People, could we please all agree that we all have certain TV shows we like, and no one is obligated to watch any others? Because you limit your TV viewing to a few personal choices, that doesn’t make you an ignorant Luddite? Can’t I just watch Battlestar Galactica and not get judged for my choice, or lack of choosing any of the others? Let’s not make this into a war, could we?