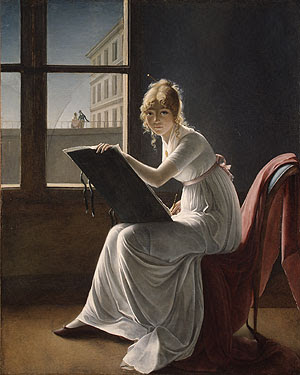 I don’t think anyone knew this, but I was extremely nervous releasing “My Philosophy on Writing Women, Part 2 — The Debate”. For many weeks, I scrutinized each line, tried to be fair, but drew on my own experiences, exercised my critical thinking.

Several times I almost erased the whole damn thing, thinking it would be easier on myself to avoid the potential controversy and heartache. I foresaw the same sites and people that targeted me before saying “Oh, here goes this douchebag again, making blanket statements. Let’s rage-sult him mercilessly and make him feel bad for shit he didn’t even write.” But I continued because that would be cowardice, a waste of hard work and an opportunity to learn.

And not one comment. I threw a war and nobody came. I suppose it figures.

But as they say in South Park, I learned something today (or rather, that day… or really over the past few weeks). Like fellow budding writers, I keep asking the question of how to write women. How do I write the unknown?

That’s not the entire equation though. You can’t just write the unknown, you have to write the unknown plausibly. And for that you need knowledge and experience. So you ask the question of how do you write women characters.

But that’s the wrong question, because that’s not how it works. You don’t just write women characters. You write characters. And those characters are recipes composed of several elements, including gender, history, back story, family, fears, likes, wants, and so on. We keep asking a question that cannot be answered.

You may as well ask, how do I write a disabled character? Obviously, being disabled is going to have an effect on the character, just like being a woman or a man would. The question is, what is that effect? Because each character is going to be different. One might see it as an obstacle to overcome, and remain perky and optimistic. Another might feel ashamed and hide from the world. Another might not care either way. Another might be totally secure about it. Another might resent everyone and everything. Lots of different ways you can go with it, all of them could be correct, as long as they’re justified and based on the character’s back story and experiences.

Of all the books I’ve read about writing advice, tips, and suggestions, none of them had a chapter on how to write women characters. There are notes about characters, but not about any specific type. I think that’s because it’s impossible to detail that far. There are tropes and there are parallels, but there’s no template for a character with a certain physical feature.

The setting and characters make your plot. Change one and the whole thing changes. Alice in Wonderland would be different if it was a boy of the same age. (Of course, Charles Dodgson wouldn’t have been as interested. HI-YOOOO!)

The goal is not to make stories about strong women. For one, I think “strong women” is a misnomer. If you always write about strong women, you overuse a cliche archetype. They can’t all be Lt. Ripley. And strong women don’t always equate to likable characters or identifiable characters, which is what you should be going for. There’s plenty of stories about weak men — Kafka’s “Metamorphosis”, “1984”, “The Catcher in the Rye”, “MacBeth”. And most stories are about a weak character growing stronger anyway, like “The Wizard of Oz”, “Harry Potter”, even “Twilight” (sorta).

So, in conclusion, here’s why you, as a beginning writer, shouldn’t worry about asking this question. Because the thing is, I don’t think you’ll ever be called on it. For example, “Twilight”. There is a ton of criticism about Bella as a character. How she’s weak and obsessive and wimpy and inexpressive and dull — which boils down to saying it’s not how a woman should act. But I’ve never heard a criticism saying it’s not how a woman would act.*

* The same does not apply to men. For example, this scene from Airborne, a teen rollerblading movie, where two teenage boys put on a Fashion Show Montage. Played STRAIGHT. No guy does that.

Finally, I’d like to end with this quote I found (sorry, I totally don’t remember where I got it from — I suck at note-taking). I think this quote can give the answer that the beginning writers, like myself, are looking for. Because I’d like to be optimistic and think that the reason we want to “get it right” is because we don’t want to be like our predecessors and cement women into stereotypes or scantily clad nymphos or token victims.