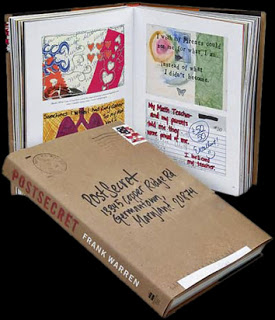 It’s not a big argument, but one of the criticisms of the #Occupy movement is that it’s ridiculous to assume that 1% of anything could have so much power.

Well, let me demonstrate what 1% of something can do.

Three months ago, PostSecret released an $1.99 iStore App where users could post pictures + messages of their secrets. All anonymous. Searchable by location. Secrets could be favorited and hearted. But it acted as essentially a large bulletin board for humanity.  Shortly before the end of the year, it shut down.  Anyone who bought that app (especially in its last month of lifespan) found that they had wasted their two dollars.

“55% of the secrets were created in the spirit of PostSecret. Unfortunately, the scale of secrets was so large that even 1% of bad content was overwhelming for our dedicated team of volunteer moderators who worked 24 hours a day 7 days a week removing content that was not just pornographic but also gruesome and at times threatening.” (from the PostSecret blog)

There were 30,000 secrets posted a day. 1% of that is 300. But that’s 300 random, at any time, posts that required constant vigilance to eliminate. I know what’s out there on the Internet. It’s horrible. It’s not for the timid. It demonstrates some of the worst humanity has to offer. Aliens would shoot us outright if they saw it.

PostSecret is a good thing. It’s connected people. It’s given people hope. It’s stopped them from committing suicide. When someone posts a secret, there are a hundred readers out there that now know they are not alone. It’s let people give Christmas presents to those who were lost. It’s found dates for people. It’s given people courage to say what might not be popular, but might be right.