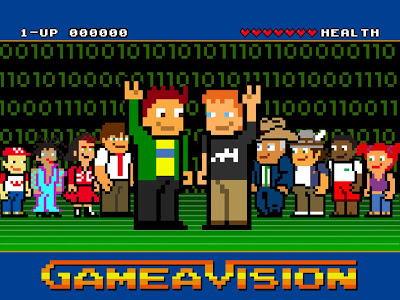 I recently watched Code Monkeys on Netflix. It was a short-lived animated sitcom about a video game company. The animation is done in 8-bit style pixelation and abound with video game references (for example, they have to jump over a pit of spikes to get to the meeting room, and the top status randomly flashes lines relevant to the plot, like an aggression meter or points scored). This is the kind of show I would be all over.

None of the characters are likable. The main character’s co-workers is one of those “Stiffler” guys who constantly makes sexual and homosexual remarks, humps everything, and without fail, tells the hero to do the exact wrong thing. He puts a turd in the microwave, which explodes. The IT guy is obese, naked, and egomaniacal. The one black guy is angry all the time. The company is led by a stereotypical Texan who doesn’t know anything about video games and seems only concerned if you’re gay or not. He has a jock son who berates the other workers, but is dumb as a rock. The two girls are bland and only exist to be girls interested in video games.

Why is it that so much nerd humor, especially plot-oriented works, revolved around people being douchebags to each other? That totally goes against likeability, and that is a key element to any successful series. Look at Friends, Cheers, The Fresh Prince of Bel-Air, I Love Lucy, The Simpsons. These are all likeable characters you’d love to spend time with. In fact you do, a half hour a day or week. Sometimes more if its in syndication. But none of these are geeky shows.

I think this is why nerd humor fails to gain an audience. I find the writers too often, scrapping for characters, just turn them into jerks so they can have some potty humor, some plot contrivances, and to get the show moving. Not valid. 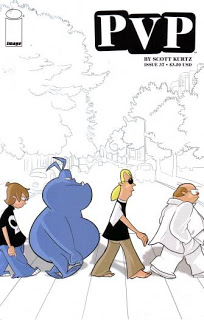 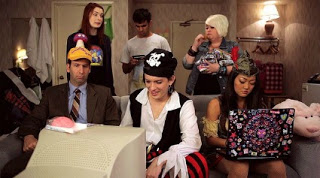 In The Guild, there is a vast blend of characters, from the ditzy to the hyper to the egomaniacal to the perpetually angry. They’re highly identifiable, like personality silhouettes. Most of them are non-empathetic jerks. But it gets made up for by the fact that they are get knocked down pegs during the course of the show. Vork’s single-minded frugalness, Bladezz’s stardom, Zaboo’s child-like ADD — they make fun of themselves, and they learn from their fatal flaws.

Then there are some nerd shows that didn’t make it because no one got along, and they were all jerks. Heroes – even in the first season the character relationships showed up. The only person I wanted to see was Hiro, the lovable geek who was the one person who actually enjoyed his power. The rest were criminals, greedy, or idiots. No one got along, they were always in conflict with each other. 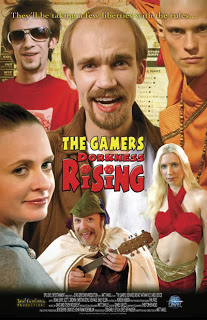 I rented a movie on Netflix called “The Gamers: Dorkness Rising”, about some D&D players. I guess it was a low-budget film, but the plot was awful. None of the main characters got along–it was like they went out of their way to be absolute dicks to each other and screw each other over in the most petty ways possible. Like being characters that you can’t be, or constantly trying to have sex with NPC’s – in the middle of the throne room. I stopped watching midway through. And I NEVER do that.

There’s a place for geek humor — look at The Big Bang Theory. My wife can’t get enough of it. It’s amazing that it was created by the same guy who made “Two and a Half Men” — the two couldn’t be more opposite. Those guys are a lot more likeable — they’re not egotistical, they’re awkward, they have trouble in social situations, they try and fail, then try again. That proves there’s A) an audience and B) it can be done well. So let’s get some more of it.