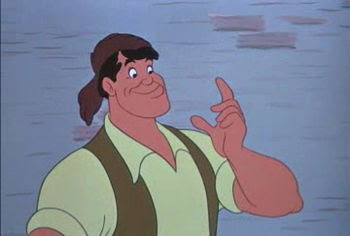 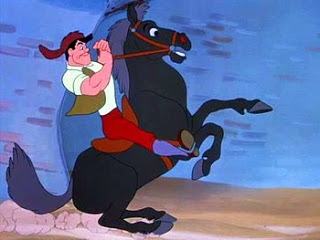 First Impression: He races through town on a horse (foreshadowing) terrorizing the townspeople, but evoking laughs from his friends. He pops the top on a keg so they all can drink, but also makes sure the dogs and horses get a taste. Talk about a Save the Cat/Pet the Dog moment. One gets the impression that, in this village where how well you can run a farm is valued, Brom is top of the pops. How much consideration he has for the fellows around him is variable though. 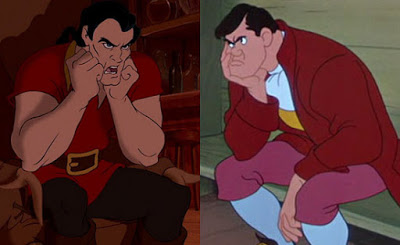 Appearance: He’s got the sinewy biceps of Gaston and the silky voice of Bing Crosby and the lantern jaw of a superhero. Might need to update his haircut though. 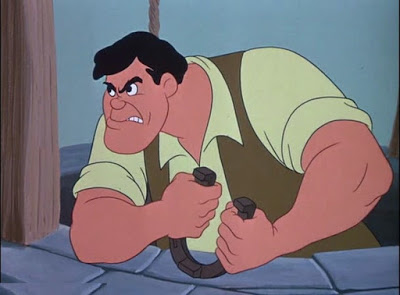 Intelligence: Above expectations, as one would expect for the musclebound. There’s not much evidence of book-learning, so don’t expect to bring him to Shakespeare in the Park on your date. But one hopes he doesn’t dismiss aspirations of wisdom. 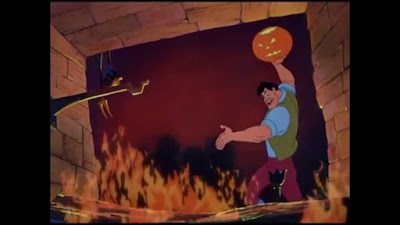 Job/Source of Income: Don’t discount the fact that he’s a blue collar worker. This was a valued occupation in this time of America’s youth. And I fully expect him to make something of himself, if not through who he knows than through hard work. 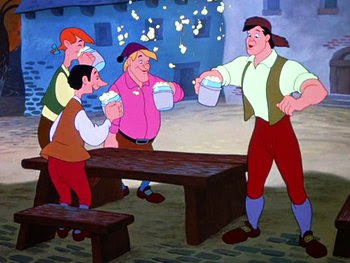 Sense of Humor: He’s a brute, but he’s jovial. Loves a good practical joke. Problem is, that kind of humor is antiquated. But he can spin a good yarn.

Quality of Sidekick: This cartoon’s too short for Brom to get a proper sidekick. Everyone in town’s a little bit his crony, so maybe if you lump them all together? Or maybe you can call Katrina Van Tassel his sidekick? Except instead of a toady, she’s playing with his heart? I dunno, I’m reaching here.

Relatability: Hard to judge. The only other female in this short is a stuck-up rich girl who doesn’t speak. So if you’re a sorority sister, consider this an all-points bulletin. On the other hand, he does get into some hapless shenanigans and slapstick, and that’s always good for sympathy.

Talent: Stay close by him to make friends and advance your influence among the little people while you use your money to ensnare the elites. I have no doubt Katrina and Brom went on to control the town after their marriage. 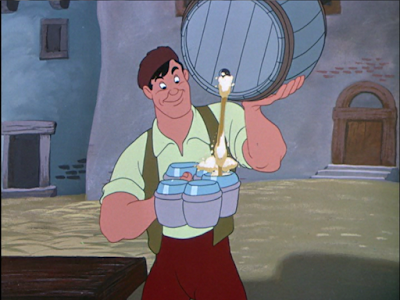 Does he have a name? First and last. Above the median for Disney princes