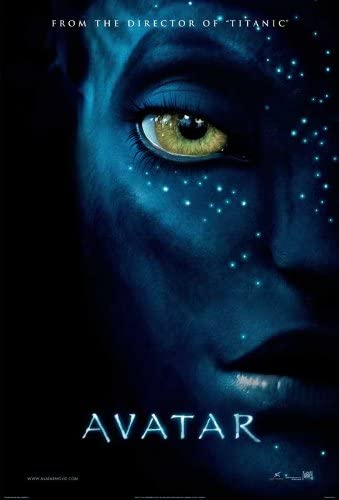 I finally got to see Avatar, and boy, this movie delivered on everything people said. The camerawork and cinematography are top-notch. The CG is unparalleled — I couldn’t tell who was live-action and who wasn’t. No more actors sitting in make-up chairs for six hours. No more complicated sets and props. The fact that the movie was released in so many formats (2-D, 3-D, 4-D!) means it’s going to change the movie-going experience. It’s going to change everything. Movies are not going to be made the same way again.

Oh, wait, no. Sorry. That’s what everyone THOUGHT it was going to do.

Remember when Avatar came out? Commercials were everywhere. It was supposed to be this big thing, the next big thing in movies. It was going to take you by the balls and show you the future. It was going to be the next Titanic (and why not, it was directed by the same guy, who hasn’t made anything in between). And then it came and everyone said “it was good, but not great”. Personally speaking, everyone I talked to either said the same thing or hadn’t seen it. It was the most popular movie in the world that no one had seen.

Right away, both I and my wife knew it was going to rip off “Dances with Wolves” hardcore, along with other melodramatic action movies like “Glory” and “The Patriot”. And our predictions were fulfilled and more. The plot could not be more formulaic. You know exactly what’s going to happen. You can read the foreshadowing like a book. You know the bumbling corporate exec is going to get his because his first line is “those blue aliens are sitting on my money”. You know the pig-headed military man is going to use his Aliens-rip-off front loader at the end because he gets into it for no purpose other than to show off Chekhov’s Gun. It’s the only way a human would have a chance with a nine-foot Amazon ninja. And of course, when everything is going all right, and you’re integrated into the Na’vi environment (after flying with dragons and making snoo-snoo with the hot tribal princess) that’s when your former allies show up, ready to make everything really, really bad again.

Then there’s the stereotyped characters. For a movie touted to be in so many dimensions, they didn’t spend any on the characters. The military man is pig-headed and inhumane. The scientist is more interested in collecting samples than preserving her life. The CEO can’t talk about anything but money (Christ, his name is SELFridge). There’s the nerd who can do nothing but spout facts from his 5 year education and get mad at anyone who doesn’t know as much as him. And the main character is a brash asshole that somehow gains the trust of the people because he’s a brash asshole who seems like a cute kitten.

And my last thought is this: as the Na’vi are marching all those military personnel back to their dropships, like a reverse Trail of Tears, I thought: those guys are going to be back. Wouldn’t you be back if you were on the human side? I would be pissed. A bunch of lanky blue guys with arrows and pterodactyls just fucked the shit out of my spaceships, missile launchers, and mini-guns. Hell no. America does not take defeat like that. Ever hear of chemical warfare? Bioweapons? Let’s see a flying dragon deal with some anthrax. How about a little herbicide on your tree of souls?

All they want is the phlenobotium under the planet’s surface. You don’t need the stuff on the surface to get it.